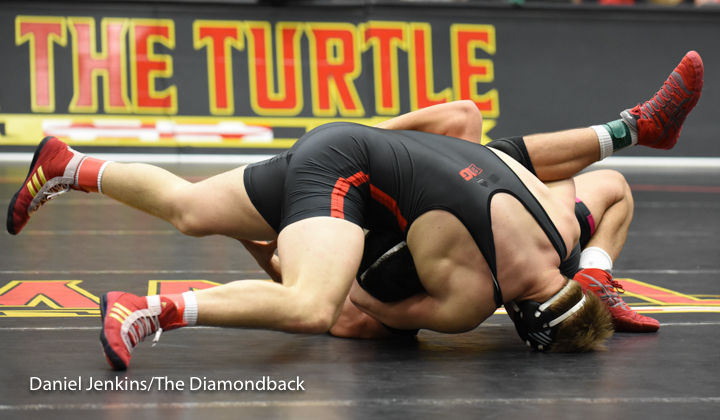 Terrapins heavyweight Youssif Hemida is quiet. He rarely basks in his achievements and often smiles as he walks around the campus and Xfinity Center with teammates. But his soft demeanor masks his passion for wrestling.

Teammates and coaches laud Hemida as one of the hardest workers on the team, as he constantly puts in time after practice in hopes of achieving postseason glory.

At the Messiah Open on Feb. 6, Hemida stormed through the heavyweight bracket, capturing the tournament title after four consecutive victories, two of which were major decisions. It’s a product of his tenacity and motivation, which he said he got from his parents.

One area in which Hemida has seen improvement is his mental toughness. It was evident against Michigan St. on Jan. 10.

Taking on Dimitrus Renfroe, Hemida fell behind early. But after seeing Renfroe’s exhaustion, Hemida took down Renfroe and rolled him over before capturing the pin to seal the Terps’ lone conference victory.

“Telling myself I’m not tired during the match, that third period you get really tired and tell yourself you’re tired, you’re going to feel it,” Hemida said. “But if you just ignore it and keep going it isn’t as bad. Keep pushing no matter how tired you feel. Let your body control your mind, not your mind control your body.”

“He’s a great student,” Burnham said. “He’s always nice to have if you need to go over and study with him.”

Last semester, the rookie posted a 3.5 GPA. Currently enrolled in letters and sciences, Hemida hopes to eventually major in kinesiology and perhaps go into physical training after graduation.

His parents have played a large role in his success. When Hemida’s grades began to slip his freshman year of high school, they offered him an ultimatum: Get the grades up or you’re done wrestling.

“My parents always pushed me academically,” Hemida said. “Wrestling is a part of my life, but there’s a life after wrestling I want to get into.”

From there, Hemida took it upon himself to work harder, balancing both wrestling and excelling in the classroom.

During his senior year at Mamaroneck High School, Hemida went 30-0 en route to the New York state championship. He suffered just one takedown during the season.

Since the 2015-16 season began more than three months ago, coach Kerry McCoy has seen plenty of improvement from Hemida. With three years of eligibility remaining, McCoy envisions plenty of time for Hemida to improve and reach the championship podium one day.

“The goal for everyone is to win a national championship,” McCoy said. “With that same work ethic he had in high school, he can continue to grow in college. The ultimate goal is to be a national champ and a couple time All-American.” 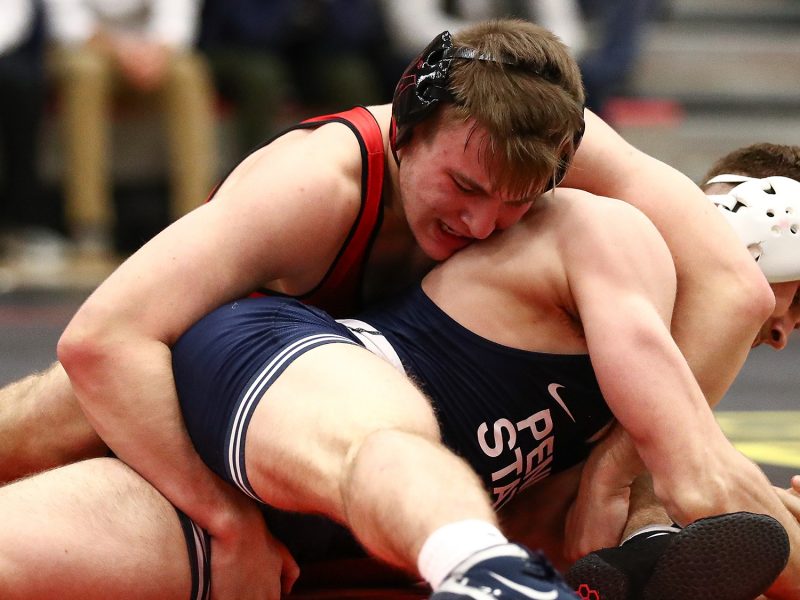