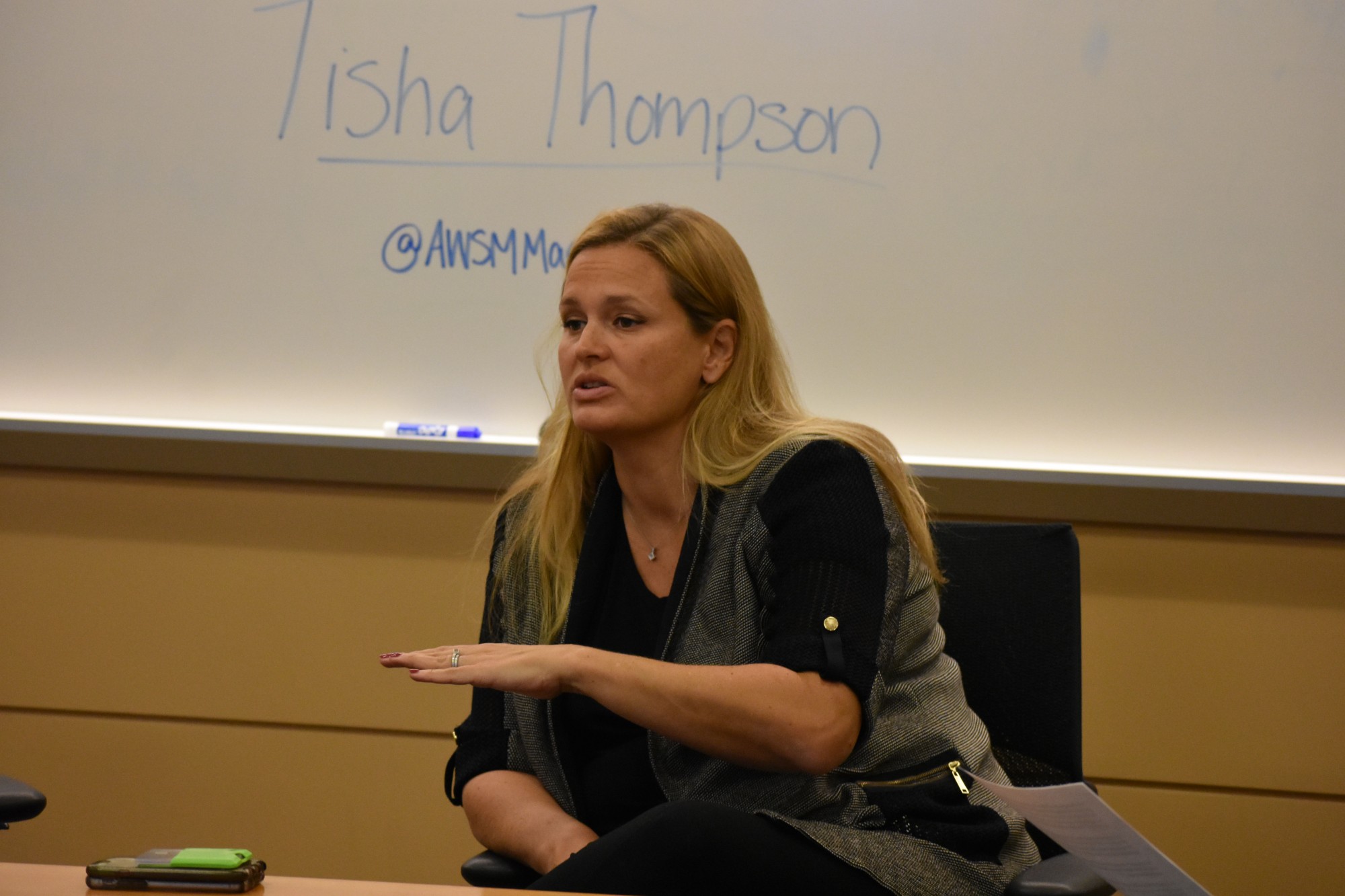 Growing up close to the University of Maryland, Tisha Thompson attended Terps football and basketball games with her family. She enjoyed the spirit of the games, she said, but she made sure to never publicly support any Maryland teams.

Thompson would go on to become an award-winning journalist for ESPN’s Outside The Lines, and she told a crowd at the university’s journalism school Thursday she’s grateful she stayed objective.

“I was here a couple months ago and they always want us to tweet out what a huge fan we are and I’m a huge Maryland fan,” Thompson said. “But maybe one day we have to do an investigation on Maryland, so I’m not going to tweet out about Maryland because that will tell everybody that I’m subjective.”

“Well thank God, because look, here we are,” she said.

In August, months after Maryland football player Jordan McNair died from heatstroke suffered at a team workout, ESPN published an explosive report detailing a “toxic culture” in the football program.

Thompson shared her story of becoming an investigative journalist and gave advice to the group of students at a discussion hosted by the Association for Women in Sports Media.

“Even though I know I can be fair to Maryland, people are going to judge me just like if I said I was a Republican or Democrat,” Thompson said.

When Thompson covers athletic coaches, she looks at them similar to U.S. Congressmen, she said.

“You’re touching someone on a pedestal, someone who is immune, who’s a winner,” Thompson said. “You’re taking on almost a god-like figure.”

Paige Leckie, a junior journalism major and treasurer of the Association for Women in Sports Media at Maryland said Thompson was a perfect choice to bring in for a discussion because of the Maryland football investigation.

Thompson agreed: “We are living in the single greatest moment of investigative reporting since Watergate.”

Jackie Budko, a senior journalism major was most interested in the intersection of sports and other types of news.

“That’s an interesting point and that’s also why I like sports media,” Budko said.

Jaelyn Watson, a sophomore journalism major, said that she will keep Thompson’s advice in mind throughout her journalism career. “

She talked about not being discouraged and going full force because it’s a male-dominated profession so it’s very important for women to push through,” Watson said.

Thompson left the budding journalists with some parting advice.

“Go be somewhere that’s not the same … Just be around people who are super different than you because it teaches you how to talk to people and to walk into any scenario or situation and make them comfortable,” she said.