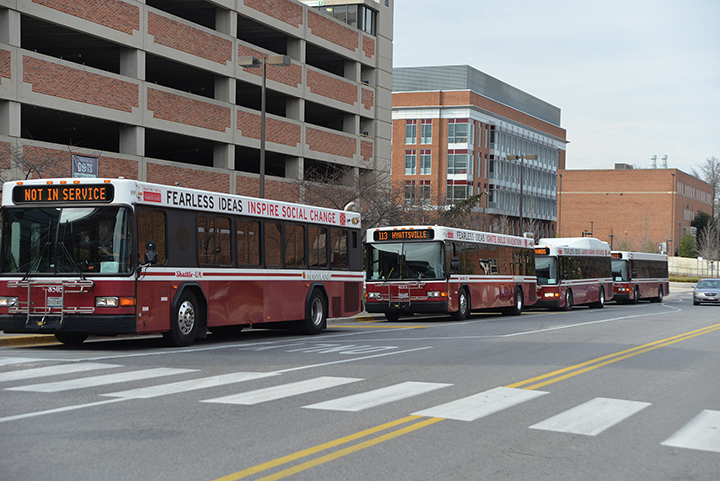 The Women’s March on Washington has called for an all-day strike for women Wednesday, March 8, which could have a direct affect on the University of Maryland community.

This general strike, titled “A Day Without a Woman,” will encourage women to take the day off from work — including unpaid duties such child-raising — and to only shop in women- and minority-owned stores, according to the Women’s March website. The organization has gained traction since their record-breaking march Jan. 21, which advocated for women’s rights and protested against President Trump.

The strike could possibly affect several widely-used campus and community resources, including Department of Transportation Services and Dining Services, as well as academic lectures, which would disrupt the normal functions of this university. The strike’s true impact won’t be known until its completion, but university students, faculty and staff are taking different measures to prepare themselves in case the strike does impact daily university functions.

DOTS executive director David Allen said he doesn’t know for sure how or if the strike will impact the buses that run on the campus, adding that DOTS does not keep a record of how many female employees drive buses.

If it’s needed, administrators and mechanics who have a commercial driver’s license, which is needed to drive a campus shuttle, will be called into work to help out, Allen said. If the bus schedule does change due to the strike, students can learn about any updates online and through social media.

“Our priority is for the bus to go out,” Allen said, noting there has never been a strike involving DOTS employees on the campus before.

Dining Services also has an emergency protocol in place, spokesman Bart Hipple said. If the strike does significantly affect Dining Services’ staff they will follow snow-day protocol — meaning the dining halls will be open from 11 a.m. to 7 p.m., and all the campus cafés will close. He added that the Commons Shop would be open from 12 p.m. to 5 p.m., and the 24 hour shop would remain open for 24 hours.

“All of our employees are categorized as essential personnel, and we all believe that,” Hipple said. “We come in knowing that we are responsible for feeding resident students and that students do depend on us for the bulk of the food.”

Hipple said on the “Day Without Immigrants” strike, which took place Feb. 16, there was not an unusual amount of employee absences.

Some university professors and lectures have canceled classes on Wednesday, including communication instructor Alyson Farzad-Phillips.

Farzad-Phillips said she has been an active member of the Women’s March since the march on Jan. 21. Since then, she has hosted a “huddle,” which is a small group meeting meant to keep the momentum of the initial march going, she said.

Farzard-Phillips has also helped to orchestrate a meet-up for strikers on McKeldin Mall from 12 to 2 p.m.

“The end goal of this strike is to demonstrate to our society, which is founded on capitalism and patriarchy, that if and when women decided to no longer [participate], society can no longer function,” she said.

Students are also preparing to adjust their schedules in case classes or services are disrupted due to the strike.

[READ MORE: Why we shouldn’t be satisfied with the Women’s March on Washington]

Mina Hague, a sophomore math and secondary education major who uses the campus shuttles to get to Stamp Student Union, said if DOTS schedule changes drastically she “would just walk.”

Cristina Tus, a sophomore bioengineering major, said she is interested in participating the strike and is prepared to adjust her own schedule if necessary.

The strike will take place all day Wednesday, and women and allies are encouraged to wear red. Any changes to buses and dining services will be available on the DOTS and Dining Services websites, respectively.