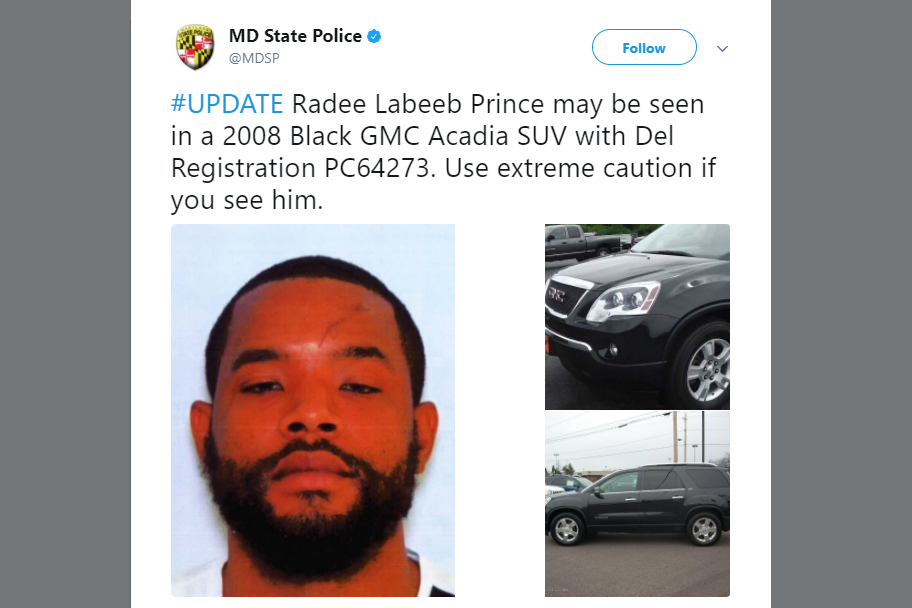 Federal officials caught the suspect who is believed to have shot five people at a Maryland business park Wednesday morning.

Officials apprehended 37-year-old Radee Labeeb Prince in Delaware shortly before 7:30 p.m. Wednesday, according to a tweet by the Harford Sheriff department.

At least three are dead and two are critically injured in the shooting at Advanced Granite Solutions, a home remodeling business in Emmorton Business Park in Edgewood. The incident was reported at 8:58 a.m., according to CNN.

Prince is believed to have shot five people before driving off in a 2008 black GMC Acadia SUV, Maryland State Police said in a tweet.

#UPDATE Radee Labeeb Prince may be seen in a 2008 Black GMC Acadia SUV with Del Registration PC64273. Use extreme caution if you see him. pic.twitter.com/9GobSGae6U

Prince is also wanted by the Wilmington, Delaware police for a shooting that occurred after he left Edgewood.

While the motive is currently unknown, Gahler said the attack on the home-remodeling business was “targeted,” The Washington Post reported. The five victims are employees of Advanced Granite Solutions, and Prince is said to be “associated” with the business, located near Baltimore, The Post reported.

The incident is under investigation, and officials are speaking with eyewitnesses.

Prince was fired from another job earlier this year for punching a coworker in the face and threatening other employees, according to a restraining order filed against him by the coworker, The Baltimore Sun reported.