Ace Cosgrove puts on an alarmingly good show during NextNOW 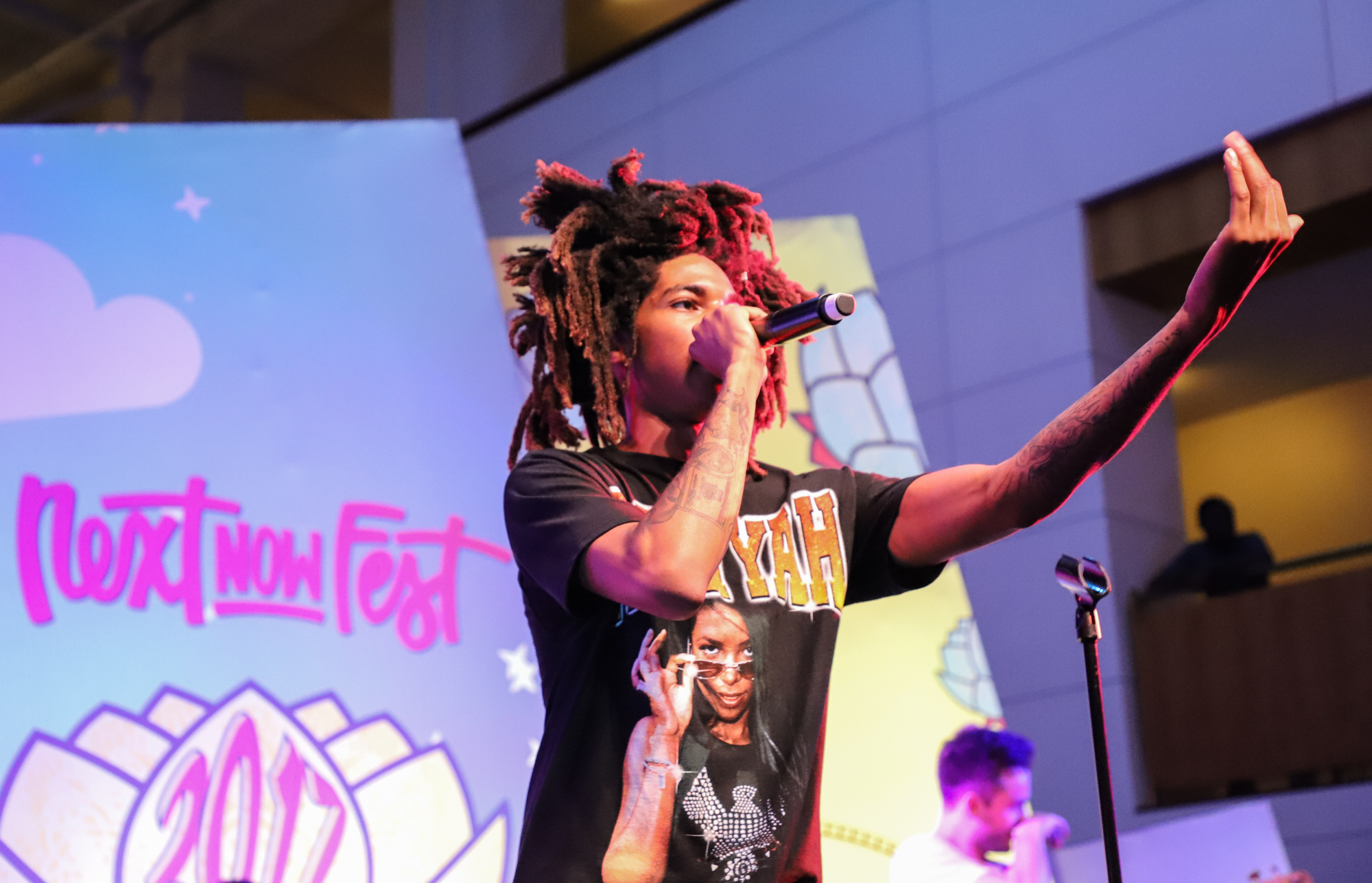 It’s pretty hard to make the public entrance to The Clarice Smith Performing Arts Center feel like the floor of a nightclub, but on Friday, Gaithersburg native Ace Cosgrove managed to do just that. His performance was so lit that it made the fire alarm go off.

(Just kidding. The fire alarm did go off, but it was merely coincidental and had nothing to do with Ace’s impressive performance.)

Ace took the stage wearing a shirt with the late Aaliyah’s enlarged face on it. Ironically, the student he pulled from the crowd had the same name, making this tribute much more memorable. His arms were covered in tattoos, which he called “kinda pointless, fucking meaningless.” The descriptor was unexpected given that the artwork was filled with potentially telling material like an angel, a clock and the words “open minded genius.”

Although the alarm cut his set short, Ace had students wrapped around his fingers in the first few minutes. With a confidence that radiated and an infectious energy, Ace got the crowd swaying, clapping and waving their arms like he was some sort of conductor.

This self-assuredness occasionally translated into a need to control the crowd. At one point, Ace told students to make noise if they had money and “if they broke as shit, keep quiet,” then proceeded to shush a student that made noise anyway.

When I saw Ace a year ago at All Things Go, it was clear that audience interaction was a large part of Ace’s set and the reason why the 26-year-old rapper leaves such a lasting impression when he performs. During his set, Ace joined the crowd to encourage students to get hype. His presence quickly attracted a larger gathering in front of the stage.

Between songs, Ace encouraged the crowd to laugh, playfully poking fun at the Redskins as he declared his allegiance to the Cowboys, a bold move for someone from the D.C. area. The rapper admitted he thinks every performance he puts on is “epic,” and to put on a show like Ace’s, you really do need to have that much faith in yourself.

At what felt like the peak of his performance, the fire alarm suddenly sounded, Ace’s mic cut off and students were quickly rushed out of The Clarice. With such a dramatic conclusion to his set, you would think the rapper would have been livid, but Ace wasn’t sweating it; his laid-back demeanor was constant on and off stage.