A new UMD Hillel could be strapped for parking, College Park officials say 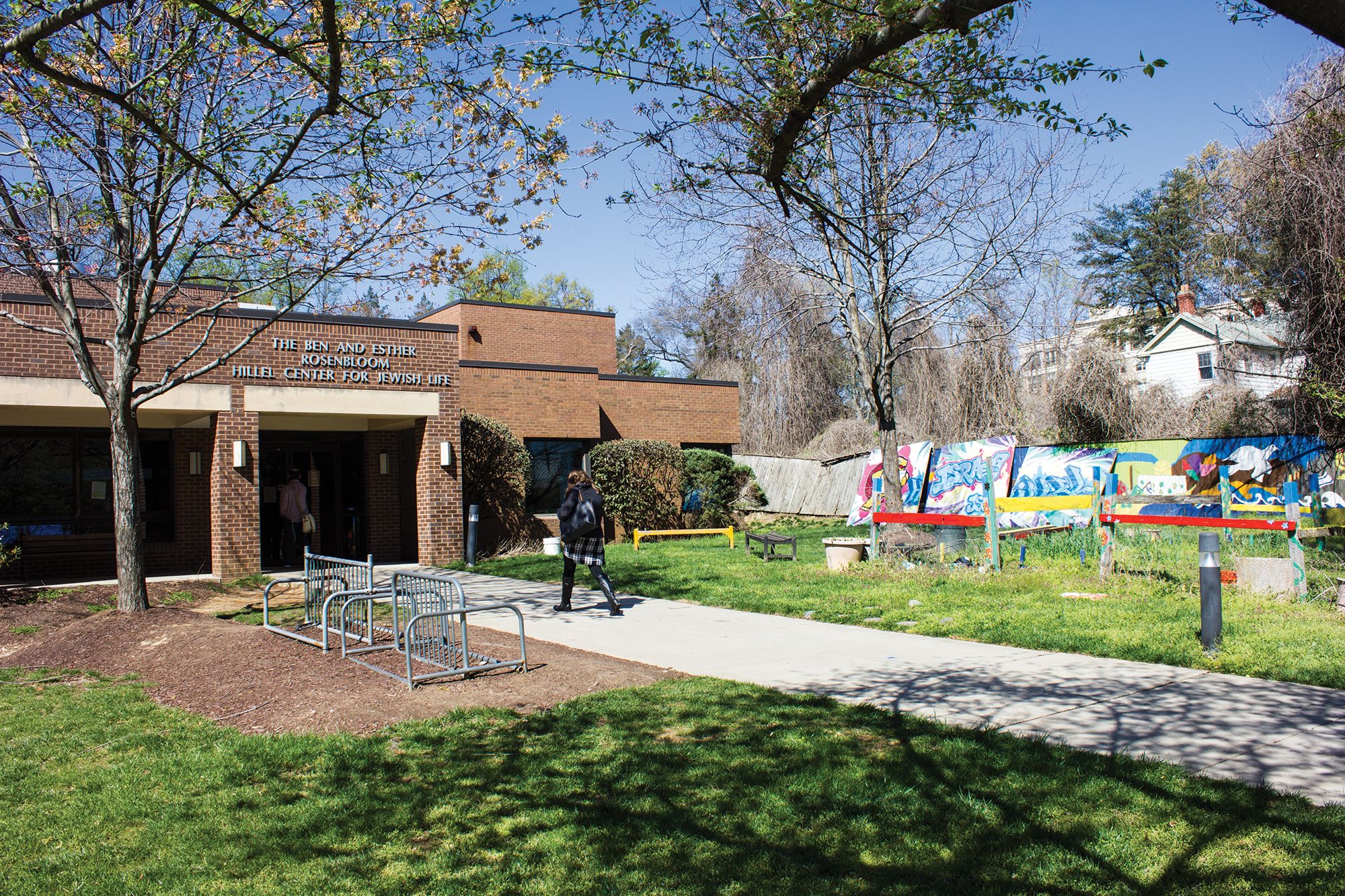 Prince George’s County zoning requirements say the proposed new site for the University of Maryland’s Hillel Center ought to have 49 parking spaces. But the center’s plans allow for only 15 — and they’d all be off-site.

Hillel, a Jewish organization on the campus, would need to obtain the spots — located in parking lots nearby — from the university.

College Park officials shared their concerns with the proposal at a work session Tuesday night.

The new building would be located on parking lots behind the Landmark apartment building, where the Hillel of the 1970s was.

City officials expressed concern that the new center, which will be about twice as large as the current site, will bring additional traffic. The existing site, located at 7612 Mowatt Lane, is about 20,000 square feet and has 10 on-site parking spaces.

“Since Hillel will be more than doubling their gross floor area, it will be able to accommodate more activities and that could increase the demand for parking,” said Miriam Bader, the city’s senior planner. “Staff encourages Hillel and the university to carve out as many parking spaces as possible prior to the submittal of the DSP [detailed site plan].”

Representatives from Hillel said the center has not had any issues with its current parking situation.

Lawrence Taub, an attorney for Hillel, said the proposed size of the new center would not necessarily translate into additional foot traffic. He said the center is currently having difficulty carrying out normal functions due to a lack of space.

“Hillel is busting at the seams,” Taub said. “It is not easy and it is not comfortable and that is exactly why we are proposing this new building.”

The new two-story Hillel site will be located at 7505 Yale Avenue which was also used as the University Police headquarters, according to the city’s review and recommendation report, before it was razed and converted into a parking lot.

With 6,500 Jewish students at this university, Hillel serves one of the largest Jewish student populations in the country, according to its website. Next week, university President Wallace Loh and Maryland Gov. Larry Hogan will headline a gathering at the site of the new Hillel center to kick off a $20 million fundraising campaign.

Elan Burman, the capital campaign director for the Maryland Hillel, said students and community members have gotten used to not driving to the Hillel. He added that the center’s busiest time — the weekend — occurs when it is “religiously prohibitive” to drive anyway. Some Jews do not operate motor vehicles and other technology during the Sabbath.

Burman said that he was confident that those visiting the center would find alternative means of transportation, and that nearby areas would not be used as parking overflow. He said Hillel would make every effort to let students know they will not be able to drive to the new building.

“The students that we work with are law-abiding and considerate individuals,” Burman said. “Our experience certainly is that when intentions are communicated to them they abide by those intentions.”

John Rigg, a District 3 councilman, said Hillel’s current location discourages people from driving. He voiced concern that the center’s new location in Old Town may attract new visitors and incentivize members to drive, which could create a parking challenge.

“People don’t drive because they can’t drive,” Rigg said of the current site. “I’m a little bit concerned that this could create conflict with the immediate neighbors.”

The Prince George’s County Planning Board is expected to hold a hearing for the preliminary plan on Oct. 25, and representatives from Hillel are expected to present a detailed site plan to the city council on Nov. 13.