UMD’s ICE contract is a political statement against immigrants. They must end it. 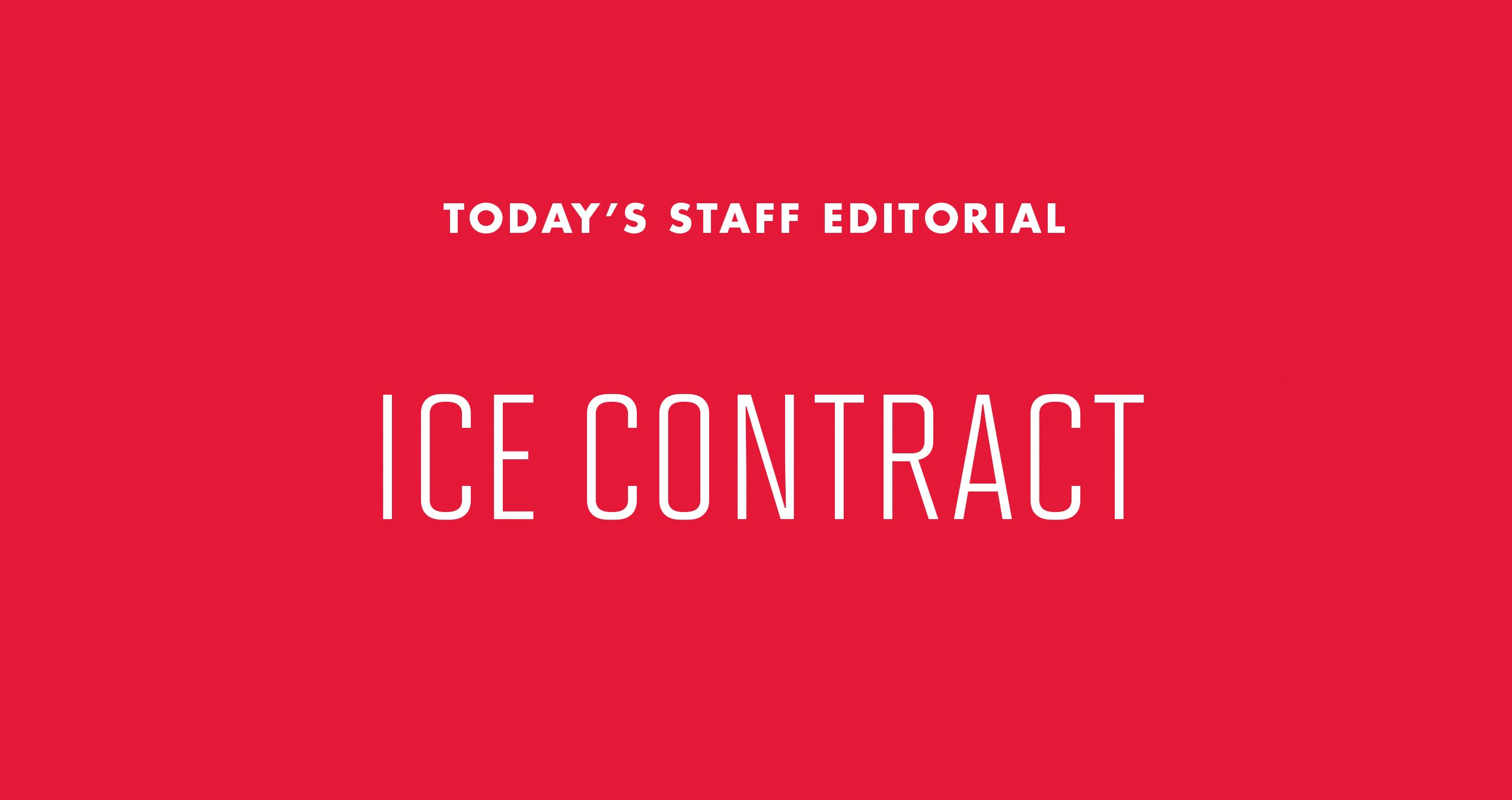 Editor’s note: Managing editor Arya Hodjat recused himself from the editorial board this week, as he reported on the news story about the ICE contract.

The University of Maryland has recently been at the center of several ethical scandals that moved students to organize a rally to “Fire the Liars” of our administration. On top of allegations of misconduct within the football program and frustration with murky responses from university administrators, students were also moved to protest this university’s active contract with Immigration and Customs Enforcement.

The contract provides for “cultural competency and counterterrorism” training for ICE officials, and, despite the discomfort, anger and mistrust this has elicited from students, we have no indication that this university plans to do anything about it. Nor has the administration given any indication it will confront the reality of its actions: By maintaining this contract, this university is supporting ICE and the persecution of immigrants in America.

ICE was responsible for deporting more than 200,000 people in fiscal 2017. Since December 2015, at least 16 people have died while detained in its facilities, with at least half those deaths the result of inadequate medical care. In June, more than 600 rallies across all 50 states, thousands of people protested the separation of children from their families and national immigration policy, including ICE’s role in creating a country unsafe for immigrants. A July poll found that a quarter of voters support abolishing ICE entirely, and several recent congressional appointees have incorporated opposing ICE into their platforms.

When people protest ICE, they are protesting the cruel way the federal government has resolved to treat immigrants. While it’s not the only agency involved in their dehumanization, ICE is a prominent totem of the danger immigrants face across the country, including within the supposedly “safe spaces” of sanctuary counties like Prince George’s.

We cannot extricate ICE from its political context, and the university can’t expect that the diverse student body it claims to value so much will ignore this symbolic alignment with ICE’s xenophobic core. This editorial board pushes the university to divest from ICE and put its support behind immigrants.

Severing business ties based on a moral decision isn’t a novel concept. The same sentiment underpins the Boycott, Divest and Sanction movement against Israel and its inhumane treatment of Palestinians. BDS aims to end the international community’s economic support of Israel, which fuels its human rights abuses. Choosing not to divest from Israel is also a statement, not some sort of status quo — it’s actively contributing to Israel’s subjugation of Palestinians.

This university’s contract with ICE — like its deals with Lockheed Martin and Northrop Grumman — is a political statement, even if the administration says it’s not supposed to be. Cooperation with organizations that do harm enables that harm, an ugly dissonance for a university that claims to be fearless.

While media attention has focused on the football scandal, student activists have not ignored the school’s relationship with ICE. If this university wants to do something substantial in its ““Year of Immigration” and make this campus a welcoming place for immigrants, it must end its contract with ICE and commit to doing better.

There’s an opportunity to do good here, and watching this university shirk accountability again only tells students that it’s not here to support them, that this agency takes priority over their concerns, that money is the only language that matters here and that we can trust no other messaging.