Watch: Maryland’s Jeshaun Jones gets a passing, rushing and receiving TD in his first game 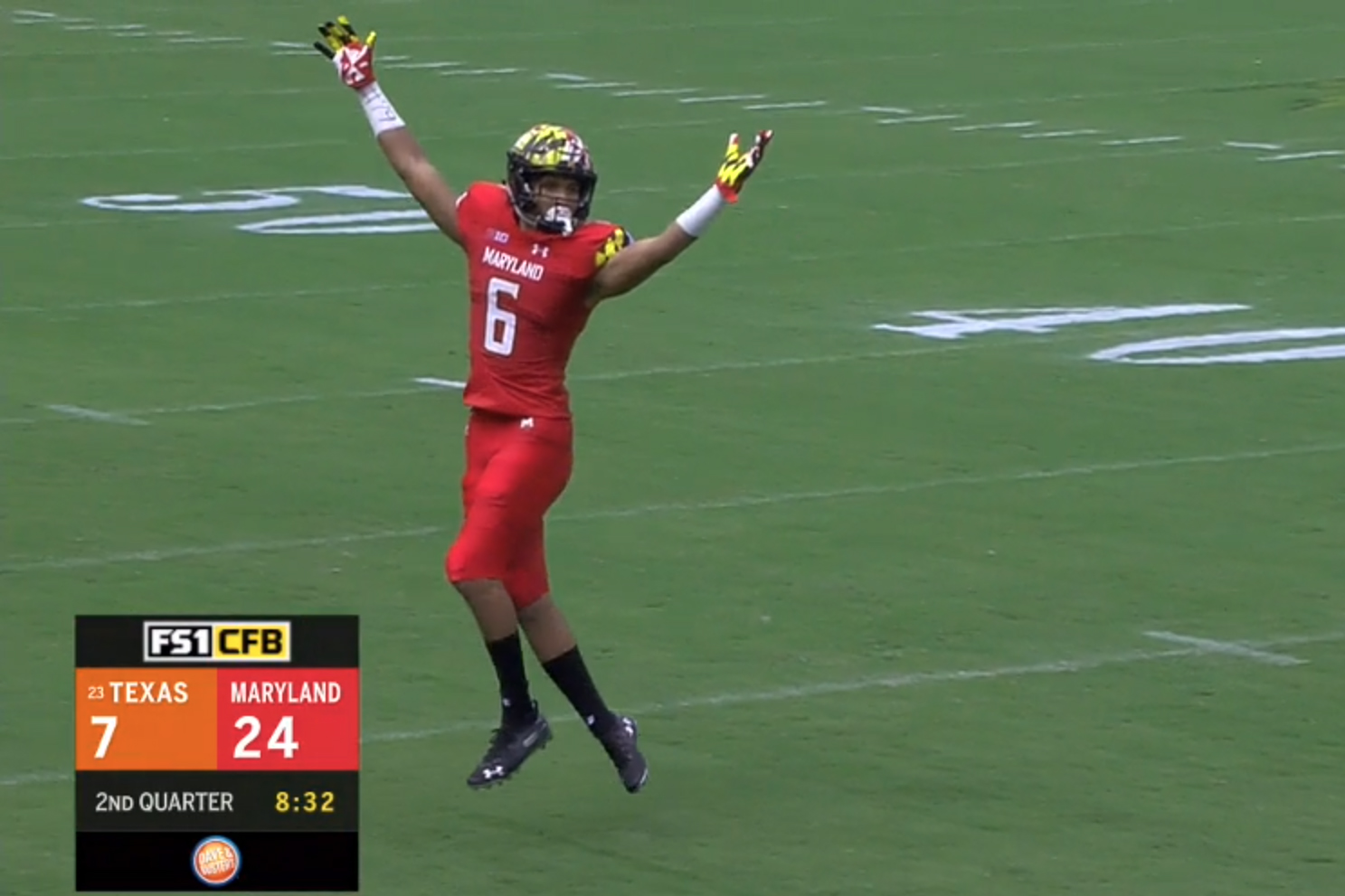 After DJ Moore left for the NFL, Maryland football was left with a number of different receivers to try to fill in for him. In the first game of his college career, Jeshaun Jones has made a pretty convincing case to be the Terps’ No. 1 wideout.

On the first drive of the game against Texas, Jones took a handoff from Kasim Hill on a jet sweep, found a hole and darted 28 yards to the end zone to open the scoring:

Raise your hand if you thought Jeshaun Jones would score Maryland’s first touchdown of the season pic.twitter.com/up5FIt2eOI

Two drives later, after the Longhorns scored to tie the game at 7-7, Jones responded. On 3rd-and-10, he split the defense and reeled in a pass from Hill for a 65-yard catch-and-run touchdown:

But receiving and rushing touchdowns are so passé. Jones one-upped himself in the second quarter when a bad punt gave Maryland the ball at the Texas 20-yard line. He took another handoff from Hill, and instead of running, he lofted the ball to Taivon Jacobs in the end zone:

In 49 games between 2000 and 2017, a player had a passing, rushing and receiving touchdown. And the last freshman to do it?

Maryland WR Jeshaun Jones is the first FBS freshman with a rushing TD, receiving TD, and passing TD in the same game since Marcus Mariota in 2012. Of course, Mariota was a QB. — Kevin McGuire (@KevinOnCFB) September 1, 2018

Mariota, as you might know, won the Heisman in 2012. Pretty good company for DJ Moore’s replacement.