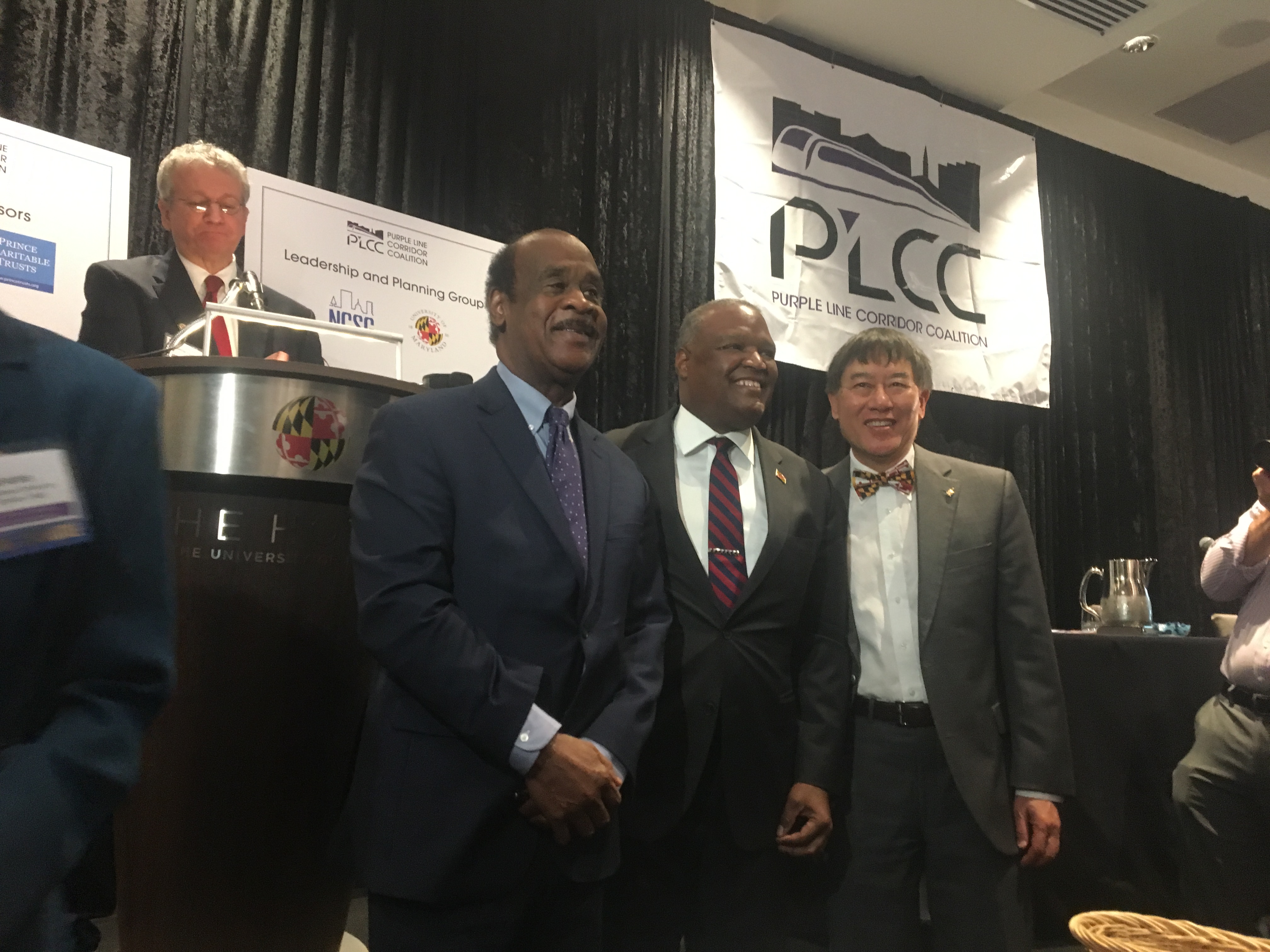 Although the agreement is not legally binding, it aims to support local businesses, provide equitable housing options, promote growth in the labor market and support a sustainable community for the future.

“I want to assure you of my commitment,” Loh said. “I understand it’s not a legal obligation, it is certainly a moral obligation. It is an institutional obligation to make sure that the community and economic benefits of the Purple Line spread throughout our whole region.”

Prince George’s County Executive Rushern Baker and Montgomery County Executive Ike Leggett, who both oversee counties the 16.2 mile light-rail system will run through, also signed the agreement at the event held at The Hotel at the University of Maryland.

The agreement is the product of nearly four years of civic engagement among “300 residents, business owners, property owners, nonprofit leaders and public officials,” according to a Purple Line Corridor Coalition news release. Loh said he understood the importance of building the Purple Line when he had dinner with Baker in 2010.

The line could attract top faculty and staff to work at this university by allowing them to easily commute to campus, said Loh, adding that a large percentage of them live in Montgomery County.

The line will span from Bethesda to New Carrollton and pass through five spots on and near this university’s campus, including Adelphi Road/West Campus, Campus Center near Cole Field House, East Campus near Ritchie Coliseum, the College Park Metro Station and M Square on River Road.

They acknowledged the anxieties felt by residents and business owners who live near the line.

Bowers noted there has been a pattern of displacement of low income residents in the Washington area stemming from large investments.

“We can put our heads in the sand and act as if we haven’t seen this happen in other places,” Bowers said. “We know what can happen, in terms of displacement, if we don’t get a comprehensive housing action plan created, if we don’t get investment from the public and private sector that allows us to … ensure that residents who want to stay have the opportunity to stay.”

Leggett noted that “in many ways” businesses in Silver Spring were not protected as the area redeveloped in recent years.

“We are not making that mistake today as we move to redevelop the region,” Leggett said. “We’ve learned … even if you’re against this Purple Line, you should be for this agreement.”

Legal opposition from those who live near the planned Purple Line, which was originally slated to be complete in 2022, have delayed its construction on several occasions.

Most recently in September, U.S. District Judge Richard Leon denied a request by local officials to halt tree-clearing along the route of the light-rail line and avoided delaying the line’s construction once more.