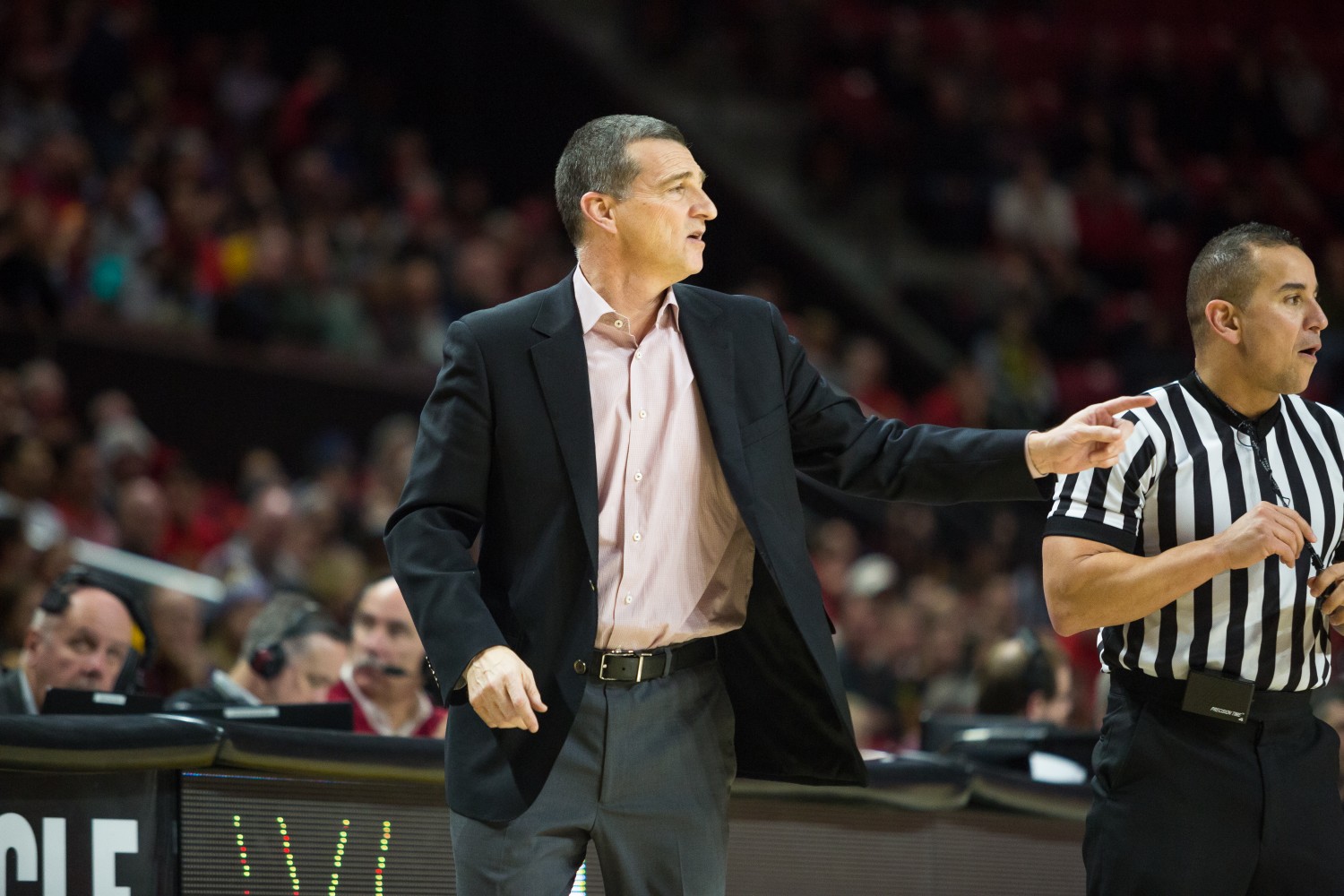 BLOOMINGTON, Ind. — Maryland men’s basketball guard Anthony Cowan stood tall while walking down the Simon Skjodt Assembly Hall court with about three seconds remaining Thursday night until he reached the top of the key on Indiana’s side of the floor.

The sophomore stopped, placed his hands on his knees and stared at the floor. The 17,222 Hoosier faithful cheered as Indiana was seconds away from beating Maryland, 71-68, while Cowan was left to ponder how he and the Terps allowed a close road game escape them for the second consecutive week.

Just a week ago, Maryland fell at Michigan on the final possession, partly due to Cowan losing his defensive assignment. This time, Cowan missed the potential game-tying 3-pointer for the Terps’ fourth consecutive road defeat and a tough blow to Maryland’s chances to qualify for its fourth consecutive NCAA tournament.

Indiana (12-8, 5-3 Big Ten) led by one point with 38.7 seconds remaining, and Maryland (15-7, 4-5) nearly retrieved the ball back after guard Josh Newkirk missed both free throws. But Hoosiers forward Juwan Morgan grabbed the rebound over Huerter and finished the put back.

Cowan converted a layup about 20 seconds later out of a timeout before Newkirk received another chance at the charity stripe and connected on both shots. Maryland tried to run a misdirection back screen on its next possession, Huerter said, but Cowan broke up the play by shooting a deep 3-pointer, which clanged off the rim.

Guard Zach McRoberts missed both free throws with a couple of seconds left, and Huerter couldn’t get a shot off before the buzzer.

Morgan was a gametime decision with an ankle injury, but he had his way with the Terps, scoring a game-high 25 points, including the crucial putback after Newkirk’s free throw misses. Cowan and Huerter combined for 34 points, but also 11 turnovers.

Maryland held a five-point lead with 4:53 remaining but only scored six more points, while Morgan scored 10 himself in that stretch.

“It started on the defensive end,” guard Jared Nickens said. “We couldn’t get stops in the game. We let that affect the offense.”

Maryland suffered blowouts to Michigan State and Ohio State earlier this month before losing at Michigan in the final seconds last week. The Terps held a team meeting to discuss their poor road performances, and coach Mark Turgeon said the team had to stop feeling sorry for itself after forwards Justin Jackson and Ivan Bender’s season-ending injuries. Still, Maryland couldn’t claim its most winnable road game since its victory over Illinois on Dec. 3.

The Terps’ lack of depth derailed them in previous road losses, but they received a boost from Nickens (12 points) and guard Dion Wiley (8 points) at Indiana. Still, Maryland played the final 15 minutes with just eight scholarship players after forward Bruno Fernando rolled his ankle and didn’t return, leaving Turgeon with one fewer option to guard Morgan.

The effect of those frontcourt injuries was on display in the final minute. The Terps, who next play No. 6 Michigan State and at No. 3 Purdue, are 3-5 in games decided by six or fewer points this season.

“It’s a tough year for us,” Turgeon said, “and we just got to keep battling.”