With a $7.7 million grant, UMD researchers are leading a study on ticks 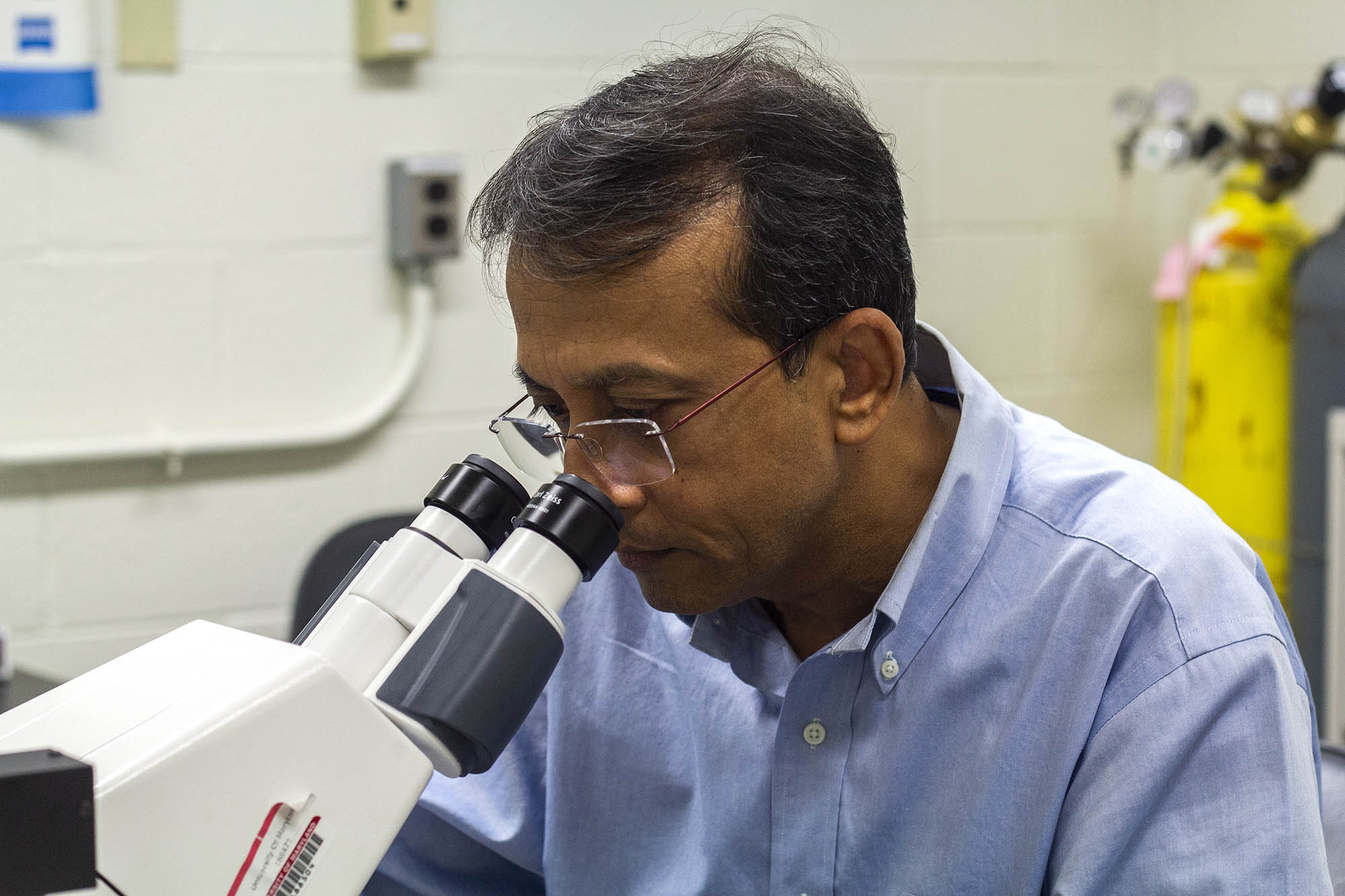 Utpal Pal, a veterinary medicine professor at UMD, will lead a project focusing on how ticks respond to infections. His research is funded by a $7.7 million grant from the National Institute of Allergy and Infectious Diseases. (Julia Lerner/The Diamondback)

University of Maryland researchers are leading a multi-institutional project with an unprecedented grant size to study ticks and seek treatments for tick-borne illnesses.

Utpal Pal, a professor of veterinary medicine, will run one of four labs working on the research, handle administration efforts and oversee the entire five-year project, which began on July 13. Pal’s team will focus on part of the early stage of the infection cycle — a specific process known as the “indirect immune response,” or when ticks consume infectious bacteria from various hosts. Researchers hope their studies will help them understand the tick and these diseases more completely, Pal said.

“We are the first team in the whole world looking into [the early stage of the infection cycle],” Pal said. “That’s why it’s very important. We have a lot to learn.”

The National Institute of Allergy and Infectious Diseases awarded a $7.7 million grant to this multi-university project. Three other institutions — the University of Maryland Medical School in Baltimore, the University of Minnesota and Yale University — will operate similar labs under this grant, working under Pal and this university’s team. Each lab will study different parts of the infection process, focusing on ticks prior to their contact with humans.

[Read more: UMD researchers did “what was thought of as impossible” by decoding the wheat genome]

The grant is the largest allocated for tick research in the U.S., said Samantha Watters, a spokesperson for this university’s agriculture and natural resources college.

With “very high-profile areas of need” — such as the northeastern region of the United States — collaborative science is of even greater importance, Watters said.

The northeast is considered a hotbed for tick-borne illnesses such as as Lyme disease, because it’s home to more hosts of the infectious bacteria — particularly from rodents and deer — that ticks feed on, she said.

“It’s a perfect storm of events for us to be infected with the illness,” Watters said.

The grant and project come at a time when rates of tick-borne illnesses have shown steep increases in recent years, prompting a need for further tick research and effective treatments, Pal said.

According to a 2018 Centers for Disease Control and Prevention report, tick-borne diseases have more than doubled in the U.S. from 2004 to 2016, and many cases remain unreported. Research has also uncovered seven new germs with the ability to infect people, the report stated.

[Read more: Quantum computers aren’t practical yet — but this UMD-led team wants to change that]

“The fact that this is the first of its kind in tick-borne research is really critical,” Watters said. “These investigators are going to easily contribute to treatment strategies and vaccine development for things like Lyme disease.”

Students will also be hired to work on this research project. Shelby Foor, a biological sciences doctoral student on the team, said she has had a passion for tick research ever since her sister contracted a tick-borne illness.

“To me, it’s a drive, it’s more of a connection to the real world,” Foor said. “I can make a difference. I can try to find something that can be applicable and help people.”