Clark Hall is on schedule to be complete by June 2017 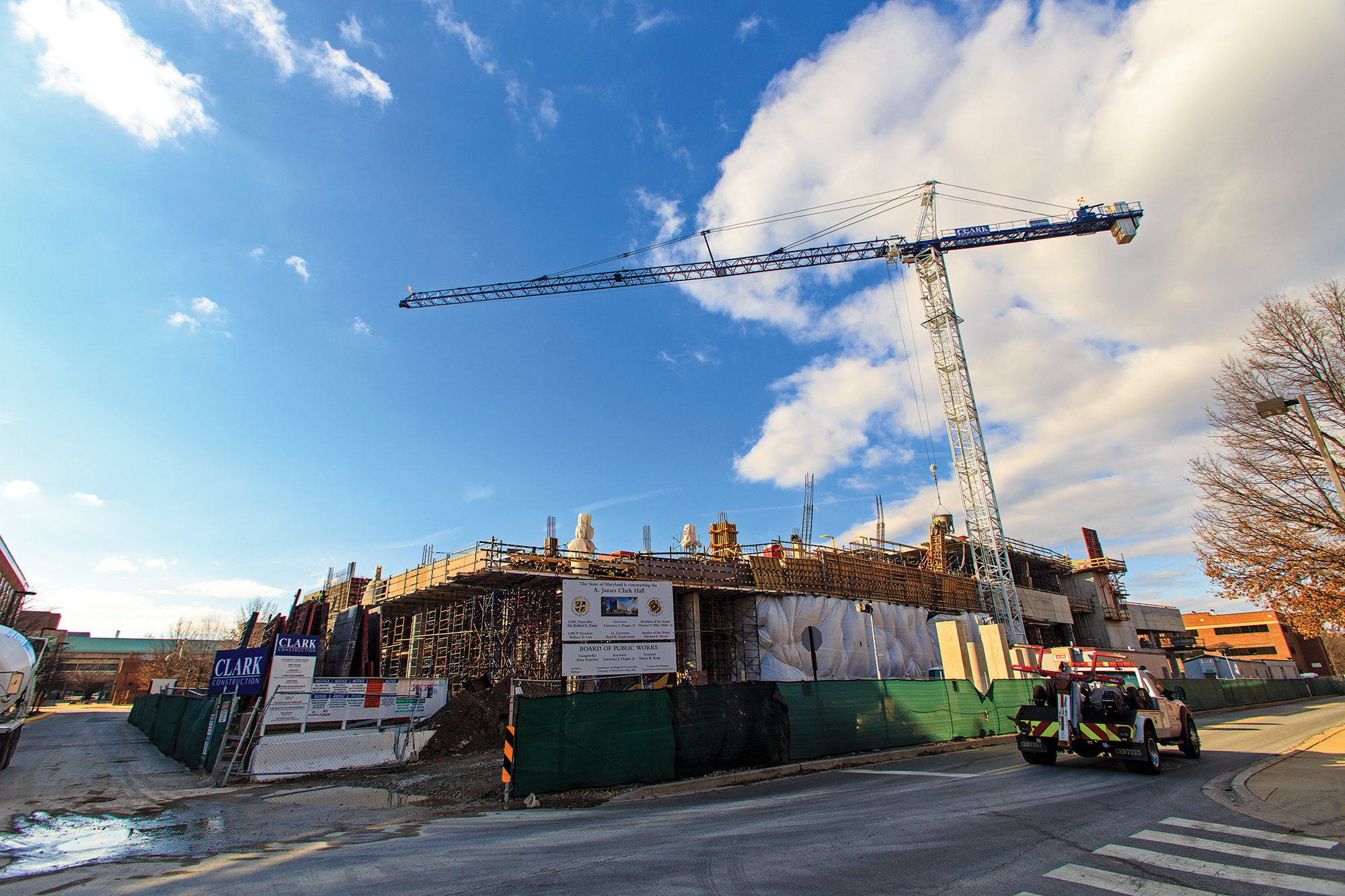 Clark Hall, which could provide the university’s bioengineering department with a new home and upgraded facilities, is still on schedule to be completed by June 2017.

At a cost of $169.1 million, the 184,000-square-foot building will stand at six stories tall and is adjacent to the Kim Engineering Building. The construction has advanced to the fourth floor of the building, said Bill Olen, capital projects director.

“Construction is progressing well, even with the recent weather we have had,” Olen said. “Contractors have been able to keep progressing and stay on schedule.”

The first two floors of Clark Hall will be instructional, said John Fisher, bioengineering department chairman. There will be four general purpose classrooms with 50 seats each, Olen said. There will also be special capstone labs, areas for groups of students to meet and one 200-seat lecture hall, Fisher said.

The building will house an instructional lab for protein and DNA sequencing, mass and optical spectrometry and gas and liquid-column chromatography, according to a university brochure.

Other features will include an imaging suite — with laser and MRI devices — and a bioengineering computational lab for modeling and computing gene expression analysis, pathogen detection and other critical tasks, according to the brochure.

The next two floors will have offices for faculty and research laboratories, allowing the bioengineering department to finally have one location together, Fisher said.

“The program currently resides all over the place,” Fisher said. “The department offices and roughly half of the labs are in [the] Chemistry Building. We also have labs in other buildings such as Plant Sciences and Shady Grove. This building will bring us all together. Faculty and students in the program will now have a home.”

The fifth floor, with more than 15,000 square feet of space, will be home to the Robert E. Fischell Institute for Biomedical Devices, Fisher said. The sixth floor will house a vivarium, a place where animals can be kept for research.

“We have seen a huge growth in student enrollment in the field, and the new building will lead us to great heights and possibly a leadership position across the country,” Fisher said.

Along with the bioengineering department, other programs will have space in Clark Hall. The first two floors will hold areas for programs across the engineering school, Fisher said.

Robert E. Fischell donated funds for this project, and the Clark family donated roughly $20 million, Olen said. Fisher also said the funding is an ongoing effort and that the engineering school is trying to continue to raise funds to support the building.

Michael Wong, a sophomore bioengineering major, said he is excited for the completion of Clark Hall.

“The creation of the A. James Clark building will be a valuable resource for future bioengineering majors because it will provide them with more resources to conduct lab work,” he said. “As important as in-class learning is, I have found that working in a research lab can be even more enriching.”