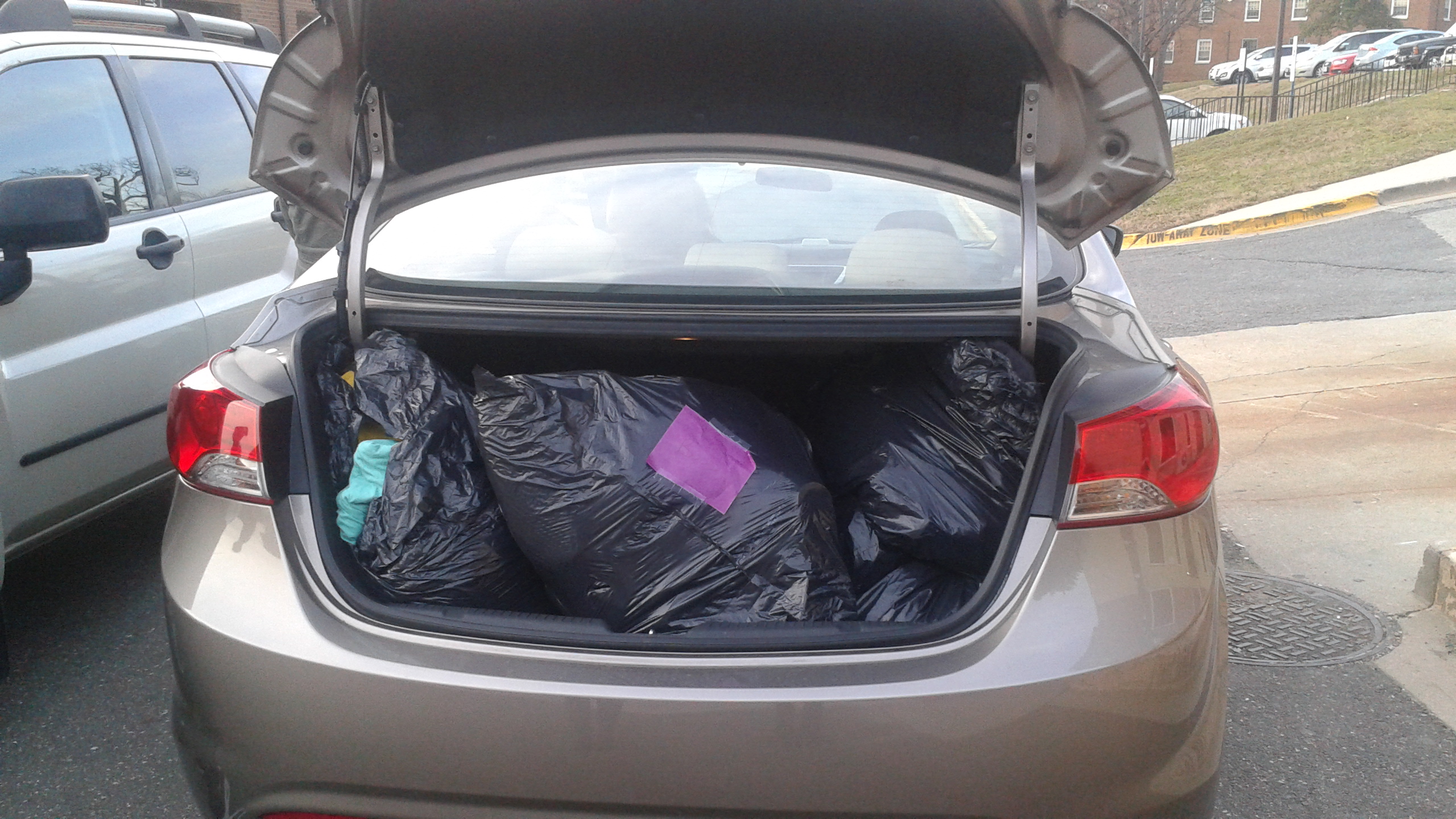 Thanks to multiple clothing drives over the past year, members of the University of Maryland’s MaryPIRG chapter delivered 12 to 15 garbage bags of clothes to the Salvation Army in Washington, D.C., on Monday.

“Clothing is a huge part of the homeless problem,” said Sydney Wilson, a sophomore criminology and criminal justice major and MaryPIRG member. “We all have a ton of clothes that people don’t need anymore, so we did this clothing drive.”

Collecting children’s clothing is important because “children are actually a huge portion of the homeless population,” Wilson said.

Lorah Norman, a junior family science major, noted the group has had success in the past with clothing drives. At last year’s Sleepout for the Homeless in May, MaryPIRG and the Phi Beta Sigma fraternity donated 10 garbage bags of clothes to nonprofit organization Thrive DC.

“That kind of accumulated a lot of clothes through drives that we did and we really just didn’t know where to bring them all,” Norman said.

Meredith Johnston, a sophomore criminology and criminal justice and psychology major who was involved with this clothing drive, said she got involved in MaryPIRG after filling out an interest card outside a dining hall one day made her realize that her interests matched up with the club’s mission.

“After I graduate, it’s been my plan for a little while now to work for a nonprofit. … This [drive] was a really good opportunity to get me ready for that and learn more,” she said.