UMD’s new Hebrew minor was a decade in the making 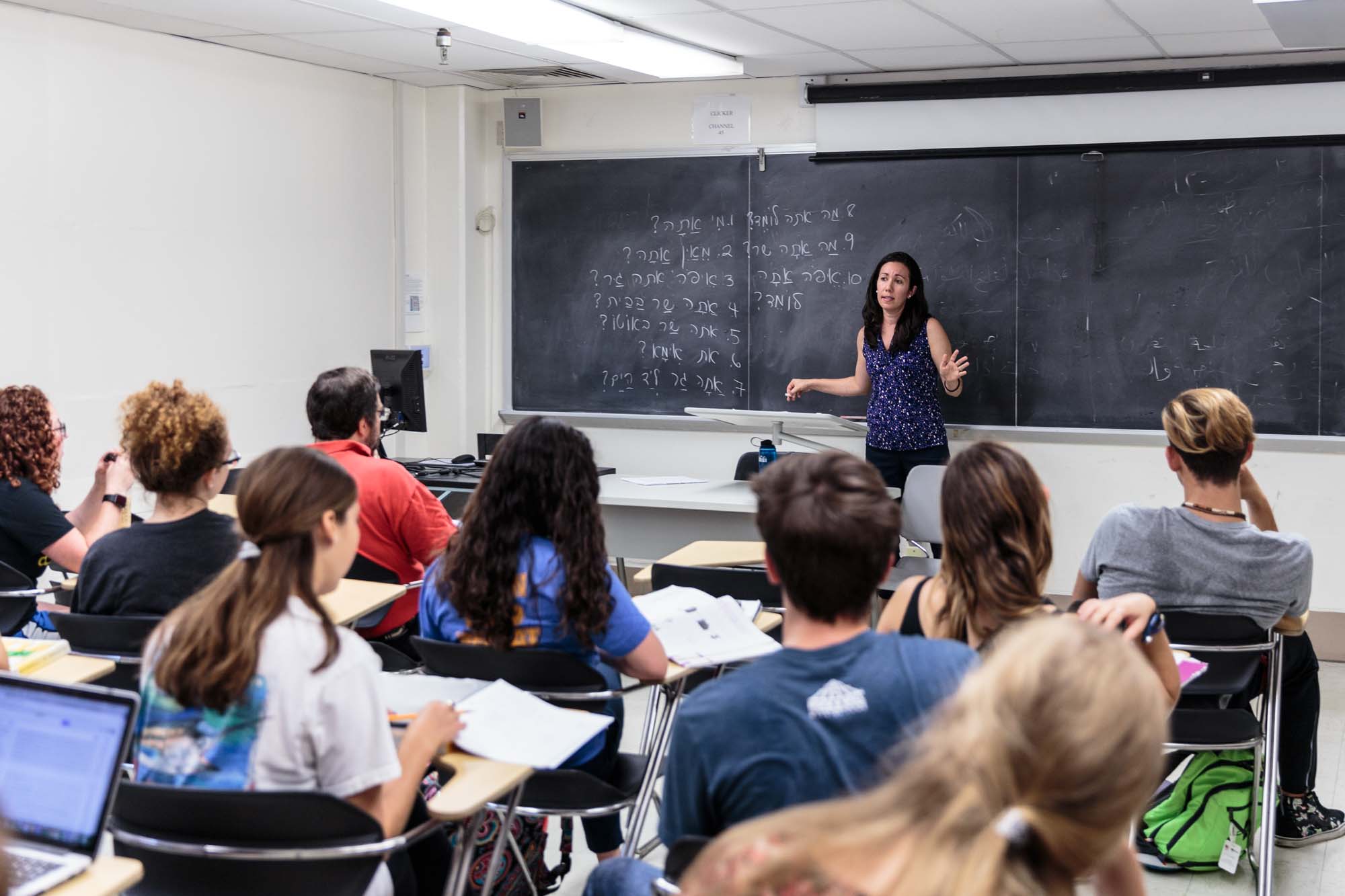 The University of Maryland’s language school approved a Hebrew Studies minor this fall.

Before, students could take Hebrew classes, but there was no official degree program available, said Avital Karpman, director of this university’s Hebrew program. The minor will go into effect spring 2018.

“We’re really excited about it. We have a really rich and diverse Hebrew department … and sequence of courses,” Karpman said. “Many of our students were taking upper level Hebrew courses anyway, and not getting any formal recognition for their effort, so we’re really excited to put everything together and put together a minor.”

Rachel Davis, a senior public health major, lived in this university’s Language House for two years while also taking Hebrew courses. Until now, there was nothing on her transcript to show that, she said.

“I was sort of always hoping they’d make a minor, so now I hear they have one and I’m really happy,” Davis said. “Because I did 18 credits, I just sort of wanted something to show for all of this work that I did.”

The Language House is a living-learning program that gives students the opportunity to practice their chosen language daily, and to be immersed in their language’s cultural environment.

Other students in the living-learning program said they are excited for the opportunities the minor will bring as well.

[Read more: UMD Jewish community remains unified in the wake of Anti-Semitic threats across the nation]

Unlike the other languages taught at the Language House — such as Russian, Spanish, French and German — Hebrew didn’t have a minor or major, said Sarit Eisen, a junior computer science and linguistics major who has lived there for three semesters.

“I’m really excited about it because I want to have an accomplishment that I can put on my resume, because it will demonstrate my interests,” Eisen said. “If there is a minor, I think it will draw attention more, because people don’t often look for departments, they look for minors and things they can get degrees in.”

Eisen is interested in working in Israel after college, and said having a minor in Hebrew on her resume could help the application process.

“It definitely would show how much time I’ve spent speaking Hebrew, and it will show I’ve learned it in an academic setting,” Eisen said. “It’s a concrete way of showing my interest in languages beyond just my linguistic major.”

The minor will begin with 12 prerequisite credits over two semesters with intensive elementary Hebrew courses, followed by the first semester of the intermediate level, according to Karpman.

After that, students will take 16 required credits: a second semester of intermediate Hebrew, two semesters of a conversation and composition class, a class on current Israeli culture and one additional approved upper-level course, she said.

Karpman began working on the new minor proposal a year ago, she said. The Hebrew courses were simultaneously undergoing a redesign, so it took time to get new syllabi and other class materials approved, she said.

The Hebrew minor has been in development for a long time, Karpman said. There was a proposal for a minor 10 years ago, but it was deemed too similar to the Jewish studies major and minor because of its focus on literature. This new minor focuses on the fundamentals of the Hebrew language, she said.

First, the program had to receive approval from the language school before going through the arts and humanities college, Karpman said. The final stage was presenting the proposal in front of the University of Maryland Senate, who approved the minor a few weeks ago.

“The interesting thing is this new minor doesn’t require any new resources,” she said. “So we’ve been teaching these courses anyway, and they’ve just been there and available, but there just hasn’t been the official recognition that students can put on their transcript.”

Karpman said student demand for the minor is already present on the campus.

There are about 6,000 Jewish students at this university, according to Maryland Hillel.

“The Language House Dorm has a Hebrew cluster that’s been full or nearly full,” Karpman said. “They need a minor to be eligible for certain scholarships and grants, so they were really demanding it for the last couple years.”

The new minor will help students already taking the required courses apply for various financial funding packages, and take advantage of other opportunities they otherwise might not have, Karpman said.