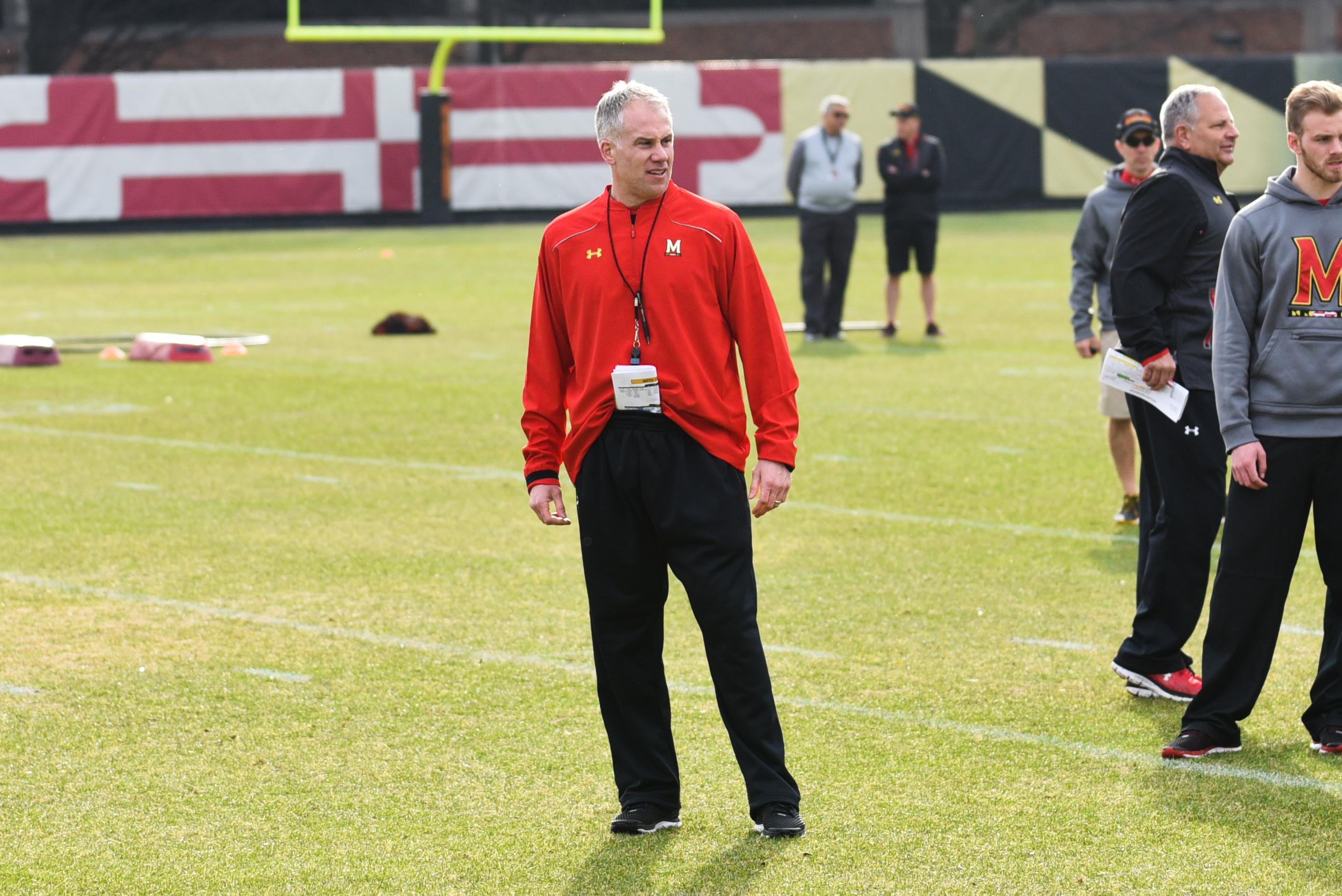 After making a name for himself in the D.C. area as the coach at Friendship Collegiate Academy, Maryland football assistant coach Aazaar Abdul-Rahim went on a “knowledge quest” for two years at Alabama. He served as the assistant director of player personnel under coach Nick Saban.

This past December, though, Abdul-Rahim joined Terps coach DJ Durkin’s staff to instruct the defensive backs.

Abdul-Rahim has been around Durkin for almost six months, but he can already see some similarities between his new colleague and Saban, who has led the Crimson Tide to four national titles since 2009.

“They have similar backgrounds as far as Saban is a West Virginia guy and Durkin is a Youngstown, Ohio, guy, so it’s a hard working type of person from both places,” Abdul-Rahim said. “They have an appreciation of hard work and doing things the right way and being tough.”

Abdul-Rahim also acknowledged both coaches’ competitiveness, yet he said Saban and Durkin judge their players on more than just what they can do physically. It’s how their players contribute on and off the field that both coaches believe holds more importance.

“They want you to do it the right way,” Abdul-Rahim said. “Some coaches these days, they look at your measurables and just what you can do physically, but it’s bigger than that with both of them. You see why they’re successful.”

A major difference Abdul-Rahim noticed between Saban and Durkin is how they run their respective programs. Saban’s has an earnest personality, as Abdul-Rahim said the veteran coach constantly focuses on “the process.” In his first two months in Tuscaloosa, Alabama, Saban barely talked to him.

Durkin, meanwhile, is less stern and tends to smile more according to Abdul-Rahim.

Still, Abdul-Rahim said he appreciates Saban’s and Durkin’s passion for the game despite the various stress factors that go along with leading a major college football program.

“I will say that for both of them, football, not just college football but the essence of football, means a lot,” Abdul-Rahim said.