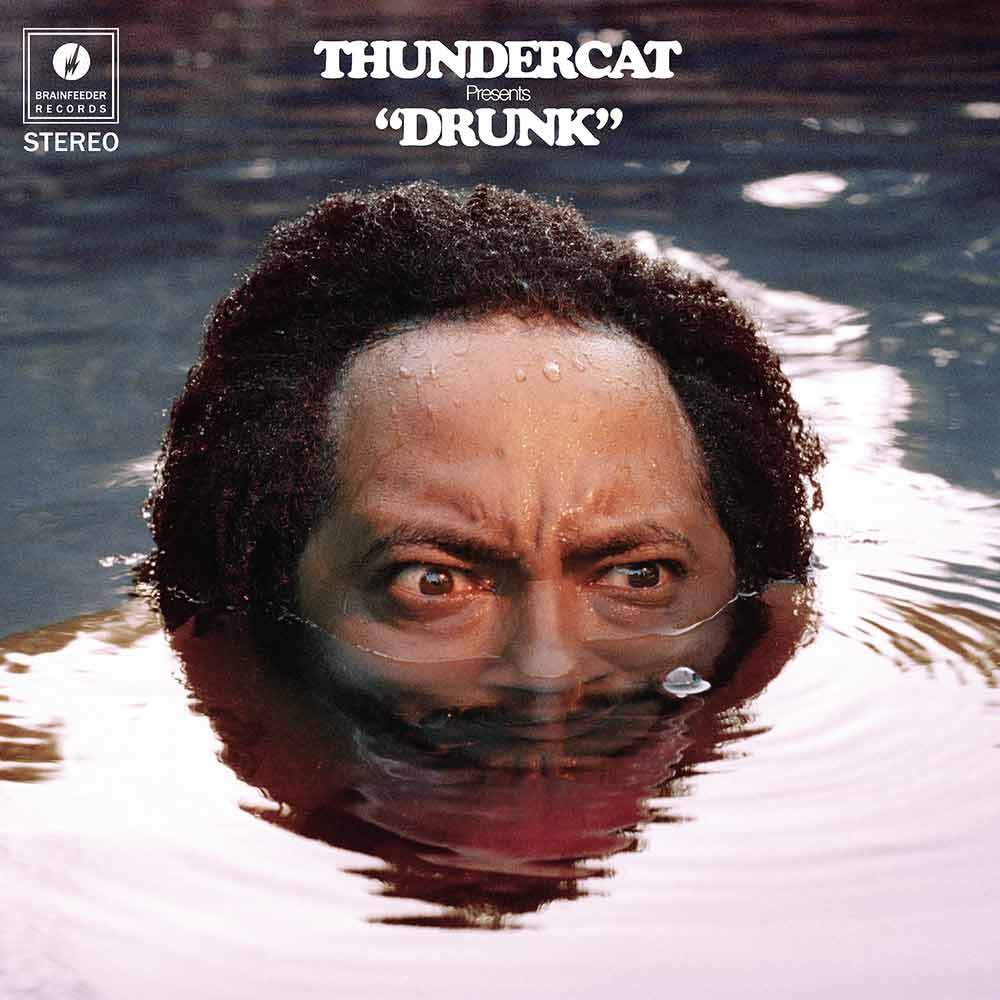 Stephen Bruner, known by his stage name Thundercat, is a truly unique figure in American music, bringing jazz and the bass guitar to the forefront of the electronic and hip-hop scene with artists like Kendrick Lamar and Flying Lotus. Structured as a 23-track-long project chock-full of collaborations, Drunk champions the freedom of loneliness while simultaneously recognizing the anxiety that comes with isolation.

Switching tempo and time-signature with nearly every track, Thundercat has put out an album that both showcases his wide-ranging musical talents and evokes raw emotion. His writing style is awkward and quirky in the most honest way.

Loneliness is an apparent theme on Drunk, but it seems Thundercat thinks a lack of human attachment breeds agency. On the title track, “Drunk,” Thundercat croons that “Sometimes you want to feel alive/ But not on someone else’s time.”

The ups and downs of this album feature indulgences of freedom, expressed through drug and alcohol binges on “Drink Dat”* and “Rabbot Ho” and acknowledgments of existential emptiness on “Lava Lamp,” “Jethro” and “I Am Crazy.”

(*Note: I am morally obligated to point out that the majority of Wiz Khalifa’s verse on “Drink Dat” had virtually zero rhyme scheme.)

Thundercat’s lyrics are cynical and sarcastic throughout, reflecting his dry sense of humor. “Thank God for technology,” he sings on “Bus in These Streets,” “cause where would we be/ if we couldn’t Tweet our thoughts.” This line and many others ooze sarcasm, but at times the humor is expressed in an even more unconventional way.

On “Tokyo,” an aptly titled tribute to Japan’s capital city, he loses himself in the culture of the city and warns, “Don’t try to stop me cause I’m over 9000,” referencing DragonBallZ. This track tells another freeing story of isolation, but instead of substances drowning his emptiness, Thundercat fills the void with a culture foreign to him that presents boundless possibility and discovery.

But again, the burden of loneliness weighs on Thundercat as well as Kenny Loggins and Michael McDonald on “Show You the Way.” The song’s chorus uses light and darkness as imagery for human connection, concluding that “We’ll live with dark, just take the ride.”

“Drunk” is a masterpiece of embracing the pain of life in a truly absurdist fashion, appreciating the ludicrous instead of fearing or loathing it. “Captain Stupido” reflects this idea, as Thundercat responds to the thought “I feel weird” with “Comb your beard, brush your teeth.” When he complains that he still feels weird, the same peculiar voice comes back and advises him to “Beat your meat, go to sleep.”

The repetitive and empty nature of these daily routines that help distract us from the emptiness of our lives are perfectly captured in this chorus. Thundercat mocks the ridiculous lifestyle we live and have come to call normal by pointing out its monotonous patterns and inherent loneliness. But this point of view is not a crippling cage of anxiety for him. Instead, it allows for a deeper appreciation for the game of life. That and the sense of humor to call human beings on our bullshit.

Thundercat is a unique artist in modern music, bringing non-traditional sounds into the limelight. His music presents an opportunity to revel in his technical talent while reflecting on his cynically upbeat view of the world.