Terrapin Hackers turned a UMD basement “into something more”

BO214 in the Chemistry Building used to be just a basement room.

Terrapin Hackers, a hacker collective at the University of Maryland, “made it into something more,” said senior economics major Ibrahim Hashme, the organization’s president. The group re-opened their Collider makerspace Saturday, unveiling a modern-looking room with spray-painted murals, hardware and desks that will be open 24/7.

This is the first time both departments gave the organization money, and was given after Terrapin Hackers won the first season trophy in Major League Hacking. The money was meant to start up the makerspace, he added. Terrapin Hackers has been in the basement of the Chemistry Building for a year and a half, and Collider was founded in March.

Terrapin Hackers spent all semester renovating the space, and they kicked off the re-opening with a 12-hour hack day that allowed people to try out the newly improved makerspace. There were about 50 attendees with 30 staying for multiple hours.

The event coincided with Local Hack Day, a global event that invites schools to organize 12-hour mini hackathons. More than 100 universities across the world participated, according to the Local Hack Day website.

Throughout the event, people came to work on personal and school projects in the two-room wide space.

Senior computer science major Dershan Shah came to the event to work on an app aimed at making it easier to manage teaching assistants’ office hours. Shah said this event was more cooperative than some of the longer hack events that he has attended.

“It’s more just practice and cooperation,” Shah said. “Just getting something quick and dirty up and running, verses other hackathons where you can work on a much larger project.”

Freshman computer science major Zack Khan also came to the Collider makerspace to work on an app. His project aims to help students find hackathon events near them.

Khan said the Terrapin Hackers’ hack day was more relaxed than most larger hackathons, which can stretch into multiple days. Because it wasn’t a competition, people could just relax and have fun.

Though some issues remain that need to be worked out by the Terrapin Hackers team — such as how to let people into the space after the Chemistry building closes for the night ­— Khan said he is excited to use the makerspace.

“At first, I thought that I didn’t have many places to work on weekends especially for working on sci projects and everything,” Khan said. “I feel like this place would be a really nice spot for me to go with my friends, find a nice spot to work. … Honestly, anything that you need to make a project happen is here.” 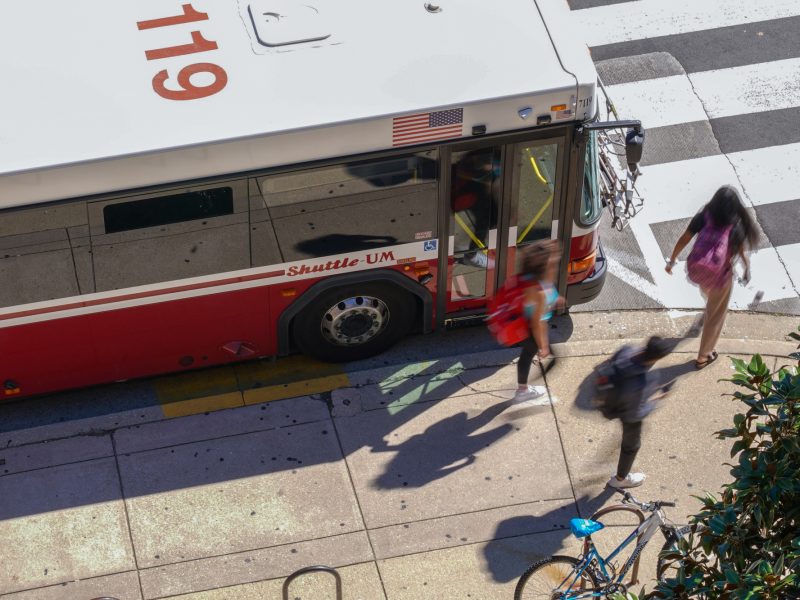