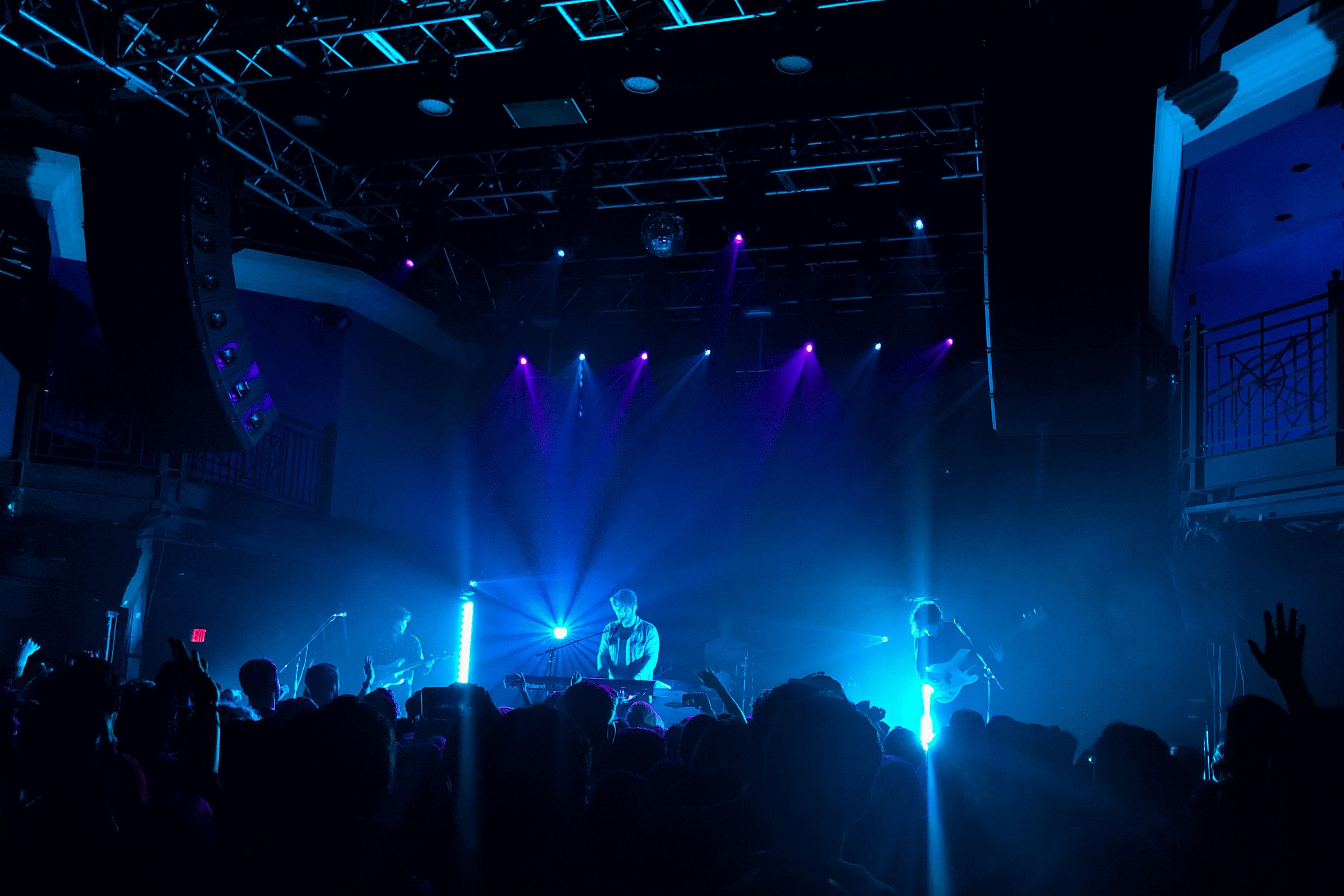 When I walked into the 9:30 Club at 9:35 p.m. on Wednesday, I turned to my friend Katie and asked a simple question: “Does Smallpools have stans?”

As I’ve probably mentioned in other concert reviews, my favorite types of shows are those with a dedicated fanbase dominating the crowd. [Editor’s note: She has, in fact, mentioned this.] Die-hard fans singing every word to every song, jumping up and down and generally having the time of their lives — it makes the concert experience much more enjoyable as they keep the energy high.

As soon as Smallpools walked on stage, my question was answered: Smallpools does, in fact, have stans. As I lurked in the back of the crowd, staying within comfortable distance of the free water pitchers at the bar, I watched the front of the crowd move like an amorphous blob to every beat and sing in unison to every word.

The concert started on a high note as they opened with the 2018 single “Stumblin’ Home,” an upbeat anthem about overthinking while drunk that practically begs you to sing along.

Their lighting setup was equal parts blinding and intoxicating. While Smallpools’ music relies more on instrumentals than on electronic beats, the flashing strobes and unique light patterns rivaled those of EDM shows.

To my surprise, Smallpools performed “American Love,” one of their biggest commercial hits, really early into the set. They paired this classic with red, white and blue lights as they sped through the track, almost as though they were performing it as an obligation to fair-weather fans.

One of the highlights of the night occurred when they transitioned from their somber breakup track “Mother” into a partial cover of Radiohead’s “Creep.” They added a synth-heavy flair to the performance, making one of the most iconic alternative rock songs in music history feel like their own.

Lead singer Sean Scanlon was incredibly connected with the crowd, at one point suggesting everyone should meet up for karaoke at a nearby bar after the concert. He asked a member of the audience to throw him his tambourine in the midst of one song, telling them not to mess it up because this was “the biggest show of the tour” — and they flawlessly executed the toss.

Scanlon continually reiterated his love for the Washington, D.C., crowd, saying “You got me feeling like a million bucks, you really do,” before jumping into, you guessed it, “Million Bucks.”

Even though I didn’t have the same energy and dedication as the fans in the front of the crowd, I was still blown away by the band’s energy and their powerful ability to entertain an audience. Obviously entertainment is their main job, but they went above and beyond to put on an exhilarating show. Scanlon connected their songs with stories and corny dad jokes, and during “Killer Whales,” they launched inflatable whales into the audience for everyone to toss around — one of which nearly knocked Katie’s glasses off.