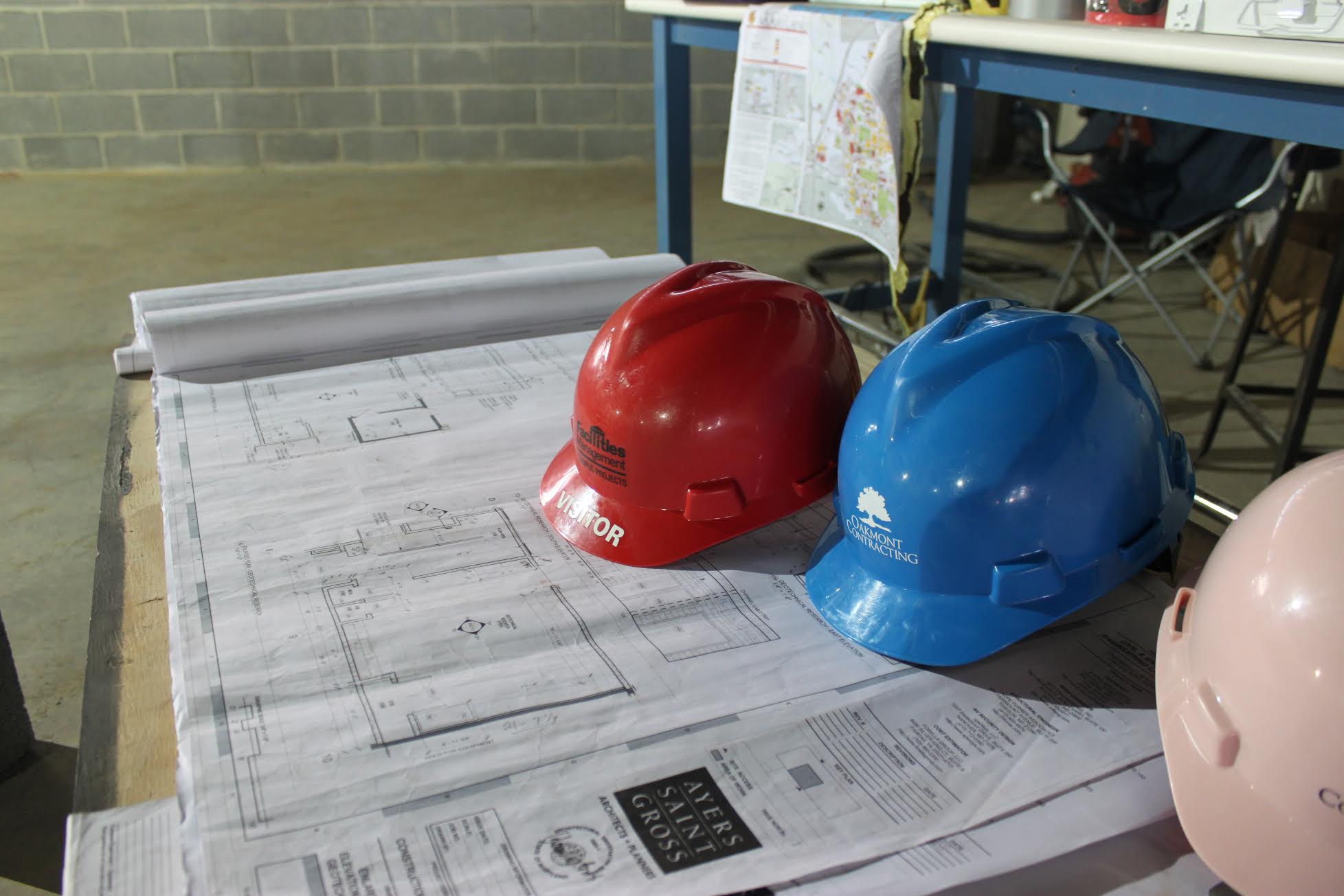 The University of Maryland’s engineering school is renovating its civil and environmental engineering labs this fall for the first time in more than 30 years.

“It’s a pretty important project to the engineering school,” said Bill Olen, director of capital projects for Facilities Management. “It was important for them to keep their accreditation, to have a newer space and to be able to attract students to the civil engineering program.”

The $4.9 million project was approved in May 2016, lab design began in August 2016 and construction is expected to be completed in February 2018, Olen said.

The labs were closed in May, and equipment was moved out over the summer so demolition could begin in August, Olen said. They will go back into use in late March.

“It’s on schedule and on budget … so we have no concerns about being able to meet the schedule,” Olen said.

Some $2.4 million of the total cost is being paid for through external fundraising, the engineering school and the Provost’s Office, said Charles Schwartz, a professor and chair of the civil and environmental engineering department. Schwartz secured funding from private donors that was eventually matched by campus contributions, he said.

The rest of the project’s funding will come from a $1.2 million contribution from Facilities Management’s building renewal funds, as well as another $1.3 million from the civil and environmental engineering department’s investment in new lab equipment, Schwartz said.

The new complex will be named the Whiting-Turner Infrastructure Engineering Laboratories, in honor of the project’s primary donor, Schwartz said.

The driving forces behind the renovations are the undergraduate instructional needs of the department, Schwartz said. The renovated space will be the main area for lab work — including research on soils, structural designs and concrete — in the civil and environmental engineering department, he added.

“It’s a big part of our curriculum that we conduct research in those spaces,” Schwartz said.

All undergraduates in the department have to take a junior-level materials course in the lab space, and all seniors on the infrastructure track — about 60 percent of the department’s seniors — must take an upper-level class there as well, he said.

“Just those two classes alone is a couple hundred people a year who go through those labs,” Schwartz said. “As enrollment has increased over the years, these laboratories have become a little bit of a choke point. … We couldn’t run enough students through there, and it was starting to have an impact on time to graduation.”

The renovations and new lab equipment will be important to attracting research grants, as well as retaining high-caliber students, said Ahmet Aydilek, a professor in the civil and environmental engineering department.

“I’m very happy with the new equipment … and obviously, the college of engineering is very much behind it. We’re thankful to the universities and to the several companies that are donating money,” Aydilek said.

All eight departments in the engineering school are undergoing an accreditation process this fall, and renovating the labs coincides with that effort, Schwartz said. The accreditation review is scheduled for Oct. 29 through Oct. 31.

But the labs won’t be done by then, Schwartz said.

“We have some temporary space that we’ve moved the laboratories into during this year of construction, because we have to still offer the courses,” Schwartz said. “So, they’ll be able to see that, but then they’ll also be able to see the drawing, the plans, the renderings … and all the new equipment.”

Rooms in Glenn L. Martin Hall will host the makeshift laboratories until classes can be housed in the renovated space, Schwartz said.