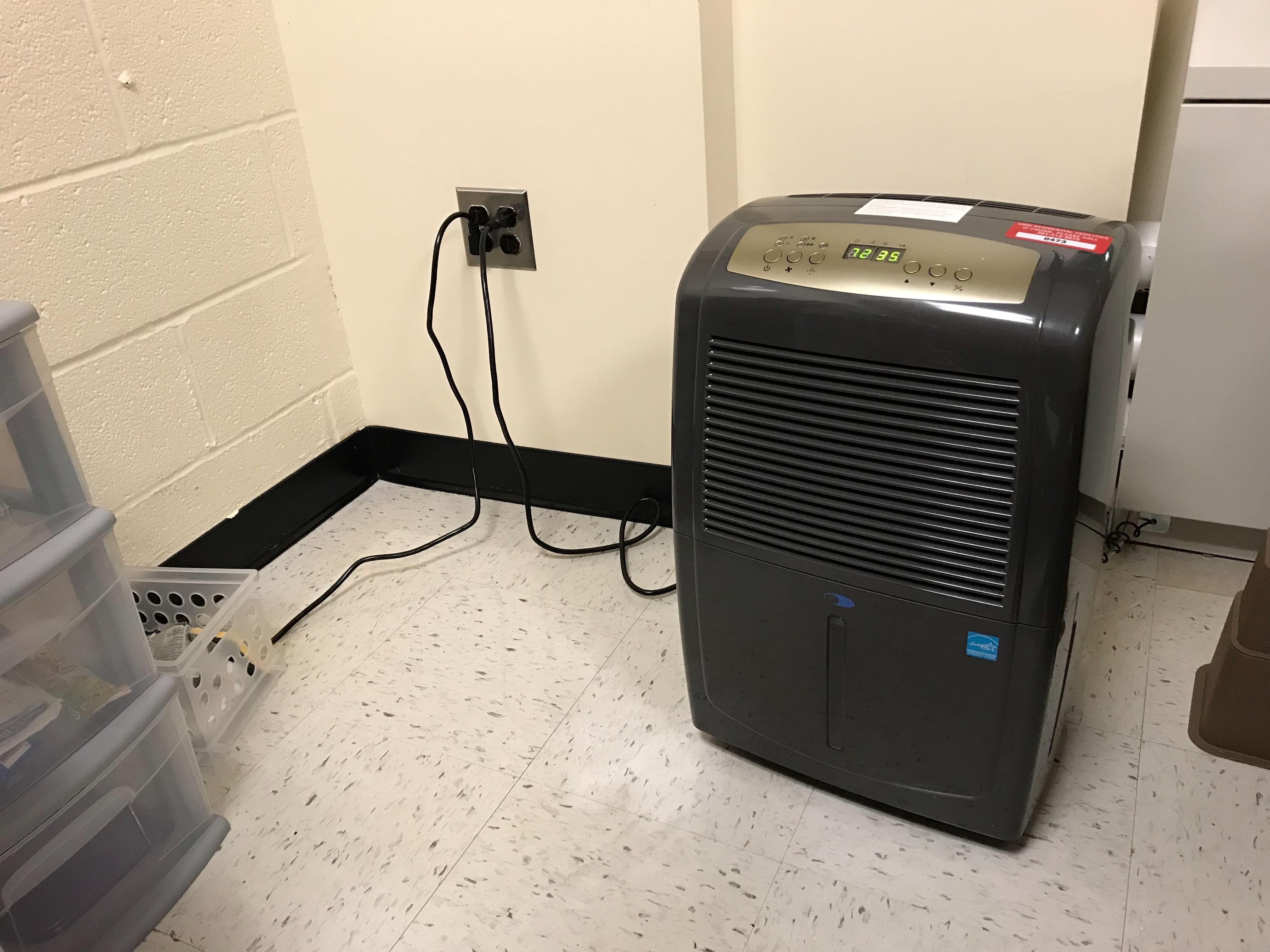 Portable dehumidifiers were installed in single-occupancy rooms in Bel Air, Centreville, Denton and Easton halls in an effort to prevent mold growth. (Alexander Dacy/For The Diamondback)

The University of Maryland’s Residential Facilities department began implementing its “moisture control plan” over spring break, in an effort to prevent mold growth in dorms.

Among the more significant changes to the dorms was the installation of portable dehumidifiers in single-occupancy rooms in Bel Air, Centreville, Denton and Easton halls.

Residential Facilities director Andrea Crabb said those buildings were chosen because they had some of the greatest numbers of mold reports and needed no additional upgrades to install the dehumidifiers.

“When we put in one of those portable dehumidifiers, the humidity went down in the room so we know it works,” she said. “We’re putting them in because it’s something that can be done quickly.”

Three other dorms — New Leonardtown, Harford and Somerset — will receive permanent renovations, such as roof replacements or HVAC and waterproofing upgrades, in lieu of the dehumidifiers.

Some dorms, along with receiving dehumidifiers, will also undergo these permanent renovations. Notably, the HVAC and dehumidification systems in Elkton Hall — the dorm hit hardest by the mold outbreak — will be upgraded.

Residential Facilities increased the power supply to the building over break to prepare for installing the new systems, Crabb said.

“We were able to take advantage of spring break to run more power to the building and get it ready for the summer,” she said. “We’re going put in a [larger] dehumidification system to dehumidify the air from the rooms, as opposed to putting a small dehumidifier in each one of the rooms, so it’s much more intense from a construction perspective,” she said.

This university announced the moisture control plan in January after mold outbreaks displaced hundreds of students in the fall semester from at least ten dorms and on-campus apartments.

The plan will implement recommendations from a third-party contractor, which found that the mold outbreak in Elkton Hall was due to high humidity that the building’s air conditioning units couldn’t control.

The majority of the work will occur over summer break and is projected to end in August.

The prevention efforts also require changes to the Department of Resident Life’s strategic plan for on-campus housing, released in 2014. The plan details expected construction and renovations for residential buildings on campus through 2029, totaling roughly $700 million.

Crabb said an update is set to be released in the coming weeks.

CORRECTION: Due to an editing error, a previous version of this story’s headline said the University of Maryland would install humidifiers in four dorms. The university is installing dehumidifiers. The headline has been updated.