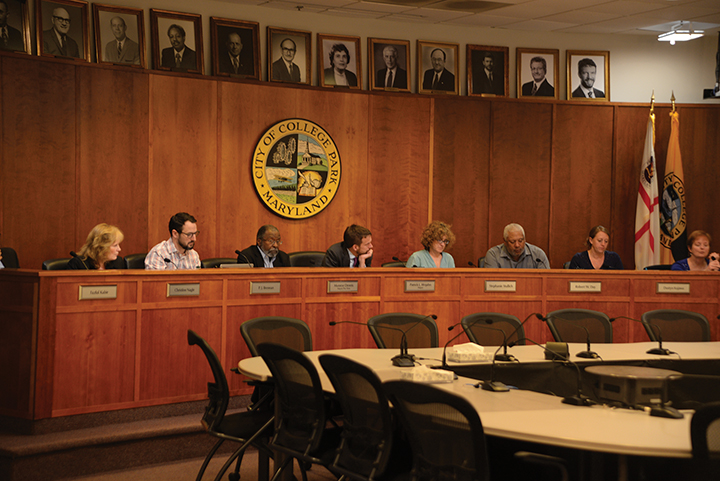 The College Park City Council unanimously voted Tuesday to increase the city’s facility rental fees and change the policy regarding city employees’ use of the facilities.

The city allows citizens to rent the council’s chambers, Davis Hall and the Old Parish House for private events such as parties and meetings. Under current rules, renting Davis Hall costs a nonresident $150, and a resident $100.

These new prices make the city’s rental fees competitive with other market rates, Mayor Patrick Wojahn said, adding that under the previous policy, the city was losing money due to the cost of renting facilities and the low rental prices.

“I think we currently lose revenue on it because of the cost of the city of maintaining and making these facilities available to residents,” Wojahn said.

The new policy will also prevent using taxpayer dollars to pay for private events, he said.

“It’s important that we focus our resources on the things that are the most beneficial to residents, and we should subsidize something that’s more available to people who need it, and important services,” Wojahn said.

The majority of groups who pay to rent the facilities are citizens using the facilities for events such as parties, District 1 Councilman Fazlul Kabir said.

Some community organizations, such as College Park based Girl Scouts troops, receive fee waivers to use the facilities for free. Kabir said the council is always willing to work with new groups who serve a community or civic interest to help grant them a fee waiver.

“Most of the community groups who are nonprofits and civic groups get to use it for free,” Kabir said.

In addition, these changes would no longer allow city employees to rent out a facility for free, which they were previously permitted to do once each year. Under the new policy, city employees will pay at a reduced rate.

Allowing city employees to use the facilities for free was an unfair advantage, Wojahn said, as residents are not given the same opportunity. The council will still provide incentives to employees by offering them a discounted rental price.

District 4 Councilwoman Mary Cook said she believes city employees should pay the same rates as residents because they both pay the same taxes.

“I could see as a resident being upset by paying higher prices than city employees, because I pay the same taxes too,” Cook said.