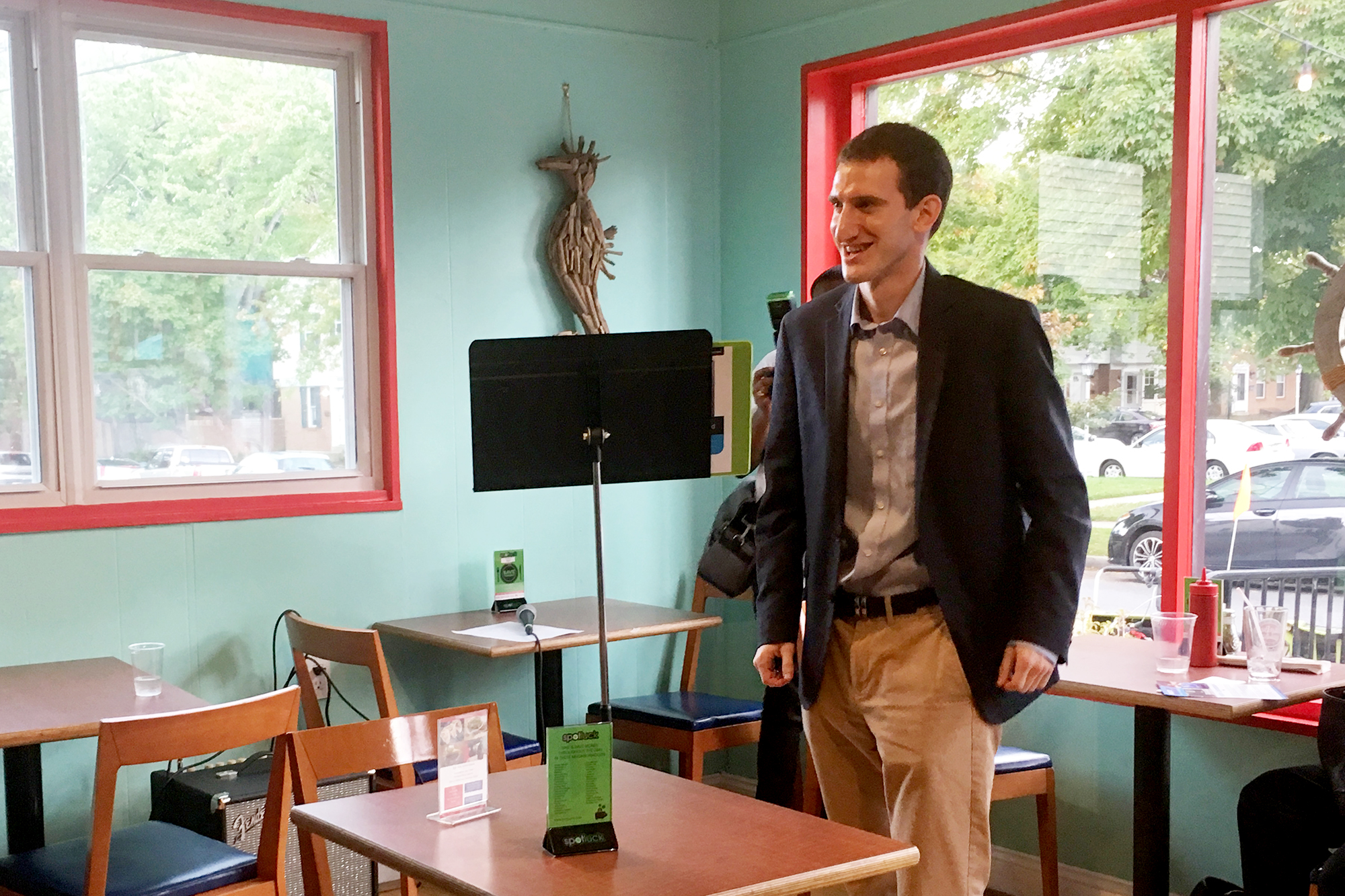 University of Maryland alumnus Matt Dernoga kicked off his campaign for Maryland state delegate on Saturday in front of a crowd of about 40 people at Fishnet, a College Park restaurant.

Dernoga, who announced his campaign for District 21 delegate on June 26, told the crowd when he was a senior at this university, he and a group of students helped convince university administration not to cut down the Wooded Hillock, a 24-acre forest area, in order to make room for new facilities.

As a candidate for Maryland state delegate, his focus on environmental issues hasn’t changed. Dernoga, a Prince George’s County Council policy analyst, worked to pass this state’s first explicit county-wide legislative fracking ban. And in 2013, he helped make Prince George’s County the first jurisdiction on the East Coast to require clean energy on all new and heavily-renovated public buildings.

“It is unjustifiable that we’re permitting the construction of new natural gas power plants and dangerous new pipelines when we should be investing in clean energy, infrastructure to create more jobs and less pollution,” Dernoga said.

Several of his supporters said they were drawn to his environmental activism.

Del. Carlo Sanchez, (D-Prince George’s) said he got to know Dernoga through his environmental work and the two of them “just really hit it off.”

“To see someone that young who’s been that effective already in actually pushing real policy through at the county level, I think it’s exciting to see what he can do at the state level,” Sanchez said.

State delegates like to stay in their own districts and mind their own business, said Del. Jazz Lewis (D-Prince George’s). But that’s how important it was to the state delegates in attendance to support him, he added.

Dernoga grew up in Laurel and graduated from this university in 2010 and received a public policy master’s degree in 2013. In 2010, at age 21, he ran Prince George’s County District 1 Councilwoman Mary Lehman’s winning campaign.

“He has this amazing work ethic, tireless,” Lehman said.

Since 2011, he’s been working as a policy analyst for Lehman and has helped draft more than 30 pieces of legislation, Dernoga said.

In addition to environmental issues, one of the priorities in his campaign is improving Prince George’s County Public Schools.

“One of the keys for me is going to be school construction funds,” Dernoga said. “We’re sending too many of our young people to schools that are falling apart and it sends the wrong message to them, that we don’t value their education.”

“I was born and raised in PG County, which is covered a lot in his district and I know he’s working on trying to rebuild some schools,” she said. “Since I grew up there, it’s just close to my heart.”

Michael Brennan, a junior government and politics major, met Dernoga through Our Revolution, Bernie Sanders’ progressive grassroots policy movement, and had spoken with him a few times before Dernoga’s campaign announcement.

“Once he announced … what his plan was, the strategy and kind of the level of undertaking that … he was about to embark on, I was pretty inspired by that,” Brennan said. “I thought that he spoke on a lot of things that I would want to see represented in state politics that normally wouldn’t be.”