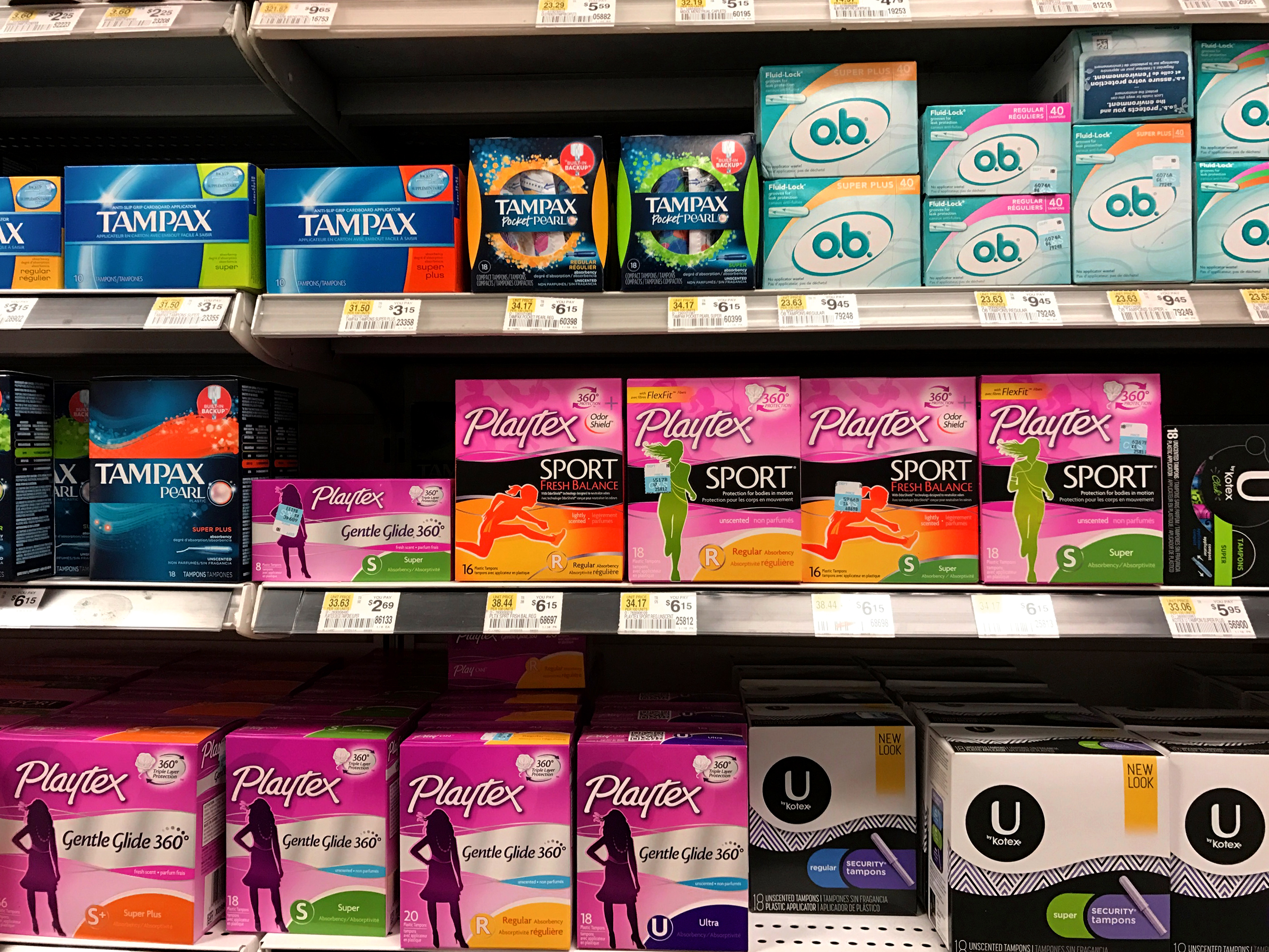 Free pads and tampons could be coming to several University of Maryland bathrooms this semester.

The Student Government Association’s Student Affairs committee is drafting legislation to provide free feminine hygiene products in some women’s and gender neutral restrooms in Stamp Student Union on a trial basis this spring, said A.J. Pruitt, the SGA’s student affairs vice president. The initiative aims to ease the financial burden associated with buying products that are a hygienic necessity for about half of the student population.

Marie-Therese Meye, a German exchange student and the SGA’s South Hill representative, said she was shocked by the prices of pads and tampons in the United States. Meye and freshman class representative Michelle Garda discussed the issue and developed the idea of a pilot campaign.

Maryland is one of a handful of states that exempts pads and tampons from sales taxes, but in many states, these products are considered luxury or non-necessity items and do not qualify for exemptions like those given to groceries or medical supplies.

Movements across the country have called for eliminating the “tampon tax” or making feminine hygiene products more easily accessible. Brown University’s student government recently began providing free pads and tampons in campus bathrooms, and Meye said members of this university’s SGA felt it was time they did the same.

“We at the SGA that worked on this campaign believe that it is a necessity,” Meye said. “And especially considering low income students that sometimes struggle with having the necessary funding for food, they might not have the money for tampons. So we wanted to make them available.”

The committee plans to ask the SGA for $3,000 to fund the pilot program, Pruitt said. This money would come from the SGA’s existing budget and would not require any additional fees. Pruitt also plans to ask the Graduate Student Government and Residence Hall Association for additional contributions.

The students behind this project said Stamp’s central location would allow the pilot to reach a large swath of students and allow for the SGA to easily manage logistics, collect data and determine the need for these products.

Pruitt said he hopes to have a bill move through the legislature in the first few weeks of the semester. After the pilot phase, the committee will assess the impact of the campaign to determine how the SGA could go forward with the program.

Sophomore Meaghan O’Neel said the university providing pads and tampons would take some of the stress out of managing a period every month.

“Many of my friends face the issue of not being able to pay for pads and tampons, or they’re out in public and they don’t have pads and tampons on them,” the math major said. “Every single person who gets their period every month, it’s something that they definitely need.”

SGA members met with health center director David McBride to discuss their plans for the campaign. McBride said menstrual care is “definitely something that’s on women’s minds,” but that students haven’t raised the issue to him before.

Garda, an international business major, said she is confident the committee can pass the bill and secure funding for the campaign.

“The Department of Education requires that universities provide students with toilet paper because they deem it to be a necessity,” Pruitt said. “From that logic, it is not hard to get to the fact that these feminine hygiene products are a necessity to a lot of students, so why are we not applying the same argument in this case?”