Maryland field hockey is headed to the Final Four after upsetting Duke, 3-2 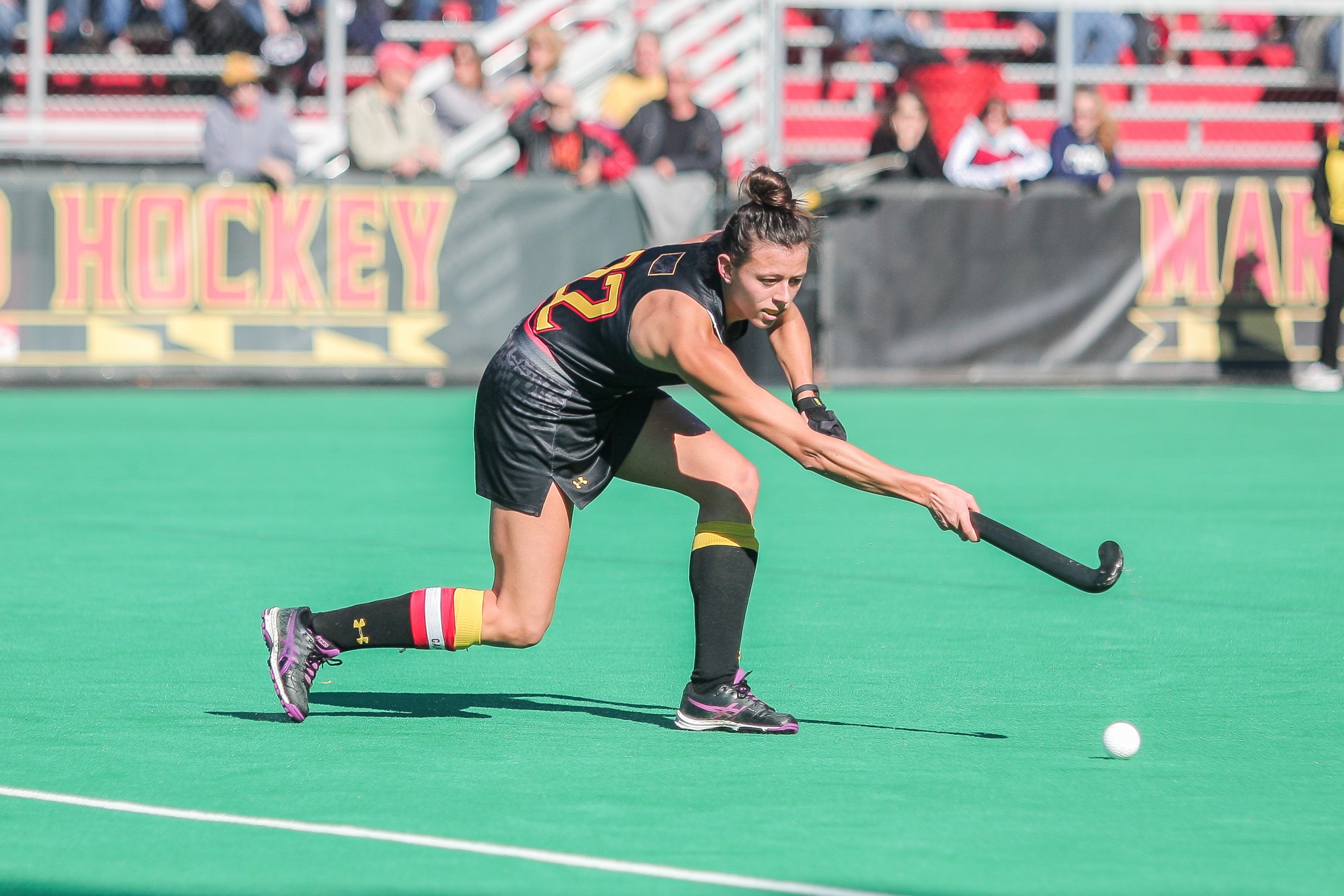 After Maryland field hockey defeated No. 12 Wake Forest to secure a spot in the NCAA tournament field hockey quarterfinals, coach Missy Meharg said the Terps’ attack capitalized when it needed to.

Down by one to No. 2-seed Duke on Sunday with about seven minutes to go and the Terps’ postseason survival on the line, the offense delivered again, scoring twice to earn a 3-2 win.

In the 66th minute, forward Linnea Gonzales converted to give the Terps a go-ahead goal, securing Maryland’s first Final Four appearance since 2013.

Though Duke maintained a one-goal advantage for much of the second half, the Terps attack responded late. About two minutes before Gonzales’ game-winner, defender Bodil Keus capitalized on a penalty corner opportunity. Her line-drive strike landed in the upper-right corner of the net to tie the game.

Much like in the first meeting between the former ACC foes, Duke’s attack scored almost immediately. About 90 seconds into the game, forward Rose Tynan found herself in the middle of the offensive zone. There were Terps defenders around her, but she used a backhanded shot to score and give Duke a one-goal edge.

Though they didn’t score again before the intermission, the Blue Devils found success against Maryland’s defense, which at its peak pressures opposing attackers everywhere on the field. Duke connected on long passes and advanced the ball past Maryland’s midfield, a feat Wake Forest struggled to accomplish.

Still, the Terps tied the game in the 23rd minute. Freshman midfielder Kyler Greenwalt, who said earlier this week that she was confident the Terps would make the tournament despite early-season doubts, tipped the ball into the bottom-left corner of the net to score. She and midfielder Madison Maguire used a 2-on-1 advantage to start the breakaway.

Duke outshot Maryland, 4-2, in the first half. Nonetheless, the teams entered the intermission level.

In the 42nd minute, Duke forward Ashley Kristen’s shot from about four yards in front of the net gave the Blue Devils a 2-1 lead.

But Maryland’s attack earned two late opportunities, taking advantage of both chances to advance to Louisville, Kentucky, for the final four.