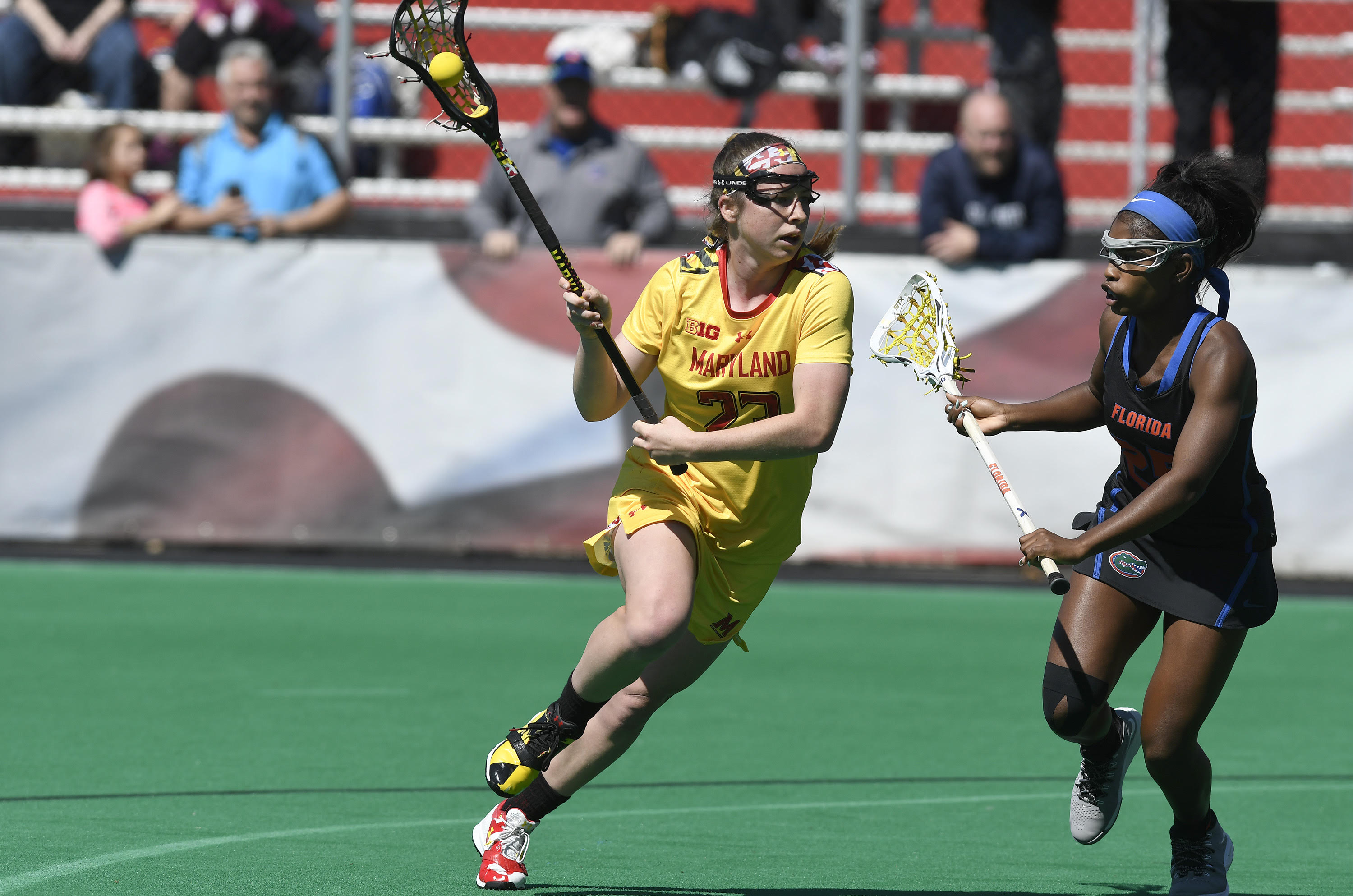 After leading Maryland women’s lacrosse in scoring for most games this season, Megan Whittle’s pace slowed over the past few games. She scored twice in the Terps’ victory over Georgetown and three times in a win against James Madison after scoring as many as seven goals earlier this year.

But her scoring ways returned in Ann Arbor against Michigan on Saturday. Her five goals were crucial to lead the Terps to a 16-9 win over the Wolverines. Attacker Brindi Griffin and midfielder Jen Giles also supplied hat tricks in the victory.

Coach Cathy Reese said Whittle’s quick first step to attack down the side of the field was key for the team in a matchup where it was forced out of its passing rhythm.

“A lot of our shots were generated off of one-on-one dodges, and that’s Megan’s strength,” Reese said. “Megan did an outstanding job in her dodging and opening up and finishing on her eight meter too… [She] was able to create some really good looks on cage for us.”

Reese was unimpressed with No. 2 Maryland’s start in its Wednesday victory over Georgetown. Whittle made sure there wasn’t a repeat against Michigan (5-7, 1-2 Big Ten).

The Terps (10-1, 2-0 Big Ten) got off to a quick start, scoring four unanswered goals within the first six minutes of the matchup. Two of those goals, including the first of the game, came from Whittle.

“I think it’s definitely important to start out on the right foot from the first whistle and just get out by a couple goals and establish the tone right away,” Whittle said. “That’s important for our game, to come out firing and to come out fast. …I thought it was a good start for us.”

It took Michigan about 14 minutes to find its first goal. By the time the Wolverines netted again, they trailed, 7-2.

Despite a brief run from Michigan to close to first half, the Terps’ lead never dipped below five as they controlled the game the whole way.

Still, Cathy Reese wished for a better shooting percentage from her team. Maryland shot just 37 percent on offense. Reese did note that weather may have played a factor in that rate.

Megan Whittle scored twice in the second half before exiting the game to make way for a wave of substitutes with the Terps up by a large margin.

While Michigan made another scoring run in the closing minutes of the game with backup goalkeeper Madison Hine in net, Maryland’s lead held for its second Big Ten victory of the season.