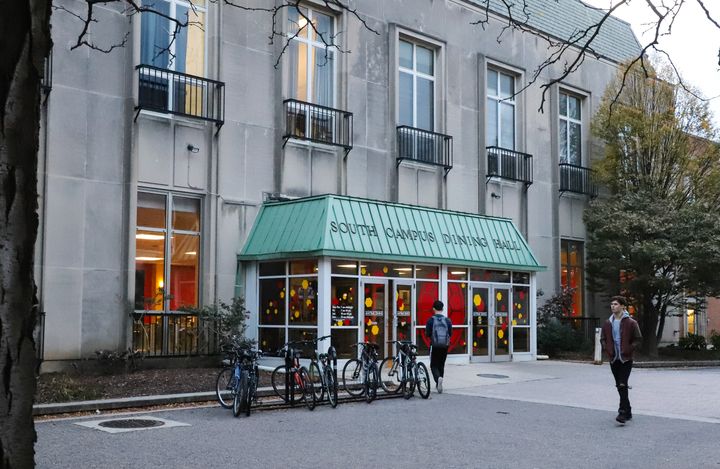 Dining Services launched a total overhaul of its online menu this semester after feedback from students who asked for more nutritional information than was previously being offered.

The menu, which includes ingredients lists, nutritional facts and other information, offers a nearly comprehensive list of items being served at the three main dining halls, 251 North, the North Campus Dining Hall and the South Campus Dining Hall, and was built in partnership with Nutrislice, a digital menu company.

“Innovation to the dining experience has been greatly desired,” Hipple said. “For a number of years, students have been doing enterprise projects based on improving the nutritional experience online.”

The menu currently displays breakfast, lunch and dinner options for the three dining halls. For nearly all offerings, information like serving size, calorie count and an ingredients list is included.

“I know friends who work out a good amount and they like counting their calories, so this would be useful for them,” sophomore psychology and neuroscience major Robbie Seltzer said.

The menu also indicates whether a food includes ingredients like milk, soy or wheat. This feature could be useful information for students with dietary restrictions, said sophomore supply chain management major Jack Petrauskas.

The menu is published on the website about a week in advance to help students create a plan of where and when they want to grab meals.

“I looked [the menu] up today to see what they had,” said freshman letters and sciences student Keri Sullivan.

At times the partnership with Nutrislice was somewhat of a struggle because of how large this university’s dining system is, Hipple said, adding that the company works mostly with K-12 schools and a few businesses, and had never worked with a university before.

Dining Services began promoting the new menu by placing information about it on tables in the dining halls, Hipple said, and have included promotions with other dining information in mailers to incoming students.

There are also links to the menu in multiple places on the dining services website.

“I just went on their website,” said freshman international business major Madison Spiotta said. “I was looking for their daily specials and then I accidentally found their menu.”

Seltzer said he wasn’t previously aware of the new service, but would use it in the future.

“I may try this moving forward, every once in a while,” Seltzer said. “Maybe checking out something that I have practically every day, like stir fry, for example, it might be nice to know exactly what I’m eating.”

The next step in improving the menu is adding photos for each recipe, which total more than 2,000, Hipple said, adding that there is no timetable for this to be done, but there is a student photographer currently working on the project.

Hipple said feedback on the new menu has been positive thus far.

“Students are aware that [the menu] exists,” Hipple said. “They are much more impressed with this than the old interface.”