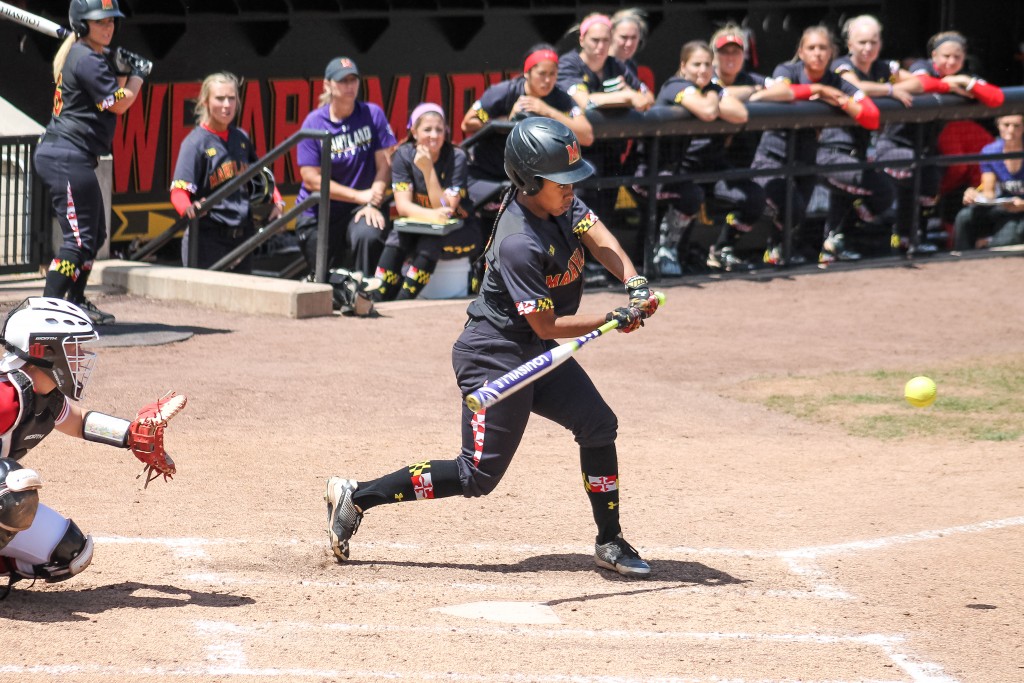 Maryland softball had two hits and struck out nine times in its 2-0 loss to Michigan State. The Terps had a runner on base in six of the seven innings but were held hitless with runners on base.

The Terps (7-25-1, 0-5) put pressure on the Spartans in the third frame, too. Infielder Juli Strange stroked a double, the 125th hit of her career, but outfielder Amanda Brashear flew out and pitcher Hannah Dewey struck out.

In the fourth, Nordberg and Calta struck out for the second time in the game, stranding Kufta and Dillard on first and second, respectively.

After outfielder Lexi White walked in the third, infielder Kelly Zackrison advanced White to third with the Spartans’ first hit of the game. The first opportunity with a runner in scoring position, outfielder Lea Foerster doubled to put the Spartans up 1-0.

Infielder Kaitlyn Eveland then singled to lead off the fourth frame. Without another hit in the inning, Eveland came around to score on a wild pitch, making it a 2-0 game. She moved to second after a walk and advanced on a fly ball to right before taking home.

The Terps picked up their second hit of the game in the seventh when pinch hitter Destiney Henderson led off with a single. But outfielder Kassidy Cross and pinch hitter Madison Martin flew out, then Strange struck out to secure a series win for Michigan State.