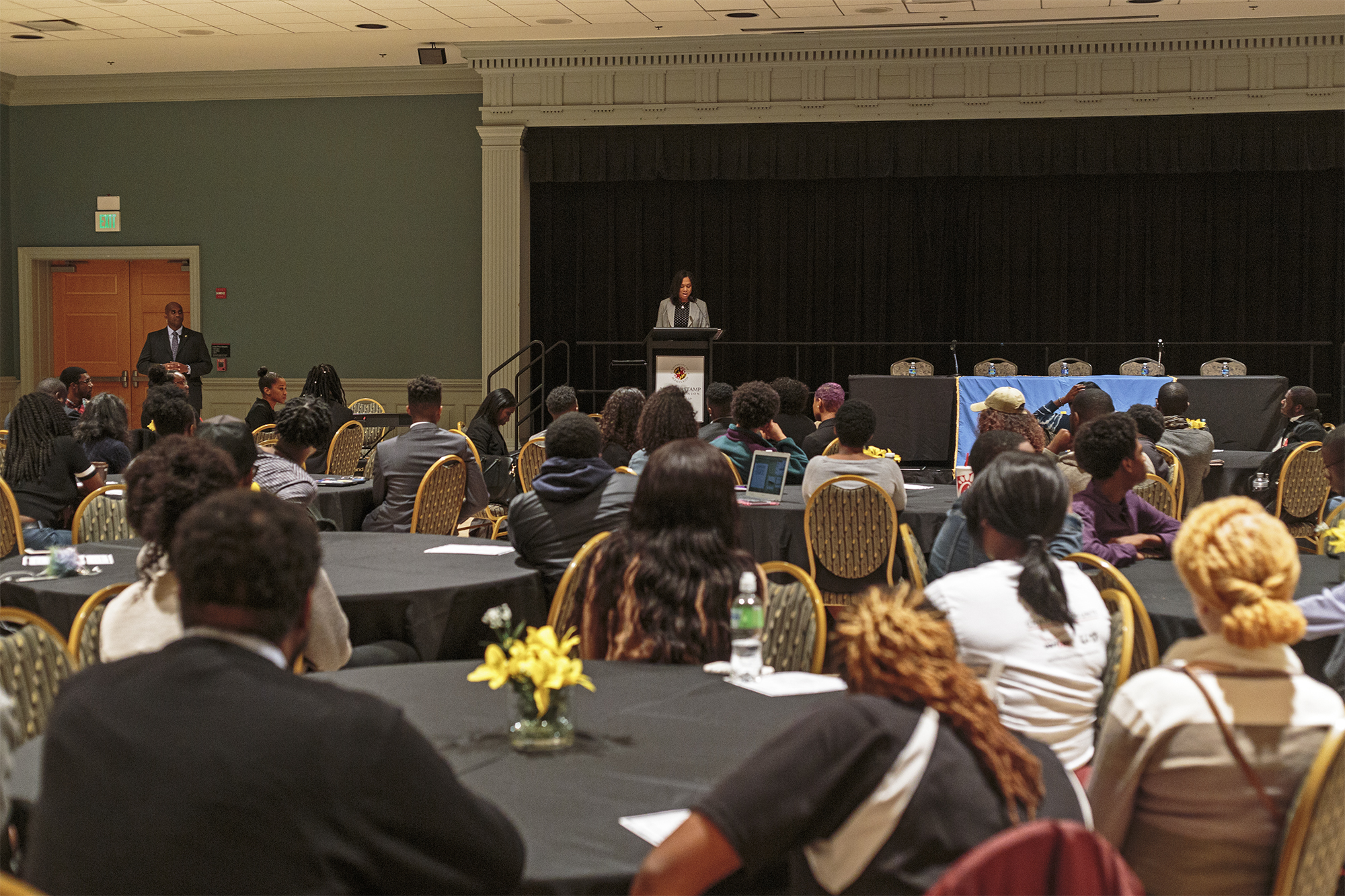 Mosby began the discussion, hosted by the University of Maryland’s NAACP chapter, by speaking about her decision to charge and prosecute the six officers involved in the death of Freddie Gray.

“I could never have imagined that doing my job would place me in the dead center of a national conflict between urban populations of color and the law enforcement agencies that are sworn to protect and serve them,” Mosby said to a crowd of more than 100 people gathered in the Stamp Student Union’s Colony Ballroom.

Gray, 25, died a week after suffering a spinal cord injury while in police custody. Gray’s death sparked protests in Baltimore, and was a flashpoint in the national conversation about police brutality.

Mosby faced criticism from police and other officials for her decision to prosecute the officers, who were not convicted.

Mosby said people of color need to have a seat at the table so they can create positive change on issues like police brutality and mass incarceration.

“Collectively as African Americans, other than expressing outrage, what are we as a community doing about it?” Mosby said. “History has proven that we can’t just march and think that things will get better on their own.”

The panelists echoed Mosby’s emphasis on speaking up to create change. They agreed boycotting businesses and using social media are powerful tools for change.

Ray said that in his research about protests and social media after the death of Michael Brown in Ferguson, he found that social media activity spikes occurred on the days that experienced the most protesting.

The panelists also discussed the current presidential election, and the legacy of the Obama administration.

“The Obama administration hasn’t done enough,” Ray said. “In electing a black president, we saw the racist head of America come out even more.”

Ray said President Barack Obama’s election coincided with the 2008 financial crisis, which led to some people to believe that minorities were a threat to jobs, education and cultural ways of life.

And now, with the rise of Donald Trump, Jancewicz said, “We have a presidential candidate who’s running on a law and order platform which has done enormously destructive things in the past.”

“There’s a widespread population that supports that movement and that is largely white people,” he said. “We have a job to tell politicians what is and isn’t OK.”

People of color aren’t the only ones who need to stand against racism, Jancewicz said. White people, he said, must know when they hear something racist and speak out against racism.

“We have a voice that matters,” Thomas said. “We [young people], have such an important perspective.”