Maryland volleyball leaned on its star freshmen to upset No. 17 Purdue 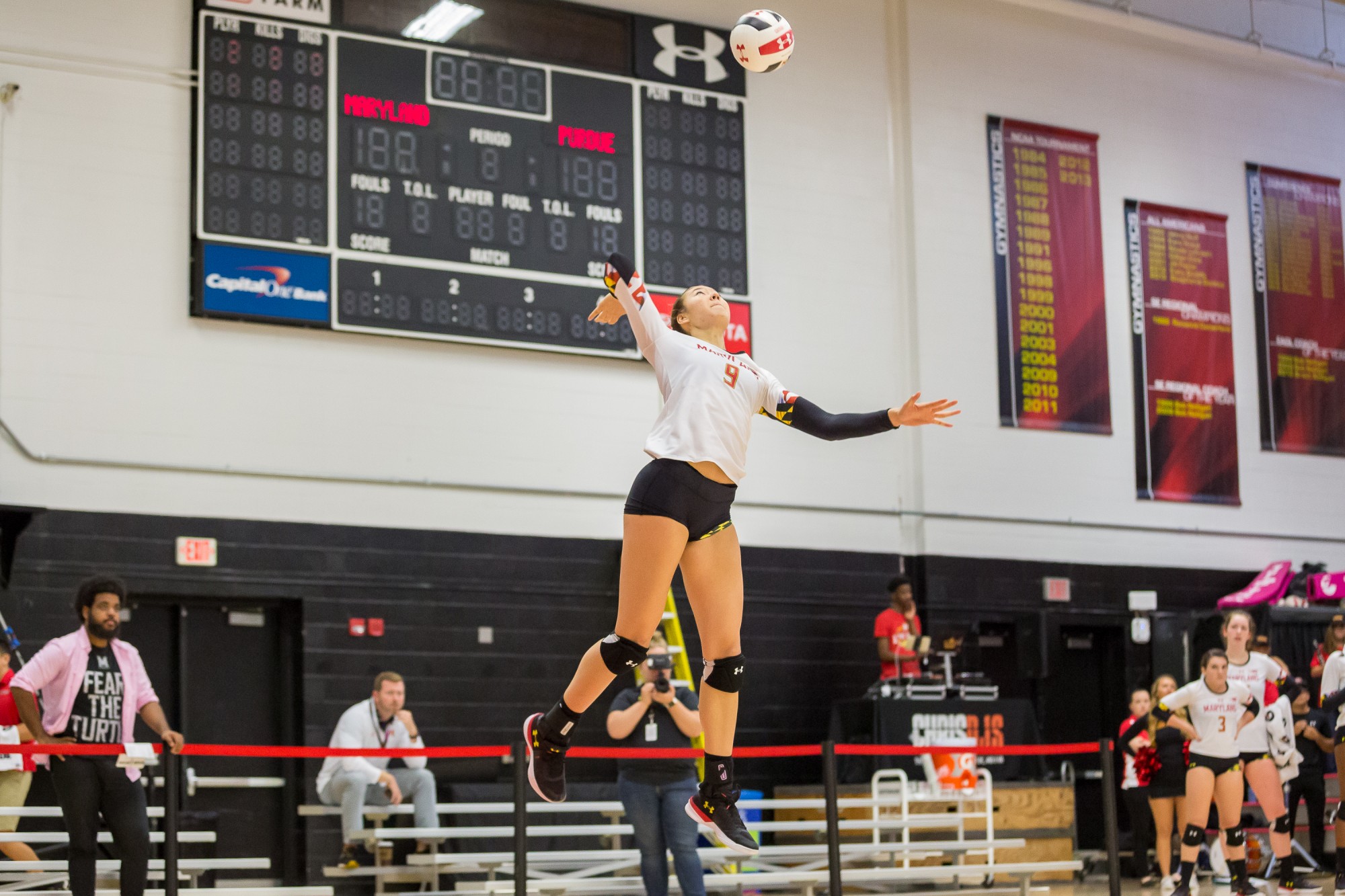 “I know, I never do that,” Drechsel replied.

The freshman posted 13 kills with just one error. But the squad’s lofty hitting percentages might not surprise Milana soon as the freshmen continue to improve.

The Maryland rookie’s development has balanced the Terps’ attack, helping the team become eligible for the NCAA tournament, which it hasn’t made since 2005. Contributions from multiple Terps enabled them to grab their 16th win of the season Sunday, the highest mark in coach Steve Aird’s four years in College Park.

“You know what the program’s going to look like in a couple years, especially if freshmen are doing that well,” Milana said. “There’s no doubt in my mind that we’re going to keep getting better and better every day, and it’s because of the young players.”

[Read more: Maryland volleyball is eligible for the NCAA tournament after upsetting No. 17 Purdue]

Last season, when Milana was a freshman, the Terps featured less offensive versatility. She outpaced Maryland’s second-highest scorer, outside hitter Liz Twilley, by 197 kills and by 508 attacks in 2016.

But this season, two pieces of Maryland’s first top-10 recruiting class have eased the burden on Milana. The Romeo, Michigan, native still leads the Terps in kills, but she’s posted just 21 more than outside hitter Erika Pritchard.

So, when Milana started the first set against Purdue with one kill and two attack errors, the Terps overcame her slow start with others’ contributions. Pritchard led the team with 18 kills while three other Terps notched double-digit kills. Four players had more than 20 total attempts.

“It’s taken us all a little bit of an adjustment to know that we can play together,” Drechsel said. “Coming from high school, I’m sure all of us were kind of the go-to hitter. Now, since we have so many really great hitters, it balances out.”

Purdue ranks third in the country with a .323 hitting percentage, but Maryland kept pace with the Boilermakers with Pritchard and Drechsel’s best offensive displays thus far in Big Ten play.

Their contributions, coupled with efforts from opposite hitter Angel Gaskin and middle blockers Hailey Murray and Jada Gardner, earned Maryland its first attacking clip above .300 in a conference match this season.

Drechsel, the Terps’ top recruit in their best-ever class, has faced a slower start to her college career than other 2017 commits, struggling to find consistency. Aird said he knows the 2016 Under Armour First Team All-American will become a top-tier player, and her .429 hitting percentage against the Boilermakers showed a glimpse of her potential.

“The fun thing about when you recruit in this sport, you get to know them early,” Aird said. “So, you kind of have a feeling of what they’re going to be. And they’re nowhere close to where they’re going to end up, but it’s fun to watch them start to do some things where people go, ‘Wow, that’s pretty impressive.’ The whole way I’ve known that’s in them.”