After 37 people were evicted from this College Park property, it sold for $1.4 million 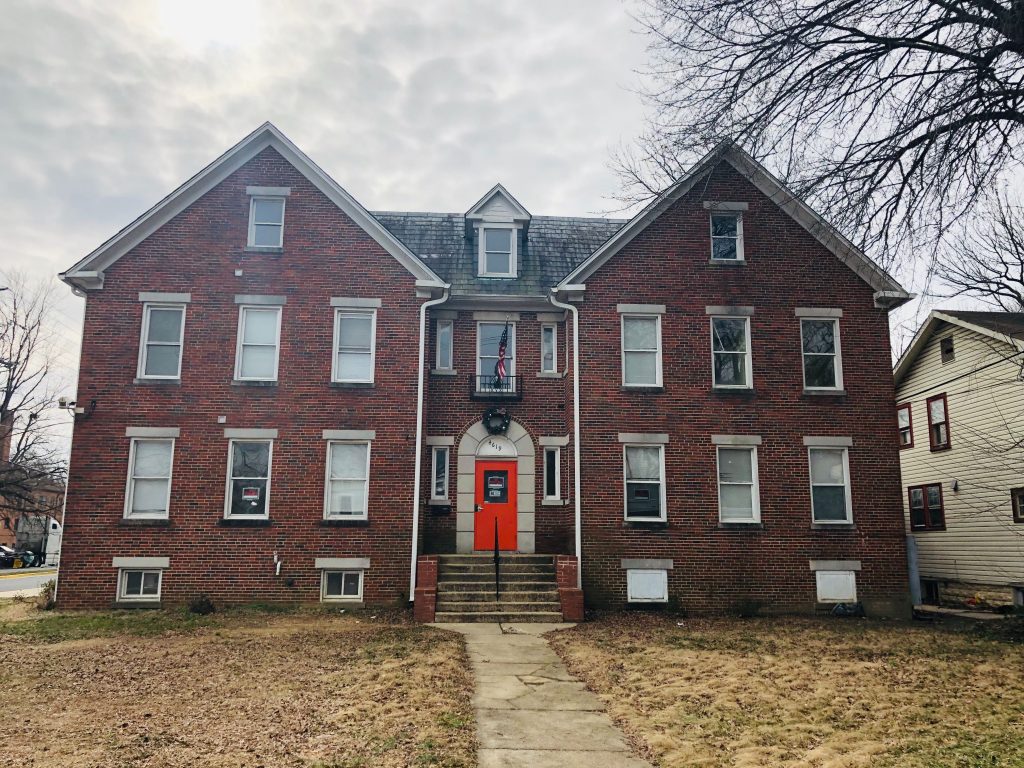 4619 College Ave., known by many as "Complex," was sold in December for $1.4 million. The property was acquired in a May 2016 tax sale for $315,000 after owner Tom Chen lost the property due to unpaid property taxes. (Jeff Barnes/For The Diamondback)

Less than two months after 37 residents were evicted, the property at 4619 College Ave. was sold for $1.4 million.

The most recent residents of the property — many of whom belonged to the University of Maryland chapters of the Tau Epsilon Phi and Sigma Nu fraternities — were evicted from the property on Oct. 19.

The property was originally going to be up for auction last month with an opening bid of $700,000, but a $1.4 million offer was made and accepted prior to the auction.

“We did our analysis and that’s what we thought it was worth, that’s what it was worth to us,” said Ilya Zusin, who is listed as the resident agent of ZS 4619, LLC, a limited liability company that purchased the property.

Zusin is the founder and president of Zusin Development, a Washington-based real estate development company that also developed the Landmark apartments. Zusin said architects are currently in the process of drafting plans for the renovation of the property and that the renovation would be “mostly cosmetic.”

The property has a history of code violations and condemnations, which were committed under Chen, who has been a landlord in the city for more than 20 years and ran unsuccessfully to be College Park’s mayor in 2017.

City officials have long expressed concern about the safety of residents at the property, which only permits 16 residents, according to city guidelines.

The property was condemned from June 2015 to August 2017, and has accumulated 21 code violations since then, for things including litter, noise, inoperable vehicles and fire safety violations, according to an online city code violation search.

“They are going to try very hard to make this apartment building a place that’s safe and not problematic for neighbors,” Rigg said. “I think that the new owners are approaching the city and having conversations early and appear to be adopting a posture of both compliance but also collaboration.”

“While there are examples of good, outstanding, long-serving and trustworthy landlords all over the city, there are also counter-examples of landlords who profiteer, who play ‘fast and loose’ with the city and county regulations who probably put life and property at risk,” Rigg added.

Alex Tobin, the student liaison to the city’s council, said the deal shows how College Park is becoming an attractive place to live, but he has concerns about what deals like these mean for students looking for affordable housing. Tobin said affordable off-campus housing is one issue the new Student Advisory Committee will look at addressing at its first meeting in early February.

Rigg said the property’s sale is a good step forward for the neighborhood.