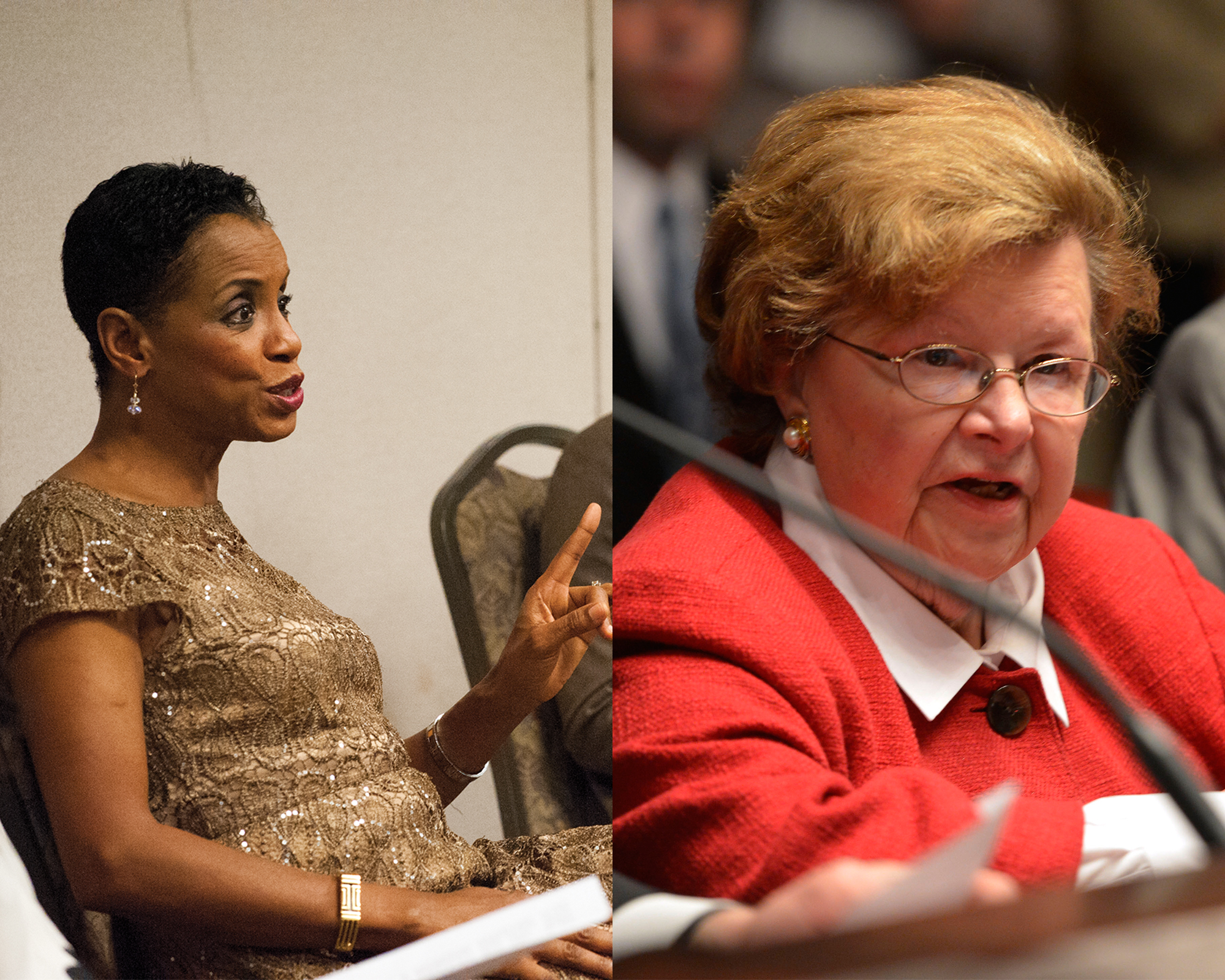 While the country may elect its first female president on Tuesday, Maryland is facing the prospect of sending an all-male delegation to Congress.

With the retirement of Sen. Barbara Mikulski — the longest-serving woman in U.S. Senate history — and the Democratic Party running all male congressional candidates in this election, this state may lose its female voices in Congress for the first time in more than 40 years.

Mikulski, who is known as the “dean” of Senate women, was the first female Democrat elected senator in her own right, rather than filling a seat vacated by a husband or father. She previously served in the House of Representatives and represented Maryland’s 3rd District for 10 years.

Republican Amie Hoeber is challenging incumbent John Delaney in the state’s 6th District, which Delaney won by 1.5 percentage points in 2014. If Delaney and Van Hollen both win their elections, Maryland will send 10 men to Congress in January.

In 2016, women held about 19 percent of seats in Congress, with 20 women serving in the Senate and 84 women in the House.

When women run, they win as often as men do, but they often don’t run because they are not encouraged to do so or don’t “see themselves as elected officials,” said Diane Fink, the executive director of Emerge Maryland, an organization that trains Democratic women in Maryland to campaign and run for public office.

Meredith Lightstone, co-president of Terps for Hillary, said having female role models is “invaluable” for young women who want to enter politics or other fields.

After a competitive primary, Van Hollen defeated Rep. Donna Edwards, the first black woman elected to Congress in this state, to win the Democratic Senate nomination on April 26. In her concession speech, Edwards called upon Democrats to do more to foster diversity and inclusion in a “so-called progressive state.”

Many more Democratic women serve in the U.S. Congress and the Maryland legislature currently than Republican women. But Maryland Republican Party Executive Director Joe Cluster said this year that Republicans are “hoping to save Maryland from this embarrassment of having an all-man delegation by electing Amie Hoeber.”

He added that Hoeber has “a really good shot out in western Maryland.”

Szeliga said it “would be a shame” if the state sent an all-male delegation to Congress.

“I never tell anyone, ‘Vote for me because I’m a woman,’ but we need women to represent us,” Szeliga said. “I am a woman, and because of that, I bring a diverse view about life and lawmaking to the table.”

Katti McNally, a government and politics doctoral student, said studies have shown women are much more likely to pursue women’s interest legislation and speak out on the floor on issues relevant to women, which is why “it’s really important to have those voices there in committee rooms [and] on the floor.”

But Van Hollen has consistently voted in favor of abortion rights and other measures intended to benefit women, McNally said. Van Hollen noted that leading women’s organizations like NOW and NARAL Pro-Choice America have endorsed him, while Szeliga has opposed measures like a woman’s right to choose.

“I’ve been fighting for and representing interests that are important to women and families and all of us since my first days in the legislature,” Van Hollen said. “And we need to continue fighting for those issues.”

While Maryland might be losing its women in Congress, Kleeman said women are still a presence in the state’s politics. Stephanie Rawlings-Blake serves as mayor of Baltimore, while former reporter and Marriott executive Kathleen Matthews and Maryland Delegate Joseline Pena-Melnyk were among several Democratic women who vied for Congressional nominations in April.

“It’s not as though women aren’t visible in politics and running, it’s just that they don’t always win,” Kleeman said.

This state currently ranks seventh in terms of women’s representation in state legislatures, according to the Center for American Women and Politics. Sixty of Maryland’s 188 state lawmakers, or about 32 percent, are women, according to the center.

Fink said she thinks Hillary Clinton’s candidacy, as well as some of the language Donald Trump has used to describe women, may empower women to get involved with the political process.

“It’s raised the discourse and … has empowered women in certain ways to say, ‘You know, this is not okay,'” she said. “‘I always knew it wasn’t okay, but now I can say it out loud, and I have a lot of support and I want to follow Hillary’s lead.'”

Student Government Association President Katherine Swanson said while opponents have said some “pretty awful things” about Clinton and her gender, having a woman running for president and surrounding national conversations should be encouraging to young women.

“It’s encouraging to me, that’s for sure,” Swanson said.