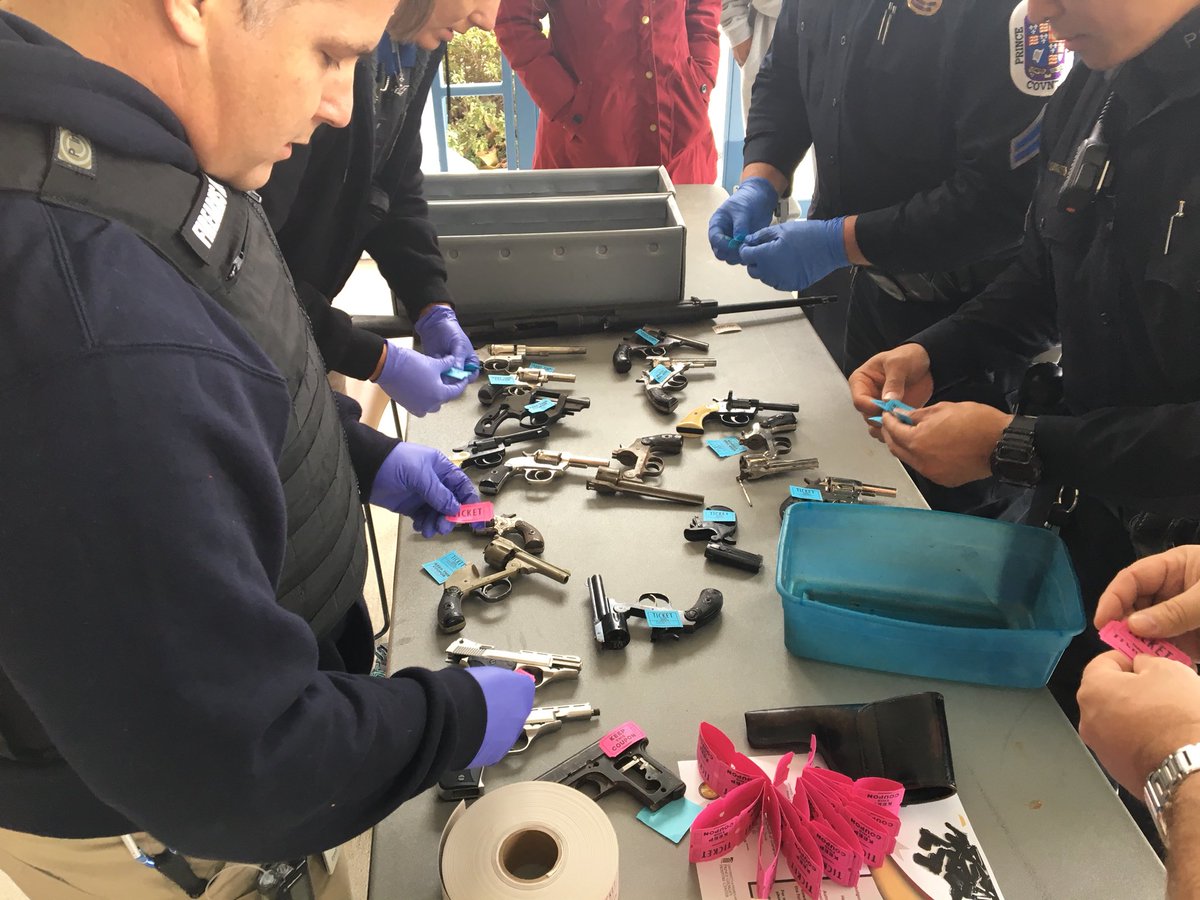 The program allows residents to turn in unwanted firearms to the police department in exchange for gift cards during buyback events.

“We want to do everything we can to stop gun violence before it starts,” Bond said. “Every day we’re taking more and more guns off the streets, so the work the officers are doing has proven effective.”

Citizens handed in 161 guns for more than $19,600 in gift cards at an event held Nov. 18 at the First Baptist Church of Glenarden, one of the sponsors of the program. The Zion Church of Landover and University of Maryland Prince George’s Hospital Center also sponsor the program.

Since the program took effect in 2012, it has taught residents about the harm that can result of unwanted firearms, said James Marshall, pastor of Zion Church.

“The impact of gun violence is not just seen through homicides and people who have lost their lives in connection to guns, but also people who have been victims of other gun-related crimes like robberies and assaults,” Marshall said. “We believe doing this program will incentivize people to make sure all the guns in the county are being managed safely.”

When an individual hands in a firearm on the day of an event, police don’t question where the gun came from and why they have it, Marshall said, adding he believes this makes residents more receptive to participating in the program.

Police then dispose of the weapons “in a safe and efficient manner,” Bond said.

Many residents utilize the program because they inherited guns from a loved one and want to discard of the weapon safely, Marshall added.

Don Kettl, a public policy professor at this university, said some gun buyback programs have a “limited impact.”

“Given the supply of guns out there and the political climate, the impact is often only a drop in the bucket,” Kettl said. “But it’s a bucket where any drop can really make a difference.”

The debate over Second Amendment freedoms often restricts state and local governments from enacting regulatory changes, Kettl said, adding the issue has grown out of President Trump’s efforts to strengthen ties to his political base, which is composed of many gun rights advocates.

Sixty-two percent of gun owners voted for Trump in the presidential election, according to the 2016 American National Election Studies.

Many communities “resort” to gun buyback programs due to the difficulties involved in amending gun control legislation, Kettl said.

“In the face of these challenges, localities often end up going to things like a gun buyback program where, at the very least, they figure every gun they take off the street means there are fewer guns that would be available for commission of a crime,” Kettl said.

The partners involved in the program have discussed increasing the number of events held annually in response to these tragedies, Marshall said. Police officials in Washington D.C., have reached out to leaders of the county’s gun buyback program to ask for help in establishing a similar program, he added.

“We would love to see more people participate in the program and continue to get the word out about it,” Marshall said. “Even if it’s just raising awareness that unwanted guns are typically not cared for in a safe way or letting more people know that they don’t have to just live with guns in their houses.”