Maryland volleyball struggles to hit in 3-0 loss to No. 9 Wisconsin 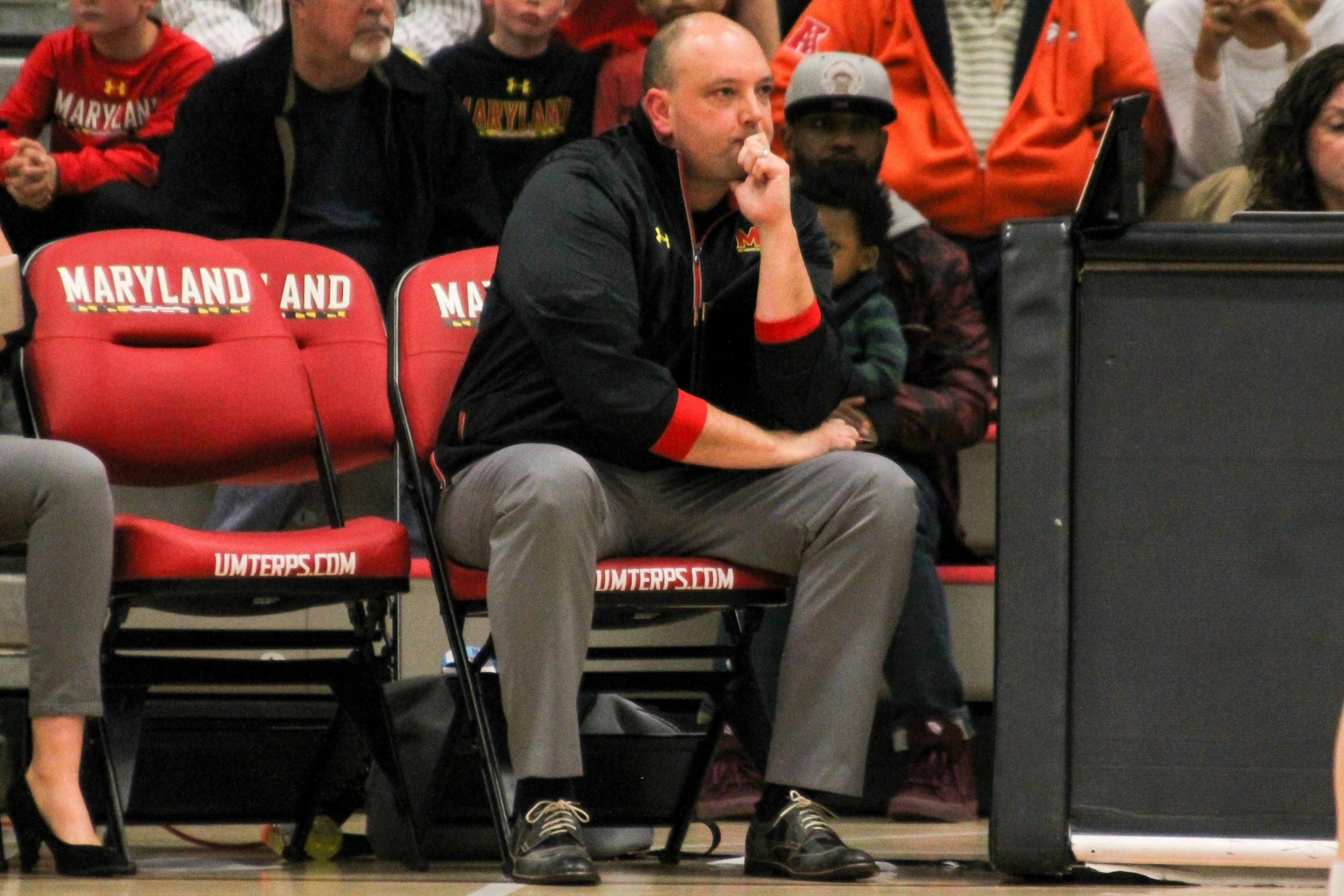 While the 6-foot-8 Freshman of the Year candidate stood out — and above — her competition, Rettke was surrounded by teammates who helped limit the productivity of Maryland’s attack. The Terps hit .094 as they fell in straight sets (16-25, 20-25, 19-25) to the Badgers.

“We hit a lot of balls out of bounds tonight that were just kind of mindless,” Aird said. “At one point, we had five freshmen on the court with a sophomore setter. So, you kind of know you’re going to take your lumps, but it’s just the next progression of it and those kids need experience.”

“You get up there sometimes and you just feel a wall, like darkness in front of you,” middle blocker Hailey Murray said. “But it’s a fun challenge.”

The Terps increased their speed on attack to make it difficult for Wisconsin’s blockers to get set up. But at times, it looked frantic and led to unforced errors.

The Terps finished with 22 attacking errors as Wisconsin rolled to a 25-19 third set victory.

“When you start working on anything new,” Murray said, “sometimes you always have a dip before you can really get the incline.”

As libero Kelsey Wicinski — a stalwart piece in the middle of Maryland’s defense for the past two seasons — missed her third straight match due to an upper-body injury, there were breakdowns in Maryland’s shift from defense to attack.

“It’s all interconnected,” Aird said. “The quality of the first touch makes it a lot easier on the setters. When the setting’s good, it makes it easier on the hitters. We had lots of opportunities to score.”

The Terps tallied 102 attacks, 12 more than the Badgers, but they faltered with 29 kills to Wisconsin’s 45. Maryland had a chance to capitalize on Wisconsin’s 11 service errors, but attacking inefficiencies hampered the Terps in the first match of a stretch that includes seven ranked teams through mid-November.

“If you don’t play really well against the top-10 teams, this is kind of what you get,” Aird said. “And because we play nothing but top-10 and -15 teams for the next month, that’s what it is. We’ve just got to work on getting better.”