The rise of individualism has destroyed American leadership 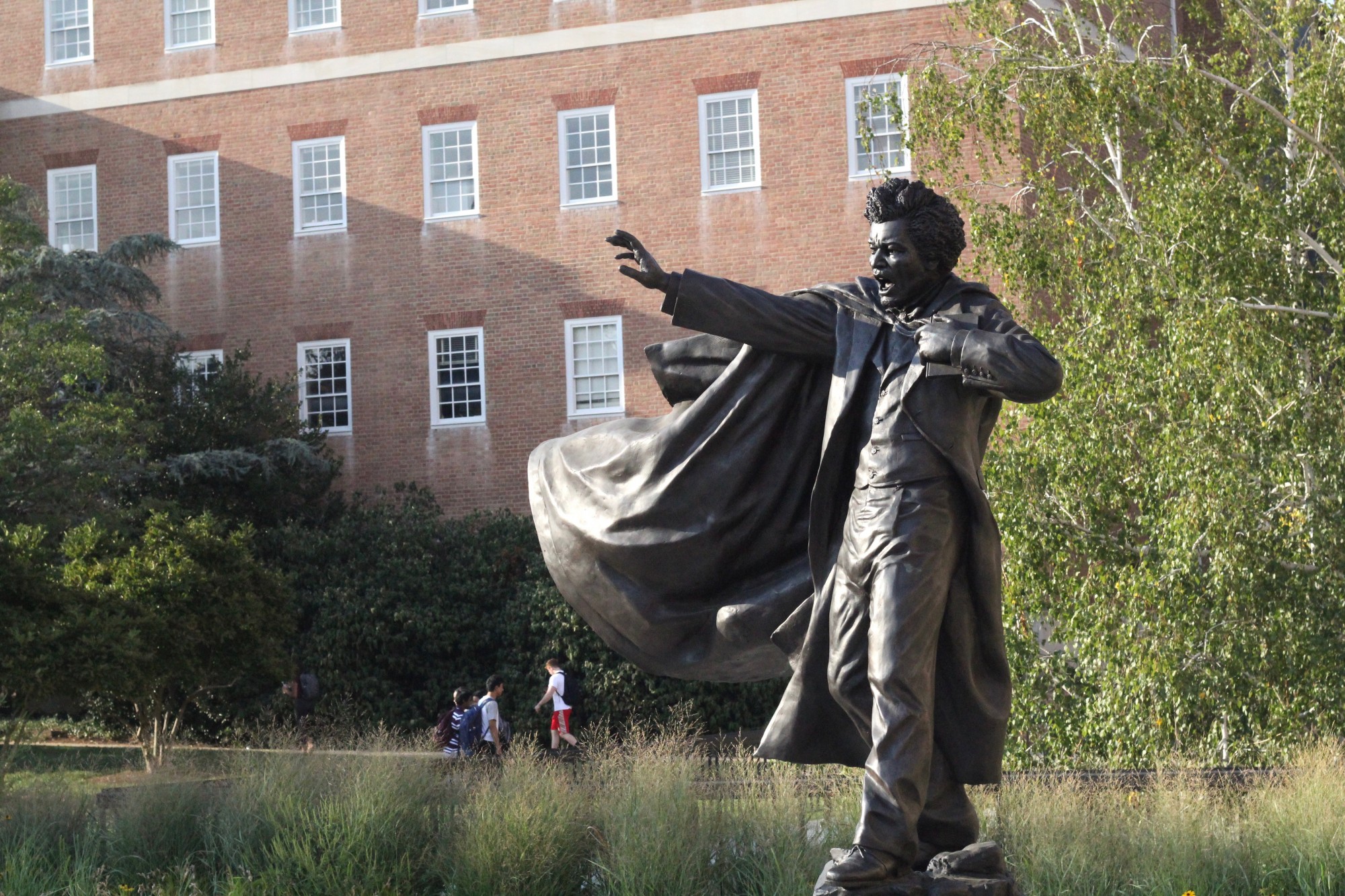 An epic statue of the great abolitionist Frederick Douglass stands in Hornbake Plaza. Douglass’ statue has become a rallying point on this campus for social justice groups. This is because great leaders such as Martin Luther King Jr., Susan B. Anthony and Douglass could successfully unite large and diverse groups of people to create positive change. People look up to them not just as individuals, but as representations of a struggle.

While there are many causes to be championed today, it is hard to find similar leaders. The American people no longer trust mainstream politicians and don’t universally admire prominent celebrities. Today, front-runners who inspire change and motivate communities simply don’t exist in America. What has happened to great American leaders?

The rise of individualism in American society explains this problem. America is one of the most individualistic societies in the world. That means Americans care more about themselves and less about larger collectives. They also tend to not respect hierarchies and are less willing to rely on higher authorities for support. Because of this, Americans have come to believe that they exert complete autonomy over their lives.

Most Americans want to make choices that promote their own interests instead of mutual beliefs and the overarching interests of the collective. “What is in it for me?” has become the pervasive question in America, while the value of virtue and truth has dwindled. Today’s leaders have learned they cannot earn Americans’ respect by preaching values of equality, love or justice. Their support can only be garnered by catering to individual interests — saying what people want to hear. Contemporary political campaigns perfectly emulate this reality.

In campaigns, everything is intentional, including a candidate’s clothing, hairdo and even vocabulary. We have asked politicians to dismantle the hierarchy that separates the people from their leaders. Individualistic Americans want to see their leaders as representations of themselves, because they want to believe they can easily climb the social ladder. Most contemporary politicians dilute their personality and political stances enough to be accepted by the largest group possible. Discussions of ethics and morals have diminished, and Americans now choose their leaders based off superficial factors that appeal to their own interests and identity. When there is no sense of collective obligation, it is difficult for leaders to unite large swaths of people, especially over issues of justice.

Critics of this theory will point to the recent women’s and climate marches as examples of Americans uniting for justice. However, these events were direct responses to the rise of President Trump. Women’s and environmental rights were issues before his election. If Americans truly cared about these values, why did more than 40 percent of Americans choose not to vote? And that is considered an excellent turnout for the United States. In comparison, the record-low turnout in France on May 7 was at least 14 percent higher than in the U.S.

America needs a moral re-awakening that inspires citizens to care more about values and virtues. If we desire to engender change like Anthony, Douglass and King did, we need to be ready to accept leadership. So, when we pass the Frederick Douglass statue, let’s try to be less individualistic and think more about how we can champion causes greater than ourselves.