Review: ‘What It Means When A Man Falls From the Sky’ captures the gritty strength of women 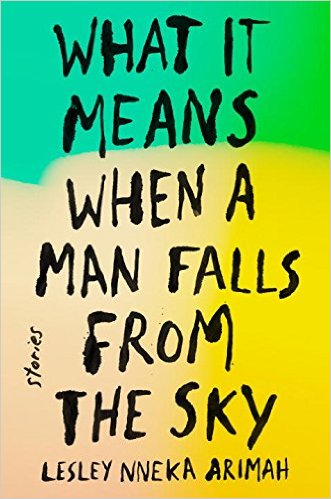 An unruly troublemaker is sent on an unwanted trip to Lagos and spends the summer in the presence of a scandal-plagued cousin. A woman with chronic misfortune meets a man blessed by luck and soon becomes entangled in questions of self-will and independence. A mathematician watches a man fall from the sky and remains unfazed.

The combination of stories is unlike anything I have ever read. They’re all clearly separate, yet interconnected through common themes and ideas. The concept of grief, specifically the emotional turmoil all women feel regardless of class or creed, is heavily explored. And it’s not just about the grief caused by the death of a loved one, either; there’s grief arising from the loss of childhood or will to live. There’s despair for a lost sibling or child, along with sadness over losing a part of yourself. Each of Arimah’s stories are filled with situations that cause both an immediate emotional response and a need for reflection.

Arimah’s stories truthfully explore the complex relationships between families, focusing a great deal on the bonds between mother and daughter. Not everything is picture-perfect in the lives of these women — a fact made clearer in each sequential story. But it wouldn’t be as real or powerful if their lives were sugarcoated. Arimah tells the story of women who have suffered, women who have worked day in and day out to succeed, not only for themselves but also for their children.

These women are raw, messy and dirty — and yet even when they struggle, their is power within them. It’s a power that is not often touched on in pop culture, and yet it’s one that so many young women hold. In Arimah’s stories, things are often bad. But life goes on and her female characters persevere along the way.

With such a successful debut, let’s hope we hear a lot more from Arimah.