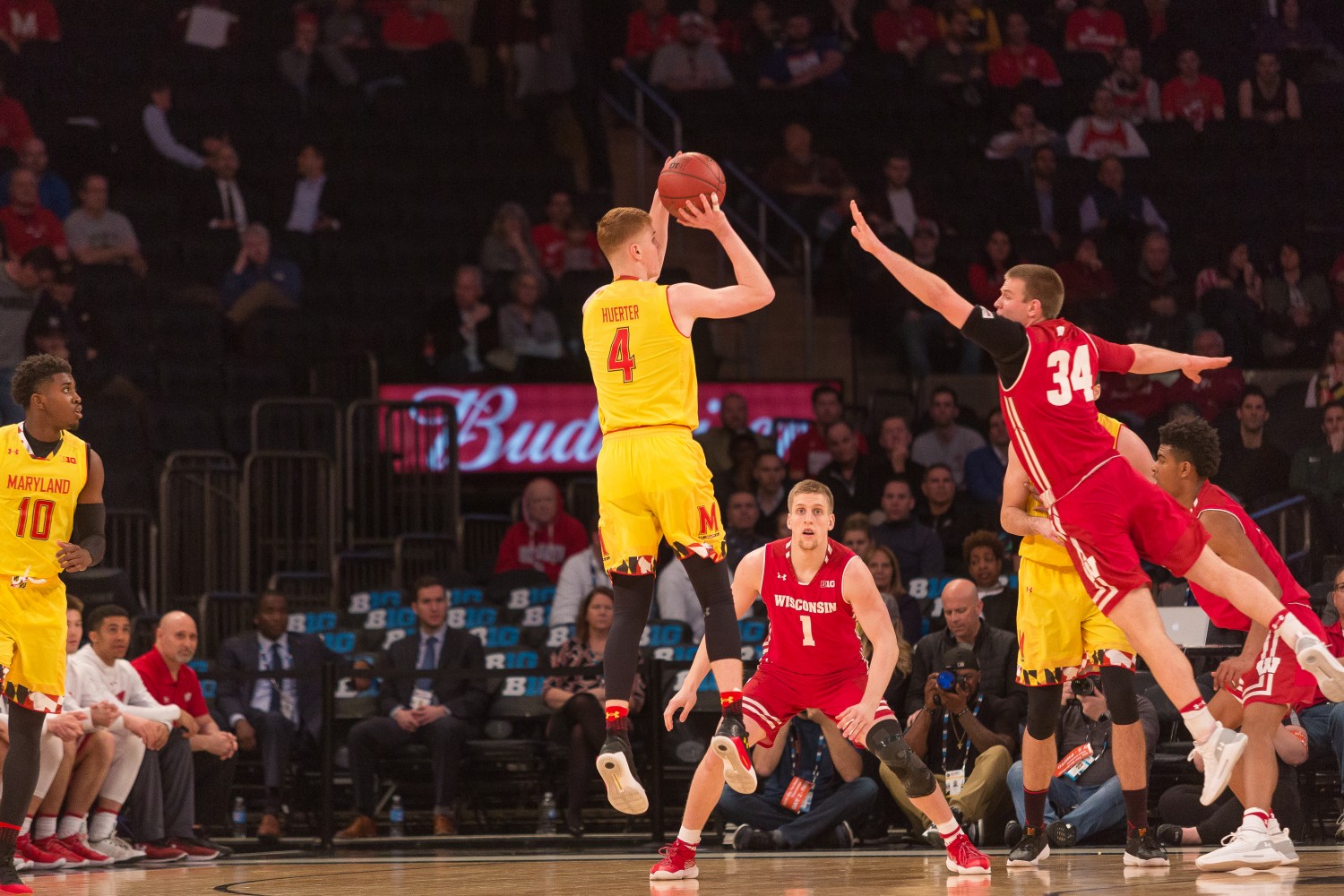 It’s never too early to think about next season.

Just one day after Villanova crushed Michigan to claim the 2017-18 men’s basketball championship, writers unveiled their incredibly early preseason polls for the 2018-2019 season.

Even with the departure of Justin Jackson to the NBA Draft and Dion Wiley transferring out of the program, many were not afraid to list Mark Turgeon’s squad highly due to its already existing core of Anthony Cowan, Kevin Huerter and Bruno Fernando.

To add to the riches, Maryland has a highly touted group of freshmen coming to College Park highlighted by five-star recruit Jalen Smith. If you’re not sold on the Jalen Smith hype, just watch his fire high school highlights.

Here is what the writers had to say about Maryland months ahead of the season:

“The Terrapins belong in the Top 25 (and one) because they’re expected to return the top three scorers from a top-40 KenPom team — most notably Anthony Cowan, who averaged a team-high 15.8 points and 5.1 assists this season. Bruno Fernando has NBA potential. So a breakout season from him won’t be shocking. And the prediction here is that Maryland competes at the top of the Big Ten and maybe even wins it.” – Gary Parrish

“Yes, Justin Jackson is heading to the NBA, but the Terps are bringing back their top three scorers from 2017-18 — Anthony Cowan (15.8 points per game), Kevin Huerter (14.8) and Bruno Fernando (10.3). Add to that the No. 14 recruiting class, led by 5-star big man Jalen Smith, and Maryland fans should expect to see their team back in the NCAA Tournament conversation next spring.” – Ryan Fagan

“Had the Terps returned Jackson and Wiley, they probably would have been in the top 15. But with those losses, they slide down a tick. Still, Cowan, Huerter and Fernando have potential to be legitimate stars in the Big Ten next season, and Morsell is a solid growing piece. In addition to those guys is a stellar recruiting class led by Smith, a 6-9 forward who should step right into the starting spot vacated by Jackson because of his length, natural coordination and athleticism. Wiggins is also a long, skilled wing off the bench who should be able to provide some scoring punch with his ability to hit 3s and attack closeouts. Talent-wise, this is a loaded roster, and with three open scholarships, Maryland has the potential to add to it this offseason. If coach Mark Turgeon can’t get the most out of them and at least get them to a solid seed in the NCAA Tournament, it would probably be fair for the Terps to move on next offseason.” – Sam Vecenie

“The Terps could be significantly improved next season if center Bruno Fernando sticks around for his sophomore year. He and incoming five-star forward Jalen Smith would be a dangerous pairing down low, while Anthony Cowan and Kevin Huerter should be back to lead the backcourt and top-40 recruit Aaron Wiggins arrives on the wing. Expect Maryland to be active on the grad transfer market as well, with St. John’s big man transfer Tariq Owens having already visited.” – Molly Geary

ESPN was the only major outlet to exclude the Terrapins.