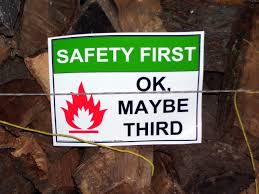 Under the leadership of Don Blankenship, Massey Energy Co. rose to become one of the largest producers of coal in the country. However, the company’s success did not come without costs.

Massey Energy risked the safety and health of many hard-working coal miners who endangered their lives each day they entered the company’s mines. Massey Energy frequently exposed its workers to hazardous coal dust and flammable gases, according to a 60 Minutes documentary. The company instructed workers on how to cheat on air-quality tests, created code words to signal the arrival of federal inspectors and instilled a corporate mentality of profit over safety within all of its employees.

Yet this practice of valuing profits over all else is not uncommon, and it is likely a result of cost-benefit analysis. The concept itself is self-explanatory. Create a two-sided list of projected costs and gains from a business decision and analyze which side outweighs the other. What’s difficult about this process is that it’s often very hard to quantify the outcomes, especially the intangibles and the nonmonetary ones. Most companies have greater goals, ones that deal not with profit, but bigger visions for the future. Just consider the many space-travel companies in existence today that engage in a very risky industry that promises slim prospects of monetary returns but significant opportunities for broadening humanity’s scientific horizons. However, in industries where these greater benefits are obscure, it becomes easy to neglect the intangibles and narrow down on profits.

An example of this can be found in the history of Ford Motor Co. In the 1970s, Ford developed the defective Pinto, which had its fuel tank located such that it tended to combust and set its occupants on fire during rear-end accidents. Ford calculated the costs it would take to repair all of the individual vehicles versus the costs it would incur from out-of-court settlements to victims if it did not correct the problem, concluding that it would be significantly cheaper if the company left the car alone. Ford paid the price for valuing profits over human life in $125 million of punitive damages.

Corporate responsibility is something that not only needs to be encouraged, but also mandated. For many companies, employee welfare and maintaining a positive image in the eyes of the public go hand in hand with increased profits. But the issue falls particularly hard on companies when the benefits reaped from corporate responsibility pale in comparison to opportunities for excess profit, such as the case of the Ford Pinto. This issue becomes dangerous, however, when a company gains leverage on its employees or customers who can’t afford to go on without the company itself.

This was exactly how Massey Energy was able to get away with countless years of exposing its employees to health hazards and life-threatening conditions. Coal is a commodity in high demand. The mining industry is the biggest industry in West Virginia. The workers could not afford to speak up about the illegal working conditions inside Massey coal mines because they relied so heavily on the company to make a living and support themselves and their families. When the company exacts this kind of influence on its employees, when upper management is then essentially able to use the lives of its lower-level employees as a means for self-enrichment, this is where the greatest threat lies.

Federal regulations exist to prevent this sort of abuse and detriment to the greater good from happening. The fact that Blankenship was able to flout these regulations so carelessly is an injustice to those who died as a result of his actions, those who are now impacted by permanent health conditions such as black lung disease, the family members who suffered the loss of their loved ones and the greater natural resource extraction industry. And although similar corporations are far from being considered even somewhat socially conscious, Blankenship’s morally repugnant actions do not reflect the standard of practices our nation needs in its industries.

William An is a freshman finance major. He can be reached at willandbk@gmail.com.