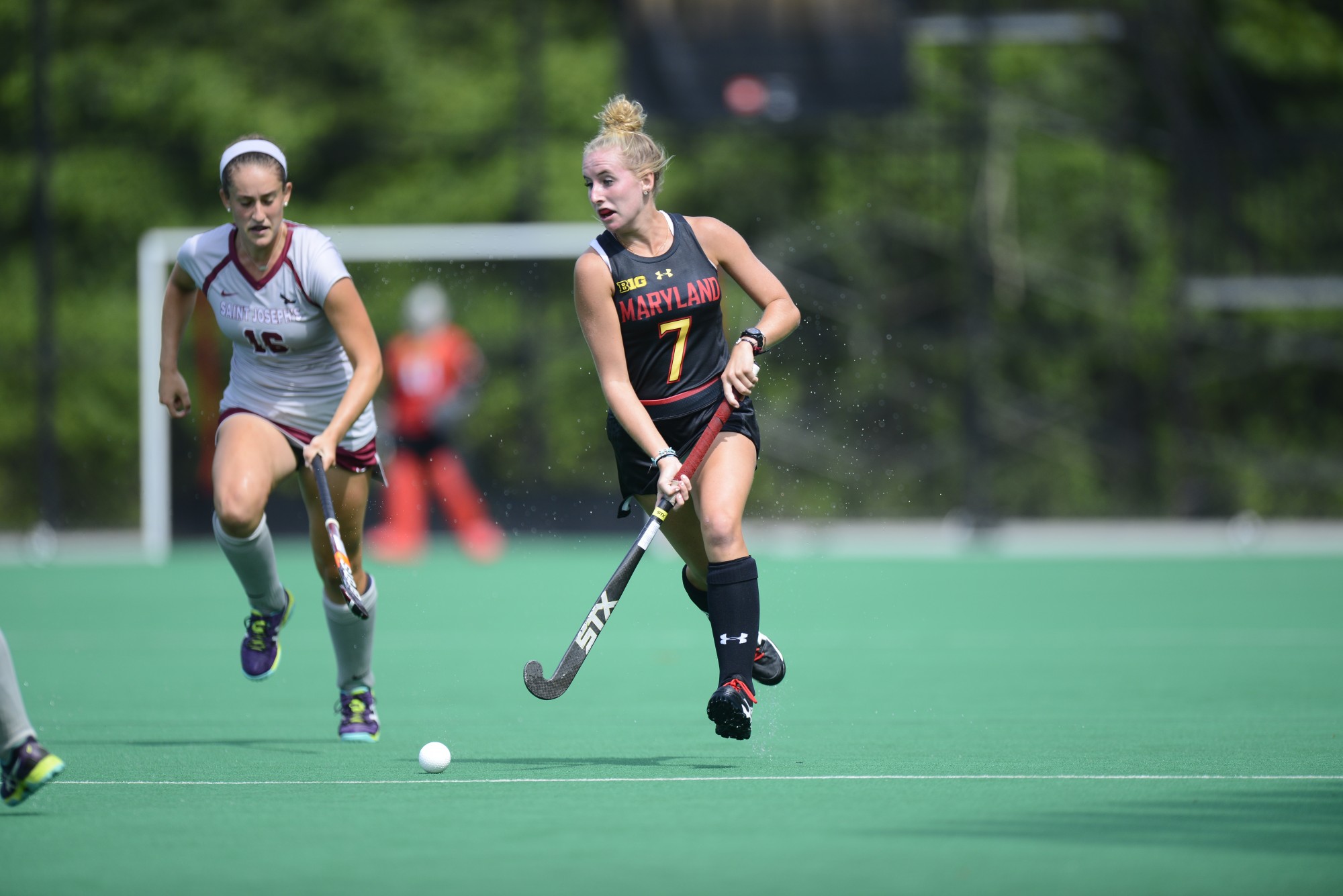 Maryland field hockey forward Kyler Greenwalt hopped twice and jumped into forward Sabrina Rhodes’ arms after scoring in the 49th minute of the No. 12 Terps’ 5-4 win against No. 3 Virginia on Tuesday.

Greenwalt’s finish gave the Terps five goals for the second time this season. It was the freshman’s second conversion of the game.

Maryland’s attack dominated the Cavaliers’ back line as coach Missy Meharg’s squad earned its second victory over a top-10 opponent in three days.

A second overtime period was needed against the No. 6 Penn State in College Park on Sunday, when defender Carrie Hanks’ shot early in the second overtime lifted the squad.

No extra time was needed against the Cavaliers. Maryland cruised for much of the contest against Virginia.

“It was just a matter of time,” Meharg said. “It’s good to have a variety of women scoring goals.”

It appeared the unit would be challenged from the outset, when Virginia’s defense pressured the Terps in the first five minutes, at times sending multiple players toward one Maryland attacker.

In the fifth minute, Virginia midfielder Izzy McDonough picked up the ball off a failed penalty corner attempt and deposited it into the net, giving the Cavaliers a momentary 1-0 edge.

During a stint in which Maryland lost three of four contests at the end of September, the Terps attack might have stalled after conceding early. Slow starts have plagued Maryland on numerous occasions this year.

Instead, the Terps capitalized on the fact that the Cavaliers didn’t have a “plug” in the middle of the field, Meharg said. That created 4-on-3 matchups that favored Maryland down the field.

Maryland controlled the tempo from that point.

Defender Melissa Wilken added another score to give Maryland a 4-1 lead at the intermission. The Terps outshot the Cavaliers, 10-4, in the first half.

Still, the Terps allowed the Cavaliers to score three straight goals over about a 10 minute span before the game concluded, giving Virginia’s potent attack a chance to tie the game. But Maryland maintained its one-goal advantage for the final 56 seconds.

Meharg said after the Terps’ win against Penn State that her team is currently playing its best hockey. That much was clear Tuesday, when one of its most dominant efforts this season came against one of the best teams in the country.