Review: Season three of ‘Queer Eye’ is more dynamic and diverse than seasons past 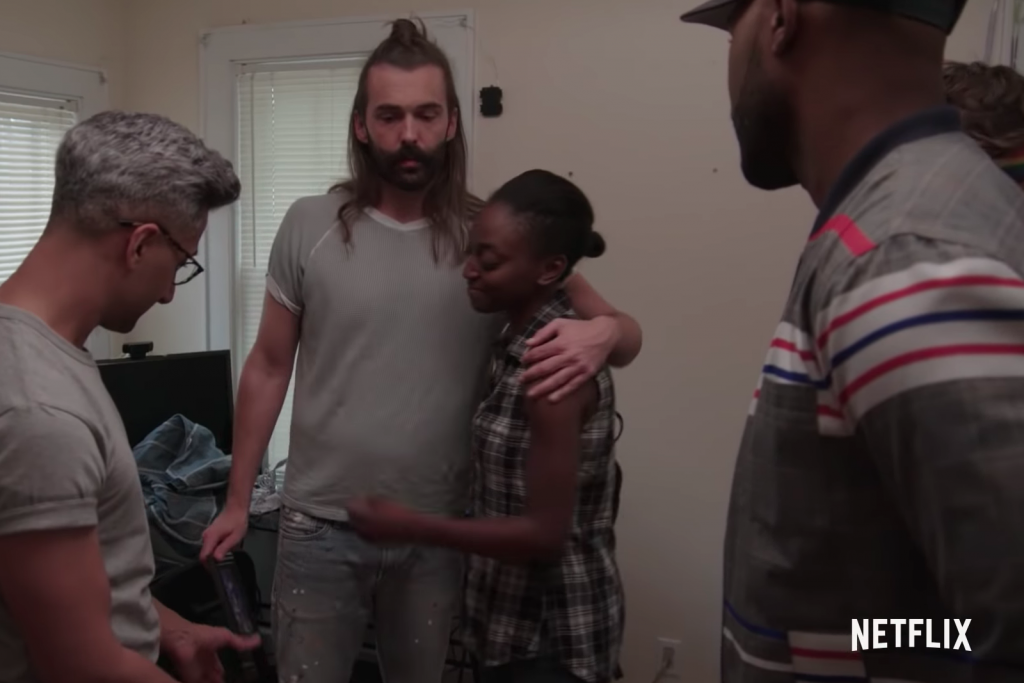 Trailer for the third season of the Netflix Original, 'Queer Eye' (Photo via YouTube).

Season three of Queer Eye has nailed down its spot as the only must-watch home/body/wardrobe/lifestyle makeover show. Rife with emotional storylines that resonate with each member of the Fab Five, the new season doesn’t miss a beat while drawing tears and creating genuine connections.

The show adds flavor to the tried and true formula of the first two seasons, which drew so much from the original series, Queer Eye for the Straight Guy. The gang has moved away from the dated tone of original series by incorporating an incredibly diverse cast of “heroes” (the clients who are made over), in terms of gender, sexual orientation and race. The Fab Five is showing their ability to help all sorts of people, and showing the world that these people all ultimately aspire to the same things.

Watching this season felt so incredibly different from earlier episodes because of the concrete dynamic between the boys. Although they’ve always seemed to be comfortable with one another, it’s clear that in the time since the first two seasons — which were shot and released nearly back-to-back — that they’ve become less like friends, and more like family.

Part of the genuine charm of the show is that while the camera is focused on certain conversations and cast members, the others can often be seen in the background fooling around. It’s like watching a gaggle of children who have been given permission to tear someone’s life and house to pieces — before building it back up better, of course.

The members of the Fab Five have also become so much more comfortable on screen (even if it’s hard to believe Jonathan Van Ness was ever camera-shy). There’s a new kind of vulnerability to them. Even Tan France cries at one point — a once-a-season treat, if that.

This season moves on from the revelations of the past and begins to show healing and growth. It’s the perfect example of what the crew hopes to promote among the heroes of the show — continued growth, fostered by realizing the love of those around them.

In the past, we’ve seen Bobby Berk struggle to bring up issues of abandonment and homelessness, but this season he draws on his past to personally connect with a hero whose story is eerily similar. Although Jonathan has more dramatic screams and general silliness than ever, he also gets to share his story of losing a parent to cancer while bonding with a hero who lost his wife.

As one of the heroes says, before meeting the Fab Five she had “given up on kind, genuine people.” The trailer for this season didn’t skip a beat in proclaiming that this season would be about revolutionary, complete self-love. The ability to be loved by the Fab Five empowers the heroes on the show to realize they are capable of loving themselves.

[Read more: Review: ‘Queer Eye’ is back with an updated style]

There is nothing like watching one woman go from believing she’s never been beautiful to saying, without shame, that she looks “like a movie star.” The makeovers are usually simple — an “elevated” wardrobe, some sunscreen and chopped veggies — but the change in self-confidence leads to on-screen transformations you have to see to believe.

Not all of the makeover aspects are subtle. As plenty of Twitter users have pointed out, most of the Fab Five get to mess around and talk about feelings for the week, while design expert Bobby does several months worth of renovations in a couple of days.

But of course, we love them all. And while Antoni Porowski does even less real cooking than usual this season, the producers really know how to pander to us by showing his muscles: Get ready for a superfluous and gorgeously sweaty workout scene.