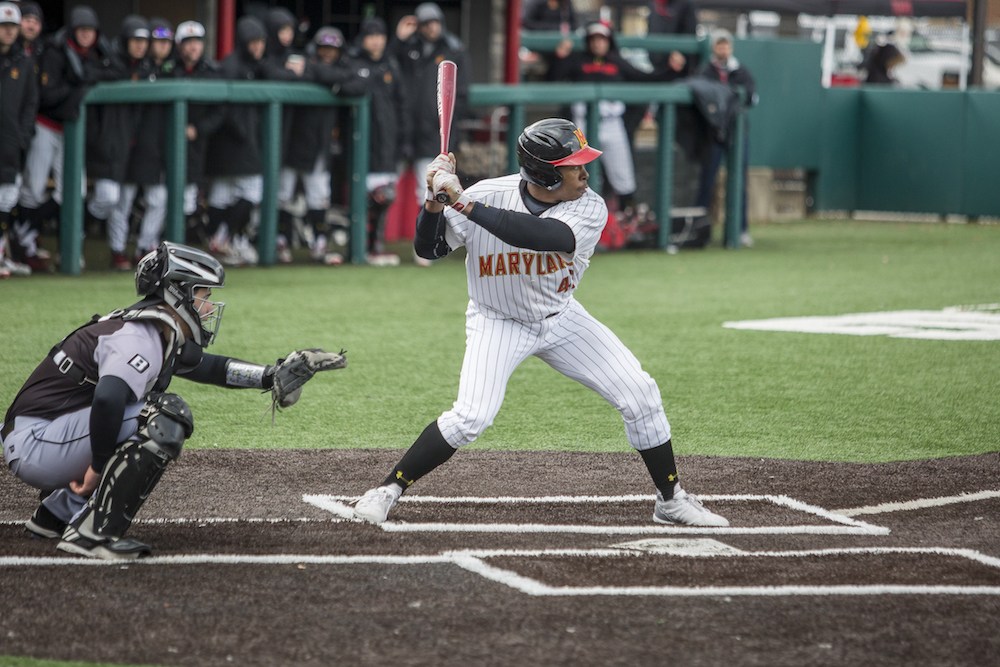 Maryland baseball left fielder Marty Costes glanced back at his bench Friday before stepping into the batter’s box as leadoff man for the first time since he was a Little Leaguer. After seeing his teammates’ excitement, he squared up Tennessee right-hander Zach Linginfelter’s mid-90s fastball and laced it into center field.

It was that hit, coach Rob Vaughn said, that helped set the tone for the Terps’ season-opening series win against an SEC opponent. Costes, who batted primarily in the three-hole last season and tied for a team-high 13 home runs, melded into a new place in Vaughn’s lineup.

Costes’ shift to the leadoff role transcends Maryland and is indicative of a larger shift in baseball, where traditional speedsters can add an element of power to a batting order to create tricky matchups. Costes proved his dynamic abilities in the Terps’ opening series, hitting .308 with one home run, four RBIs and three runs.

“I’m a Houston Astros guy. I grew up in Houston,” Vaughn said at spring sports media day. “So, you watch [leadoff hitter] George Springer launch balls into the next stratosphere, there is part of it. The beauty of a guy like [Costes], though, is it’s not just raw power. He’s a very complete hitter. He can handle the strike zone. He’s got good strike zone discipline. He can handle breaking balls.”

Costes said he wants to integrate parts of Springer’s game into his own.

But when Vaughn reached out to Costes to gauge his interest in the leadoff role, Costes said he didn’t mind where he was in the lineup. Costes drove in 46 base runners last spring, second most on the team, but he didn’t fear a dip in production.

Maryland’s performance at the bottom of the lineup, especially from right fielder Randy Bednar, allowed Costes to come through in key areas of the game. With Bednar on first base in the ninth inning Friday, Costes split the right-center field gap with a double to bring in an insurance run. He throttled another double to drive in the go-ahead runs in the final frame in the first game of Sunday’s doubleheader.

In his first at-bat in the series finale, Costes launched the fourth pitch of the contest over the left field fence.

“He’s someone who comes to the plate to lead off the game and pitchers are afraid to try to get ahead with a fastball right down the middle,” center fielder Zach Jancarski said. “He’s getting his swing off, setting the tone right there even if he gets out, that we’re going to get our barrels moving, and you better duck because it’s coming.”

Jancarski, who mainly batted leadoff last season, is now in the two-hole. He thinks there’s enough talent throughout the rest of the lineup to afford moving Costes away from the clean-up spots.

Jancarski said the classic convention for a leadoff hitter is to work the count to examine a pitcher’s arsenal. But Costes takes a slightly different approach, as the Baltimore native tries to unsteady a pitcher from the start.

“I wouldn’t want to face Marty to lead off the game,” Vaughn said. “We’re trying to get our guys to play with a lot of freedom. Trying to get them to play unafraid to crash and burn, is kind of the language we use a lot.”