The RHA wants to bring dockless scooters to UMD 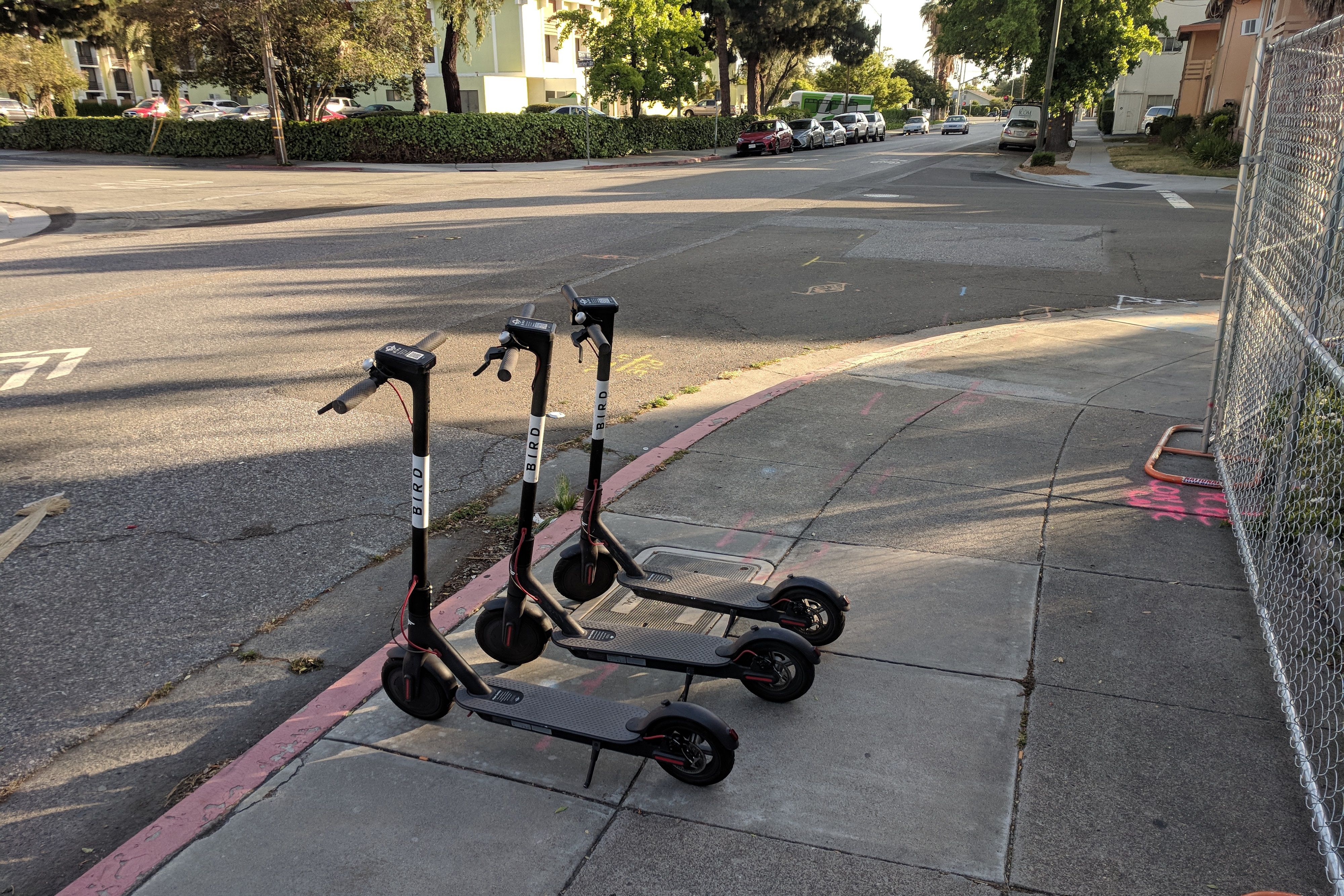 Bird scooters could be on the way to College Park as part of a 50-scooter pilot program. (Image via Wikimedia Commons)

The University of Maryland RHA passed a resolution Tuesday in support of DOTS’ initiative to implement electric scooters on the campus.

Department of Transportation Services spokesperson Cara Fleck wrote in an email that nothing is set in stone, as DOTS is still in discussion with College Park and other stakeholders about “the feasibility of electric scooters on campus and in the community.”

But the Residence Hall Association thinks the department will “likely be contracting” with the California-based scooter company Bird, said Quintin Harry, the Transportation Advisory Committee chair who proposed the resolution.

At the RHA’s meeting Tuesday, the proposal passed in a 28-15 vote, after close to 30 minutes of debate.

Bird allows for dockless sharing of e-scooters throughout a designated area. The company has offered to drop 200 scooters on the campus, although DOTS wants only 50 for its pilot year, Harry said.

Using the company’s free mobile app, Birds can be rented for $1 to start, with an additional 15 cents added to the price for every minute the scooter is in use.

“With how cheap Birds are, it just offers a lot of opportunities to people,” said Harry, a freshman economics major.

While DOTS hasn’t determined how it would pay for the scooters, Fleck pledged that it would not be funded by student fees.

“If we’re able to bring electric scooters to campus, the funding would depend on the provider,” she wrote.

DOTS’ contract with the bike-sharing company Zagster — which provides the bikes for the mBike program — is set to expire in May, and Harry said the RHA isn’t sure how long a new round of negotiations would last. This resolution was proposed to provide additional personal transportation for students in the event that the contract is not renewed.

DOTS would provide safety training and distribute free helmets to students, who would be able to ride the scooters throughout the campus, and potentially within the city.

“There will be a limit of using them inside of campus, and then [DOTS] will be pushing city hall to come up with a policy that’ll allow Birds to be on the streets as well,” Harry said.

The company requires that riders have a valid driver’s license and be at least 18 years of age. Bird recommends one rider per e-scooter, and states in its rental agreement that all users follow all traffic rules specific to their area, including helmet laws.

Scooters at this university would have to follow the same rules as bikes do, meaning they’d have to be ridden in bike lanes — not on sidewalks — and parked at designated spots, Harry said.

Students will also be required to wear a helmet — which will be provided for free — while they ride on the campus, he said.

At Tuesday’s RHA meeting, legislators raised concerns about the safety of the scooters, as well as the geofencing system that restricts their movement.

Michael Hinke, a senator and freshman computer science major, said the department was considering putting a time cut-off on the scooters to allow them to charge at one of the 24 “nests” or docking stations around campus — and also to prevent students from riding while drunk.

Senator and senior computer engineering major Shawn Verma asked whether the speed would be limited to less than 15 miles per hour in certain areas around campus.

Harry said that while the TAC committee hadn’t discussed the specifics of speed regulation yet, they were considering geofencing McKeldin Mall. Scooters would also have to follow the same rules as bikes, meaning they wouldn’t be allowed to be driven on sidewalks.

Chief information officer Hunter Marsh, a sophomore government and politics major, said that the pilot would “test the waters” of these concerns.