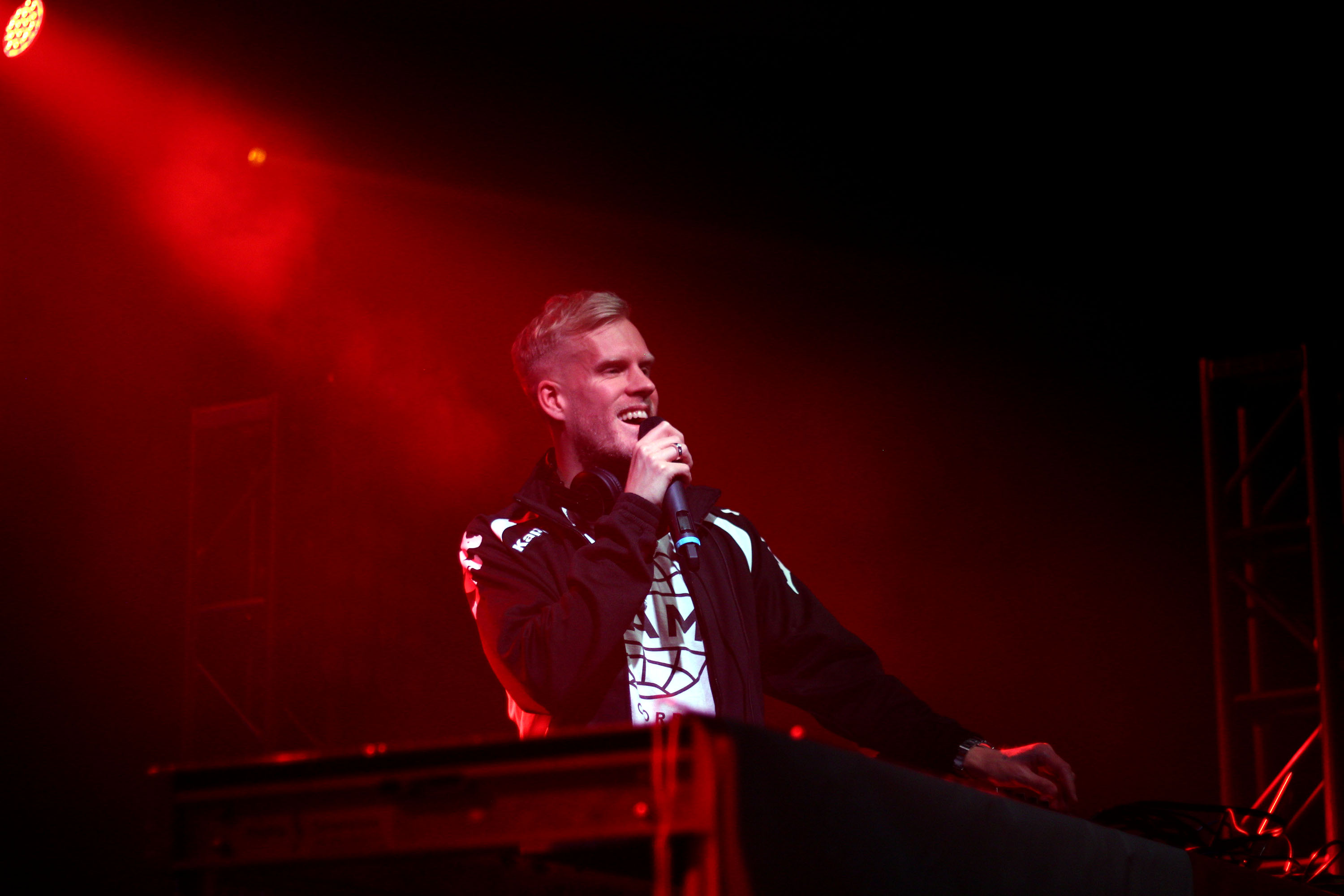 Snakehips, a DJ from London, was the headliner from SEE’s Fallapalooza. (Julia Lerner/The Diamondback)

Oliver Lee was the only member of electronic music duo Snakehips to perform at SEE’s Fallapalooza on Oct. 12.

But on stage, he had easily enough energy for two people as he played to an energetic crowd in gymnasium-turned-EDM-venue Ritchie Coliseum.

And as if to prove the point, two hours later he was on stage, screaming, “I eat that pussy like a monster” as he played Meek Mill’s banger to a crowd of frat bros and EDM nerds alike.

You know, the definition of good vibes.

But with a thrilling light show, which made the coliseumcq downright rave-like, and sound that flirted with house and hip-hop without ever leaving the party, Snakehips put on a show that catered to the varied sonic palettes in the room.

“It feels like a house party right now,” Lee shouted on stage before playing “All Night” by Chance the Rapper. It wasn’t quite true — there were too few plastic handles of cheap vodka and reused shot glasses to thrust the night into true house party territory. But that’s not to say people didn’t have a good (and largely hangover-less!) time.

While original hits such as “All My Friends” with Chance and Tinashe and “Don’t Leave” with MØ went over well with everyone, the majority of the set was popular rap — Post Malone’s “Congratulations” and Cardi B’s “Bodak Yellow” elicited obvious reactions from the crowd — and cookie-cutter EDM.

And while Snakehips has largely stayed away from the tired buildup-drop-buildup-drop of much electronic music in their own songs, the set stuck to the tried-and-true formula.

It clearly didn’t matter to fans enjoying the quick dose of “good vibes” that came with each brain-rattling bass blast.

And for an EDM-centric student event like Fallapalooza, that’s what people seem to want — bangers, big hits and bright lights.

Luckily, in those categories, you can’t ask for a better duo (or, uh, single guy) than Snakehips.