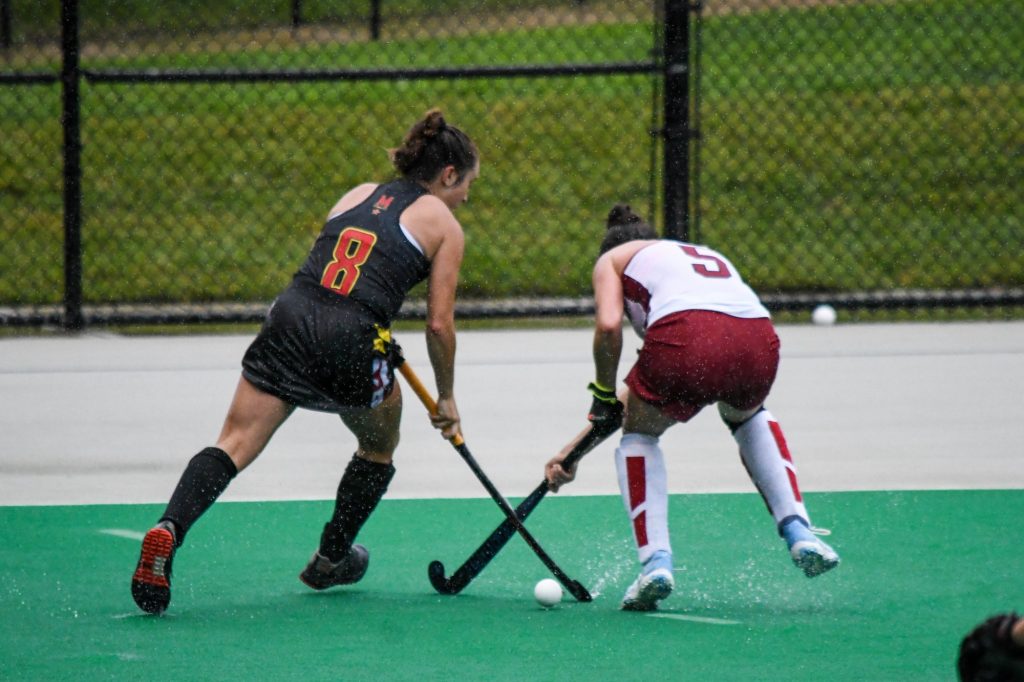 Despite Maryland field hockey’s 5-1 win over Michigan State on Saturday, coach Missy Meharg was unimpressed with the team’s start.

The Terps took four shots within the first six minutes, but weren’t able to score until the 19th minute, on their 10th shot, when Maryland slotted home a second-effort chance on a penalty corner.

While No. 3 Maryland found a rhythm and dispensed the Spartans, another slow start could prove problematic Tuesday against No. 5 Princeton, and Meharg has implored her squad to get off the block sooner.

“One of the hardest parts about a game is getting that first goal because it goes on and on and statistically you can be a better team, but if the other team puts up a good fight the more energy they get the longer it takes for you to score a goal,” forward Mayv Clune said. “Once we got that first goal everything kind of fell into place and it’s good to continue with the energy that we get. We have to start off that way every single game.”

When Princeton and Maryland last met, finding that first goal was a challenge for the Terps. The Tigers took a lead shortly before the fourth minute and notched another in the first half, leaving the Terps down 2-0 entering the intermission.

Maryland didn’t find the back of the net until 45:59 into the contest, a penalty corner goal from defender Bodil Keus. They failed to find an equalizer and lost to the Tigers.

But the Terps enter Tuesday’s game in a much different position than this time last season. The team has won the first eight games of the campaign, securing its best start since 2013. On this run, the Terps have beaten four ranked opponents.

“[We’re focused on] just going out and playing our game, and not letting them get into our head,” midfielder Brooke DeBerdine said. “We know if we play well together we’ll be successful.”

One of the keys for a quick start is the team’s pregame routine. DeBerdine said the players have their own chant they do as a team without coaches before every game in the locker room. Then, they take the field for warmups, where assistant strength and conditioning coach Will Franco helps get the team “fired up.”

As Maryland begins a gauntlet against nine ranked opponents during its last 10 games, the Terps’ start will be a major factor in continuing their winning streak. That test begins Tuesday when they travel to Princeton.

“If we can dominate the first you know 12 minutes, 20 minutes,” Meharg said, “we’re going to be in a really good place.”