UMD doesn’t have to pay P.G. County’s minimum wage. These groups want to change that. 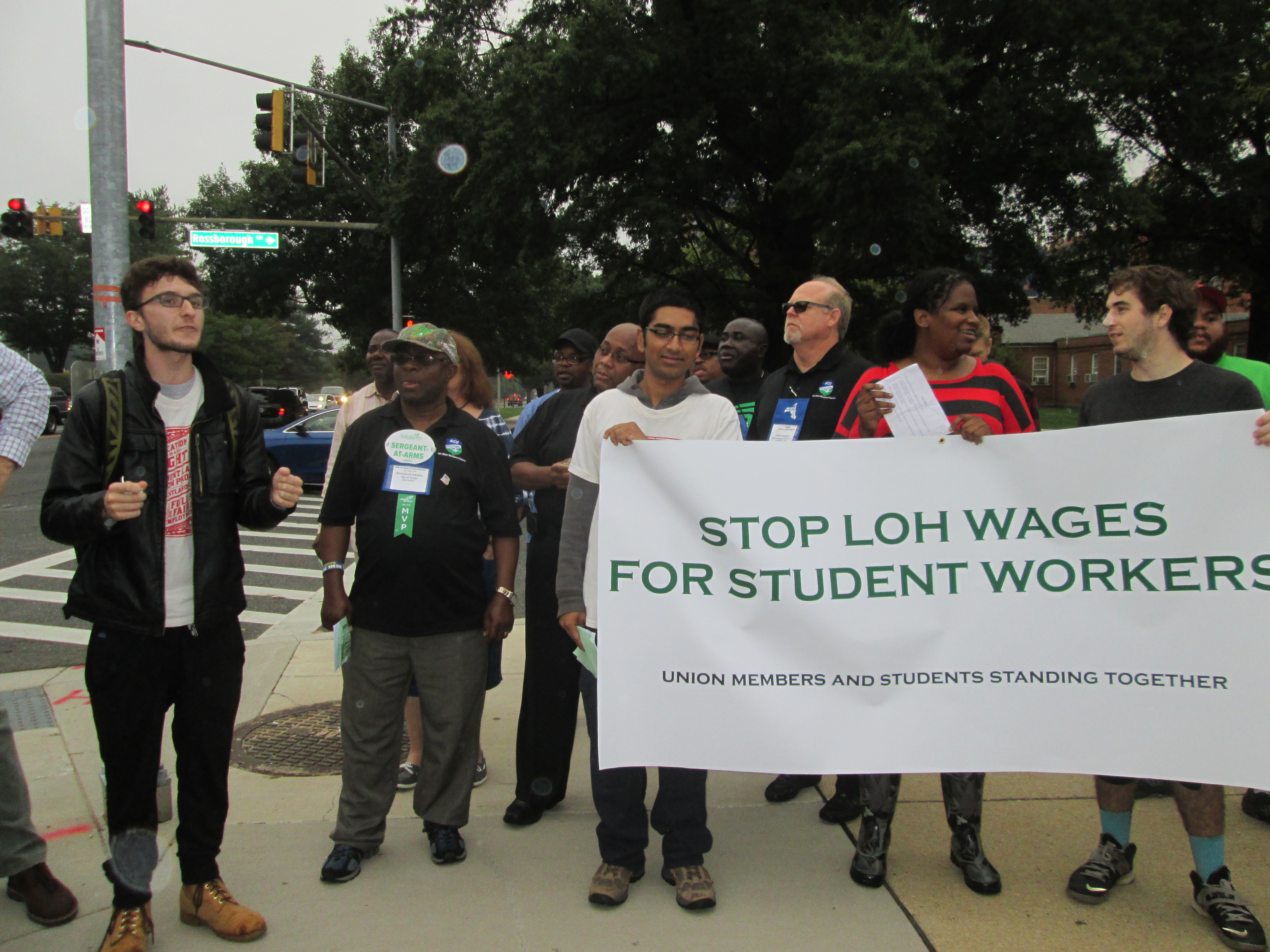 Prince George’s County’s minimum wage increased Saturday from $9.55 per hour to $10.75 per hour, but the change won’t impact many University of Maryland students, who may instead make the state minimum wage of $8.75 per hour.

That’s what the Student Labor Action Project and the American Federation of State, County and Municipal Employees were hoping to change with its Friday rally in front of Ritchie Coliseum. About 50 people participated in the rally; many attendees were not students and included federation union members.

“We are hoping to inform people of some of the issues, to get them thinking about what’s happening on-campus … [and] what the state university is doing,” said Craig Newman, federation local union secretary.

A secondary purpose of the rally was to protest the university’s plan to eliminate almost 3,000 parking spaces by fall 2018, according to the Department of Transportation Services.

Ronald Lyles, a junior government and politics major, started working in the Art-Sociology Building about two weeks ago. Because he’s from this county, he said he’s suddenly making two dollars per hour less than what he’s used to.

“We have to protest,” Lyles said. “I don’t come from a good family, so I need as much money as possible in order to support myself, in order to continue going to this university.”

Though Lyles is a transfer student, he participated in a sit-in with SLAP several months before coming to this university. He said was so impressed with the group that he “was just like, ‘Yo, I have to become a part of this. I just have to.'”

Groups of people stood on both sides of Route 1, in front of Ritchie Coliseum and in front of Rossborough Inn, holding signs and chanting, “Hey Loh, get off it! Put workers over profit!” and “Whose campus? Our campus!” Some cars driving by honked in support.

“What kind of university decides that it’s a good decision to tear down parking spaces with no idea of how to build new ones and instead build in their place new athletic buildings?” rally organizer Chris Bangert-Drowns shouted to a booing crowd. “We are here today to tell President Loh that their priorities need to shift towards the interests of students and workers,” the senior economics major said.

Veronica Bonds, an office services clerk and state employee from Baltimore, said she was glad to see “people getting involved [at the rally] so we can have some money on our side so we can work towards raising this minimum wage.​”

At the time of publication, university officials were not available for comment.​