Bassem Youssef, “The Jon Stewart of Egypt,” to discuss satire and free speech in two-day event 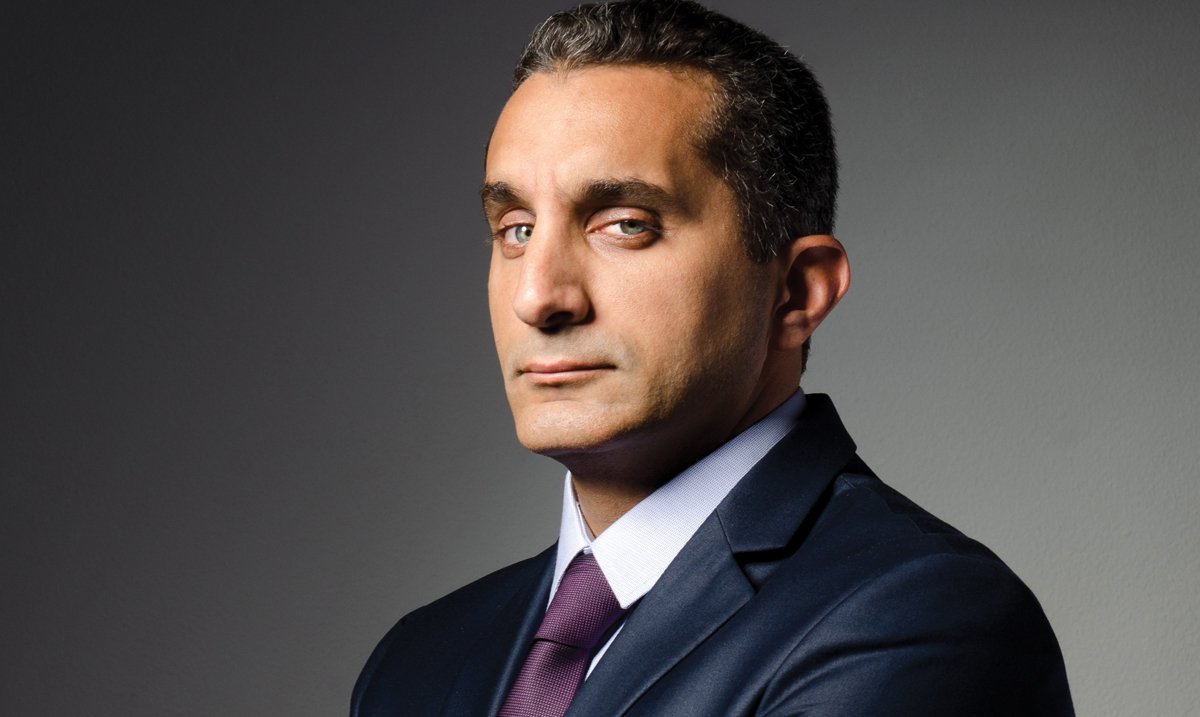 He became a nationwide sensation in Egypt for brash critiques of his country’s government. He rose to prominence speaking out against the state-influenced media on his YouTube segment, The B+ Show, which garnered millions of views. He soon after hosted Al-Bernameg, which became the first live show in Egypt with a real studio audience.

And because of pushback from the government for his public dissent, he had to cancel his show after three seasons and relocate to the United States before things got worse.

Now, Bassem Youssef — also known as the “Jon Stewart of Egypt” — is speaking at this university today and tomorrow about those experiences and the potential for satire to spark meaningful change.

Just don’t call him a comedian. Youssef instead prefers the term “satirist.” That distinction is something he said will be clear in his two speeches.

“This is not a stand-up comedy show,” Youssef said. “I don’t think I’m as funny as a comedian would be. For comedians, it is a totally different thing because they are supposed to make you laugh at things that are trivial or are light. In satire we do more of darker, edgier stuff.”

Both of Youssef’s appearances will occur at 8 p.m. in the Gildenhorn Recital Hall at The Clarice Smith Performing Arts Center. Tonight’s event will be in English, with tomorrow’s talk in Arabic.

The first thing Youssef hopes to get across to those attending the pair of shows is the power of satire.

“I believe in the message of satire,” he said. “Satire can serve as a great outlet for people to express themselves in a nonviolent way.”

And satire certainly gave him an avenue to do just that while he was back in Egypt.

Inspired by the Arab Spring of 2011, Youssef began uploading five-minute episodes of The B+ Show on Youtube. He amassed more than five million views in just the first three months of the show, eviscerating media coverage of uprisings in Egypt with his razor-sharp wit.

Youssef’s expanding influence landed him his television show, Al-Bernameg, which premiered later in 2011. The show — which in the first season alone consisted of more than 100 30-minute episodes — quickly became a way for prominent people to voice their dissatisfaction with the Egyptian government.

The show had no qualms targeting the most powerful figures in Egyptian politics and culture with unabashed humor, including then-President Mohamed Morsi during its second season.

But Morsi did not take kindly to Youssef’s parodies of him and his regime. An arrest warrant was issued for Youssef on March 30, 2013, claiming he disparaged both Morsi and Islam. He was released the following day on a bail that amounted to $15,000 in Egyptian pounds.

Al-Bernameg also ran into disputes with the television networks it had contracts with. In 2013, Capital Broadcast Center stopped airing the show’s second season because of the growing complaints it was receiving — or, in the words of the company’s official statement, “the show has not been abiding by the editorial policy of the network.”

The show continued with its third season on a new channel, MBC Masr, but that relationship proved to be short-lived. MBC Masr announced in April 2014 that it would delay all broadcasts of the show until late May, after the 2014 Egyptian presidential election, because it wanted “to avoid influencing Egyptian voters’ opinion and public opinion.”

The following month, Youssef formally announced the cancellation of Al-Bernameg.

“For decades, the media in Egypt was a one-way street; whatever the government dictated is what happened,” he said. “This was kind of fighting back against that establishment and giving people power to have their say on what the media is telling them. And what better tool to use than satire?”

Youssef’s relocation to the U.S. hasn’t stopped his career. He hosted the 43rd International Emmy Awards on Nov. 23, 2015, and recently worked on The Democracy Handbook, a 10-part online series collaboration between himself and Fusion that premiered July 14.

In The Democracy Handbook, he travels throughout the country, talking directly with U.S. citizens and those in power. Youssef said he hopes to shine a light on different problems the U.S. is grappling with by presenting it from the vantage point of someone relatively new to the country.

“To have an outsider perspective of American politics is something that [Fusion and I] found interesting,” he said. “Traveling around, I mean, I wouldn’t say that I was shocked, because I think Fox News trains you for what to really expect, especially on the right-wing level.”

Youssef doesn’t intend for his pair of speeches to be solely centered on the issues plaguing the media in Egypt. Instead, he hopes to leave students questioning the systems of control that are present in their own lives.

Bassem Youssef will have two speeches in The Clarice’s Gildenhorn Recital Hall Sept. 20 in English and Sept. 21 in Arabic, both at 8 p.m. General public tickets are $25 for non-student adults and $10 for youth and university students.