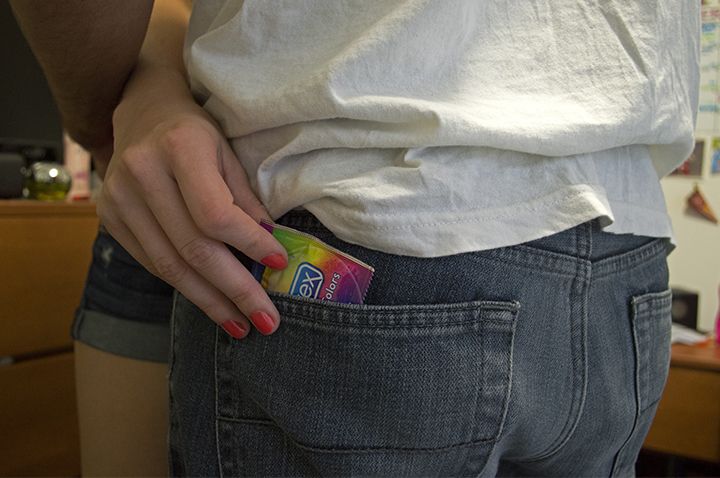 In the opening scenes of the 2007 coming-of-age film Superbad, Jonah Hill’s character, Seth, fears his ill-fated plans to lose his virginity may fail. But his best friend, and fellow virgin, Evan (played by Michael Cera) assures him that their long-awaited struggle to get a woman into bed will end when they graduate in a few short weeks.

“You’ll have sex in college,” Evan said. “Everyone does.”

Pop culture is rife with references to the seemingly endless sexual experiences those who attend college are bound to have. But new research shows that sexual frequency between those born in the 1990s — Millenials and post-millennials — is lower than every other generation.

The percentage of men and women aged 15-44 who have had five or more sexual partners within the past 12 months declined between the years 2002 and 2015, according to a study by the Centers for Disease Control and Prevention.

While it appears intercourse is happening less often among college students, the assumption that everyone is having sex still persists, according to some University of Maryland students.

“I think it comes from stereotypes on TV,” said Nicole Peak, a senior music education major.

“With teen shows, they depict college as a giant party scene with no actual academic work and with it all circled around sex.”

Marcel Massarani, a junior government and politics major, said specific college experiences such as Greek life and going to bars helps perpetuate the stereotype that everyone is experiencing endless happy endings.

Intercourse is the “optimal social goal for most people here,” said Massarani. This makes it “hard to bail on all of it and commit to something your friends are not committed to,” like serious relationships, he said.

One reason sex may appear commonplace is the conversation around it has become more socially acceptable, Peak said.

“In today’s society, the younger generation are more able to accept sexuality,” she said. “Sex is becoming a more household word than ever before, and being able to talk about sex makes students feel more comfortable doing it.”

The research appears to back this up. With the percentage of American college-aged adolescents reporting no religious affiliation doubling between the early 1970s and 2015, abstinence for religious reasons is declining, and the rise of smartphone use and social media have pushed sex into the public sphere.

The 21st century has been “shaped by the smartphone and by the concomitant rise of social media,” wrote Jean Twenge, a psychology professor at San Diego State University, in a September 2017 article for The Atlantic.

Twenge — who has been researching psychological differences among generations for 25 years — found that from the late 1990s to the early 21st century, American adults report having intercourse about 9 fewer times per year.

Rates of depression and suicide have significantly increased since 2011 and can be traced back to people’s phone usage, Twenge wrote. She added that fewer young Americans are dating, but that they have more time on their hands than past generations did. She came to the conclusion that people are spending all of that extra time on their phones rather than interacting with others in person and having intercourse.

“Research into the impact of technology use and sex is still a pretty new area,” said Sandra Saperstein, a lecturer at this university’s public health school. But researchers see a link between increase of social anxiety and depression within the post-millennial age group and increase in smartphone and social media use.

39 percent of people between the ages 18 and 29 said they go online using any device “almost constantly,” according to a study from the Pew Research Center.

“Stress makes you lose your sex drive,” said Caroline Spillane, a junior government and politics major. And one of the reasons post-millennials are so stressed is because their “friends’” social media updates make them feel left out.

Stress, depression and an abundance of virtual interaction all make it more difficult for people to feel confident and socialize with strangers — resulting in fewer relationships and less frequent sex, research shows.

Spillane and Liza Kessler, a junior psychology major, both acknowledged this decline and the effects of technology on young adults’ time and intimacy.

“People hide behind their phones all of the time,” Kessler said.