Maryland gymnastics climbs to program-best No. 8 in national rankings after first meet 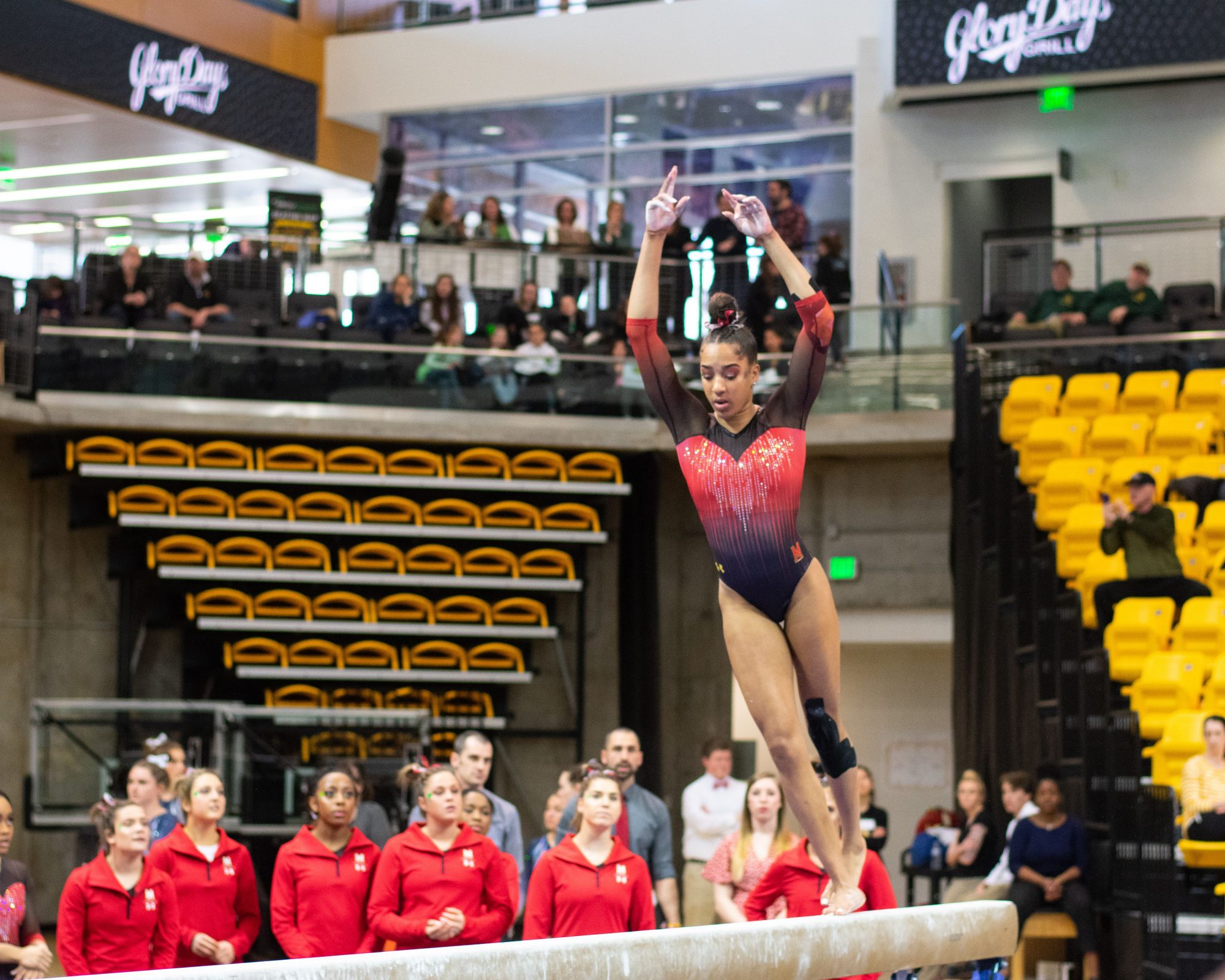 Maryland was not ranked in the top 25 prior to the start of the season, but with the eighth-highest average score after one week of college gymnastics, the team cracked the top-10.

The Terps now sit just two spots behind Minnesota — the highest-ranked Big Ten squad. The Golden Gophers put up a 196.475 score in their first meet compared to Maryland’s 196.150.

The Maryland coaching staff was impressed with the work put in during the preseason, and coach Brett Nelligan praised the gymnasts’ effort in practice as a primary reason for the strong start to the campaign.

“I’m proud of them for working so hard to this point,” Nelligan said. “I just want to get back in the gym and keep working hard.”

In Saturday’s meet against George Washington and West Chester University, Nelligan’s squad excelled on the vault, scoring a 49.200 in that event. As a result, the Terps are now ranked fifth on vault, and they also landed in the top-25 on bars and beam.

Junior Audrey Barber was the only gymnast to compete all-around in the first meet, and she accounted for 39.325 of Maryland’s final score. Barber and the Terps will take on Iowa at home Sunday in their first Big Ten meet of the season.